The event will take place in Berlin and Glasgow from 2-12 August, and will see 1,500 European athletes competing in athletics in Germany and 3,000 across the other six sports in Scotland.

It will be broadcast across European television network the Eurovision Network, which is free to watch, and across radio and online. The European Championships will take place every four years. 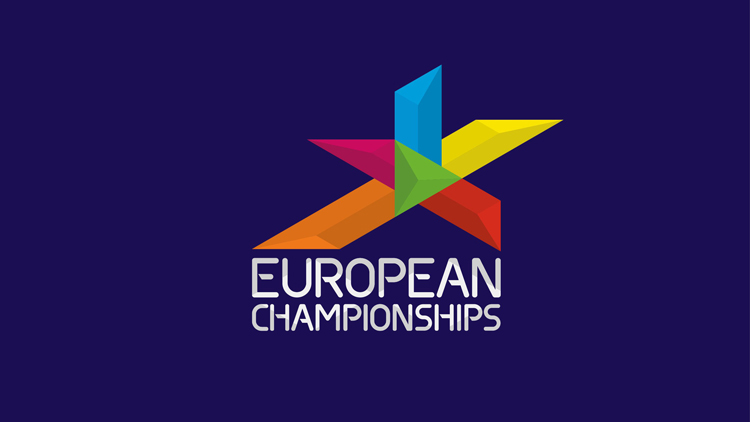 Designwerk’s branding for the new event is based on the concept of the “Mark of a Champion”, and centres around a multi-coloured star logo, which looks to reflect the multi-disciplinary nature of the championships, says studio founder, Cristian Cook.

“With so many sports, it just made sense to create a more colourful platform,” he says. “Each colour depicts a quality or trait of a ‘champion’ – such as determination, fortitude or desire.”

The star symbol also looks to hint towards the shape of a human figure, he adds, as the event is “all about people”. 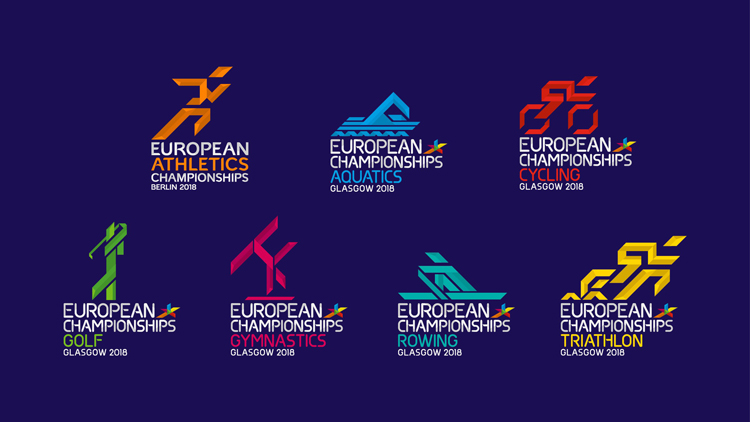 The name of the event appears underneath the colourful star, set in a bespoke, white-and-grey, all-caps, sans-serif typeface based on Greyscale, and the core palette includes bright shades of blue, green, red, pink, yellow and orange, with a dark purple used as a background colour.

A suite of icons has been designed to reflect different sports, and appear in the same geometric style as the core star symbol. 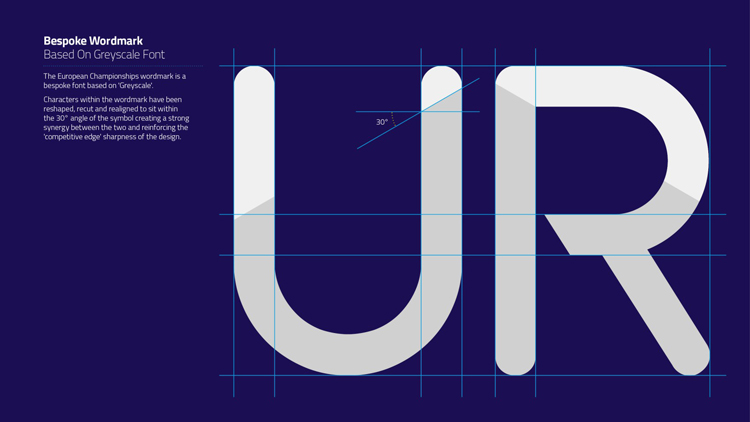 The bespoke Greyscale-inspired typeface has been used as the main type throughout branding, and features letters that have been “shaped, recut and realigned” to sit within a 30-degree angle. This mirrors the angles created within the logo and sport pictograms, which looks to create a “synergy between them” and also signify sharpness, to symbolise a “competitive edge”, says Cook.

“The graphic language coupled with the angular, sharp, crystalline shapes illustrate a fragmented quality that help reflect the breaking of records,” he adds. 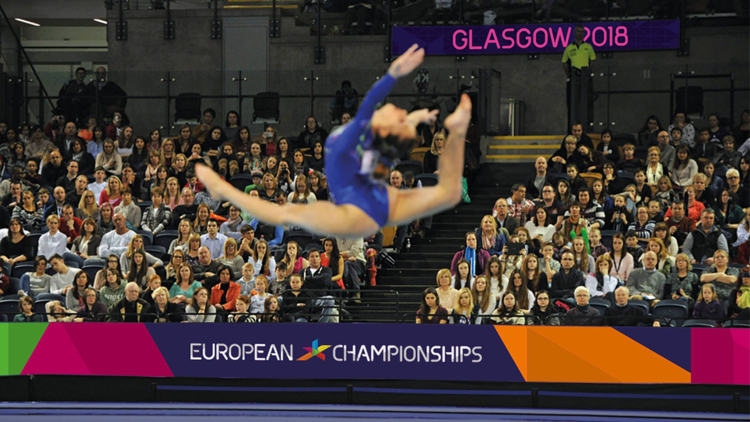 The overall idea was to create a brand that saw several different parts coming together, as depicted within the logo.

“The concept is all about unity, the sum of specialist parts, and the coming together of athletes, cultures and cities,” say Cook.

The branding project took a year to complete, and has now rolled out as the European Championships 2018 begins this week.

It has been applied to all touchpoints, including broadcast and on-screen graphics, online platforms, signage in Berlin and Glasgow and at events, print and marketing materials, and equipment and team uniforms. 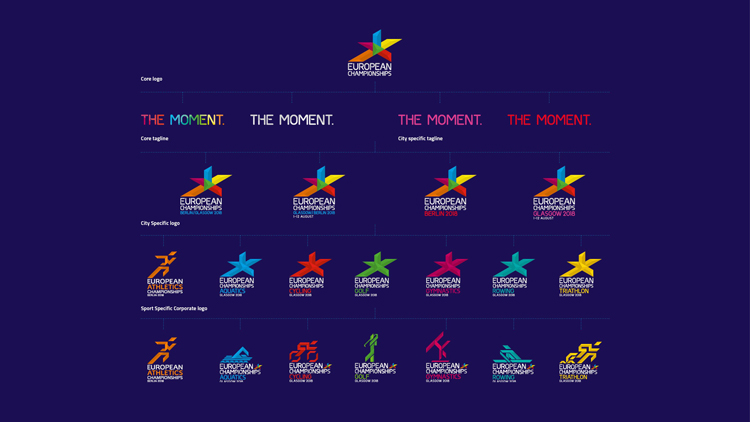 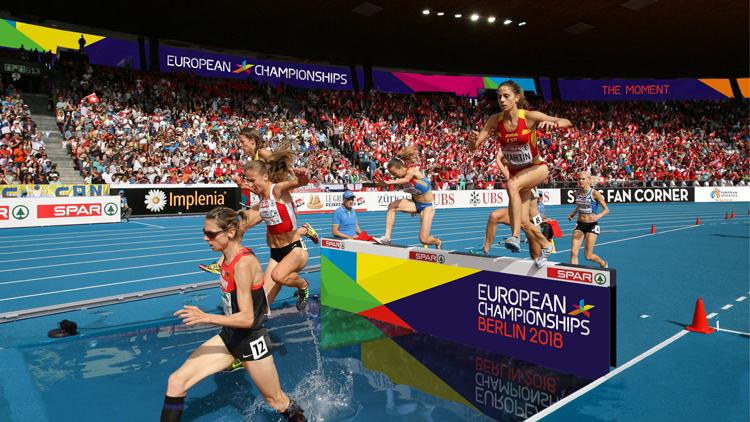 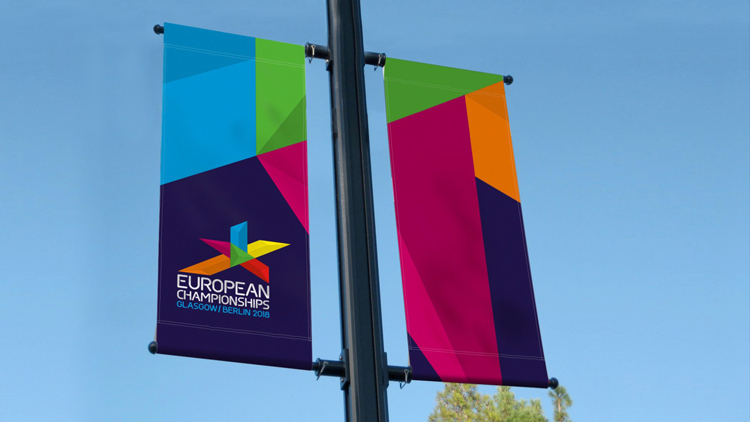 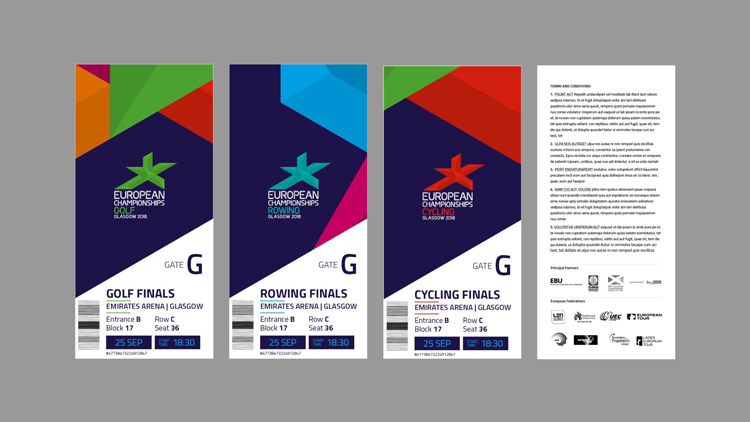