Deadly Dust, by How & How 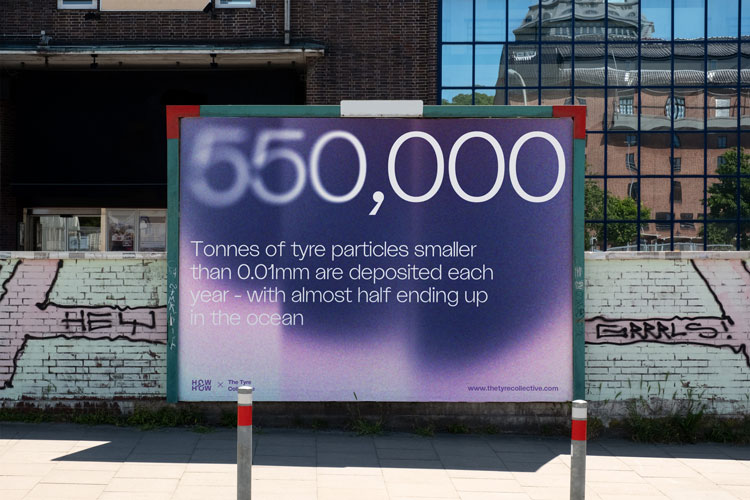 We all know car exhausts are significant polluters to our environment, but how many are aware that car tyres are similarly harmful? As Lisbon-based design studio How & How explains, car tyres are a “stealthy” source of microplastic pollution. As tyres roll across roads, they emit powdery particles as they wear.

Teaming up with recent International Dyson Award runners up The Tyre Collective, the studio has developed an information campaign warning people of the dangers of microplastic tyre pollution. Deadly Dust is a graphic and data-led project, which balances “delicate horror” throughout, the studio says. “Pop gothic” colour gradients and dusty textures have been employed to tell the story of particles.

The ultimate aim is to force change and awareness – few people are aware of the danger of car tyres, How & How says, and even for those who are, no environmentally-friendly tyre options currently exist for consumers. 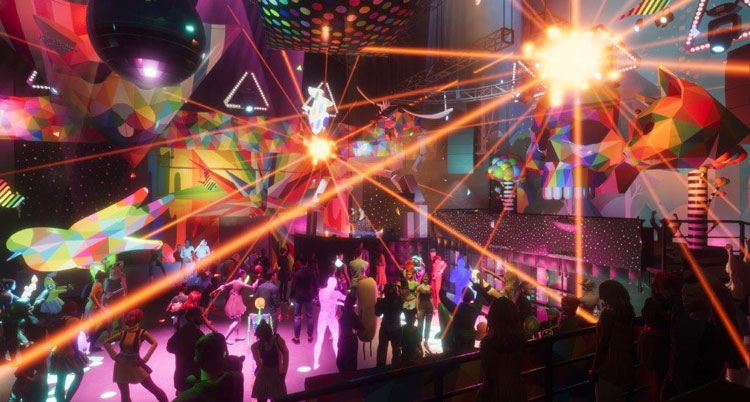 It’s been a very long time since revellers were able to safely dance the night away in a club and the impact of the pandemic on the world’s nighttime economy and workers is increasingly severe. Clubs are desperate to get people back onto dancefloors safely, and as beer brand Desperados and music events producers Elrow have shown, maybe VR is the way forward.

This month, the long-time partners commissioned abstract creative Okunda San Miguel to transform Bootshaus, one of Germany’s top nightclubs, into a new virtual reality experience. At its premier, would-be partiers were invited to create their own avatars and mingle with others while immersed in San Miguel’s “Kaos Garden” concept, complete with bright colours and geometric shapes.

Bootshaus’ main room and outdoor areas were replicated for VR, meaning former fans of the space could easily find their way around. It was hosted on the Sansar platform (the same platform which developed Lost Horizon, the VR festival put on by the Shangri-La creative team) for those with VR headsets, while those without could watch livestreams of the nights’ acts on YouTube, Facebook and Twitch. 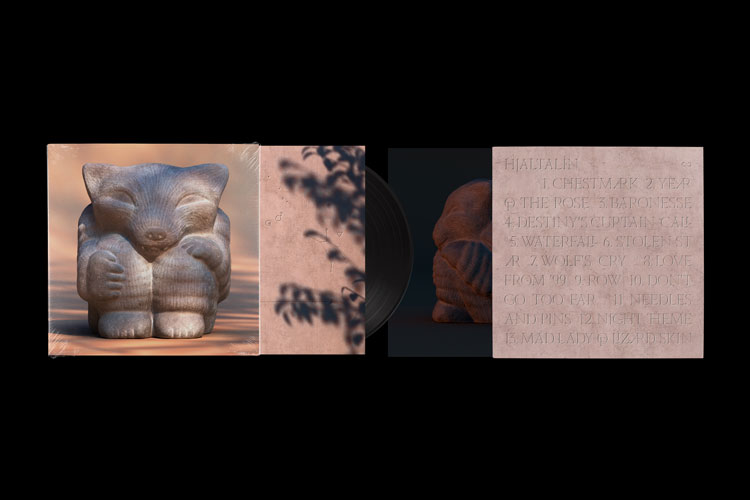 Earlier this month, Design Week wrote about how lockdown had spurred a creativity boom in vinyl artwork. This project from Icelandic designer Siggi Odds is a lovely example of high concept album art, meticulously designed and created.

In mid-2019 Odds, who also works on independent work as well as being a senior designer for Hugo & Marie in New York, began working with Icelandic indie band Hjaltalín on the creative direction of its fourth album. In close collaboration with the band’s members, the team developed a concept for the album being akin to the performers’ offspring.

This inspired a “garden of sculptures”, which itself centred around a baby wolf carved out of basalt by sculptor Matthías Rúnar Sigurðsson. This sculpture was then digitally manipulated for application across print and digital touchpoints.

Artist and designer Lydia Leith perhaps best captured the national mindset in November with her “non-event” poster series. As the name would suggest, the screen-printed posters advertise absolutely nothing – a fitting tribute for the last several weeks the UK has spent in lockdown.

In any normal year, Leith says she would have received a number of commissions for event posters. But as the year began to draw to a close, she says she realised she’d had no such work come in because of the widespread cancellations 2020 has brought. Not wanting to miss out because of a little thing like no events, she decided to design posters dedicated to “total non-occasions”.

The primary-coloured posters are modelled on traditional block type and printing methods. But the details listed on the prints are somewhat more irreverent, and even ominous, in places: “don’t hold your breath”, “tickets not selling fast”, “no month, no day, never”. 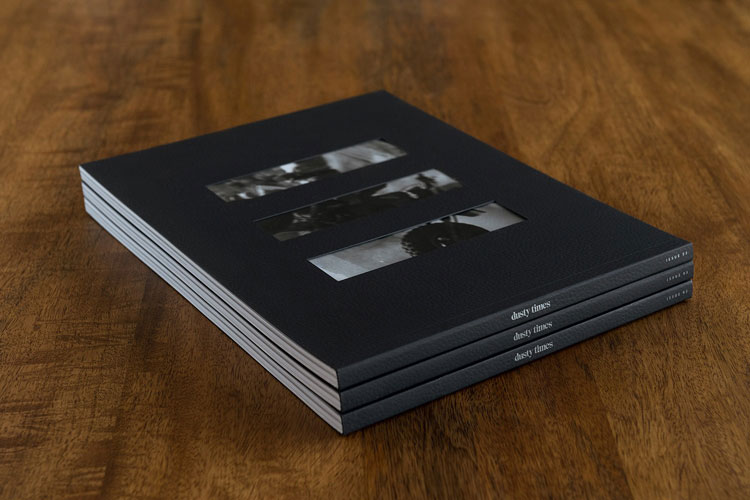 If a magazine dedicated to all things dusty – for the so-called “dirt, gear, motor, outdoor, and adventure individuals” of the world – isn’t where you’d expect to find a slick design treatment, Dusty Times asks you to think again.

Now on its third issue, the special interest magazine brings with it a “discerning eye for design and the craft of printing,” according to creative director Boyd Jaynes. Pieces dedicated to off-road travel and lifestyle sit alongside picture essays that live up to the dusty moniker well.

While the content is necessarily messy, dusty and dirty, the design is anything but. The editorial design of the publication is pared back, and the cover itself features a textured paper stock and cut-outs giving a sneak peak of what’s within. 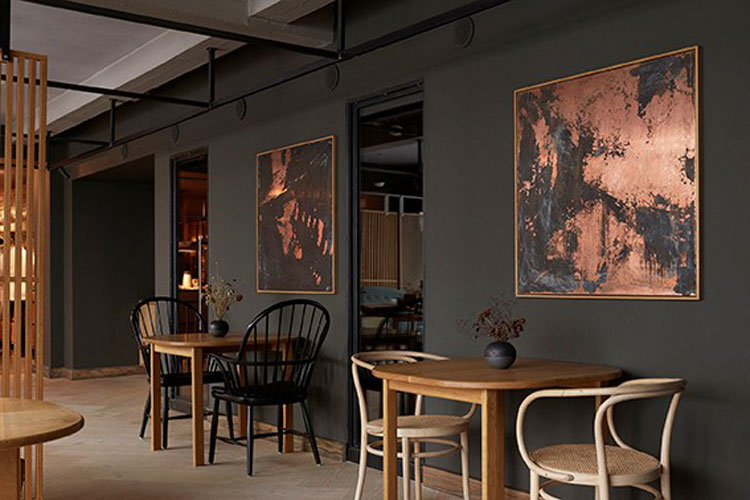 Copenhagen restaurant Kadeau first opened its doors in 2015, with Danish design practice OEO studio developing the interiors for the space. Now five years on, and two Michelin Stars later, the design team has revisited the project with a series of updates which it hopes can both build on the existing design language, while providing “a fresh new expression”.

Back in 2015, OEO worked with head chef Nicolai Nørregaard to translate his “gastronomic philosophy into a physical environment and holistic experience” – the idea was to allow each guest to feel as if they were dining at Nørregaard’s home “alongside dear friends”. For the update, the studio says no surface has been left untouched.

Tactile materials and warm colours have been introduced to create the right “sense of place”, while new lounge seating and wall lighting has been placed so guests can feel “cocooned and comfortable”. A new private dining room, wine room and open service kitchen area have also been added to the offering. 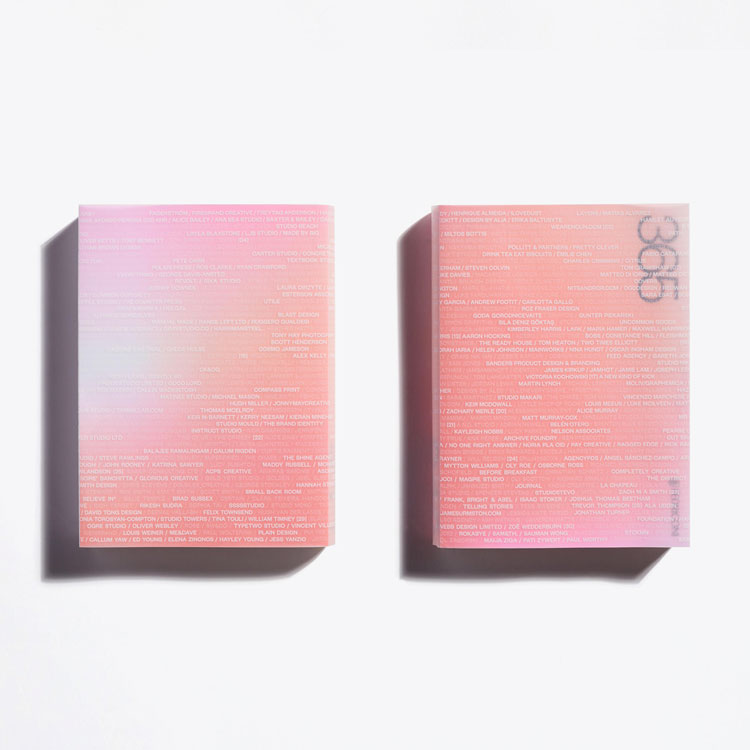 Reacting to the turbulent year gone, the Fedrigoni annual – which usually asks 365 UK-based designers, illustrators and photographers to contribute – is taking a different tact for 2021. Knowing “our fellow designers were at loose ends at certain points this year”, the book has gone digital for the first time.

Because of this new digital format, almost 1,000 designers have been included this time around and each book sold will feature an entirely unique selection of the cohort. Previous volumes of the Fedrigoni 365 have focused on the paper manufacturers vast range of stock, from an entirely black book in 2018, to an all-white one the following year. In a bid to inject some optimism and light into 2020, this time around will feature a rainbow of colours.

Each participating creative has produced a numeric design from 1 to 31, rather than a specific date, this year meaning that of the 4,000 copies available, no two copies will be the same, according to the makers.

The Ally Track, by the BBC 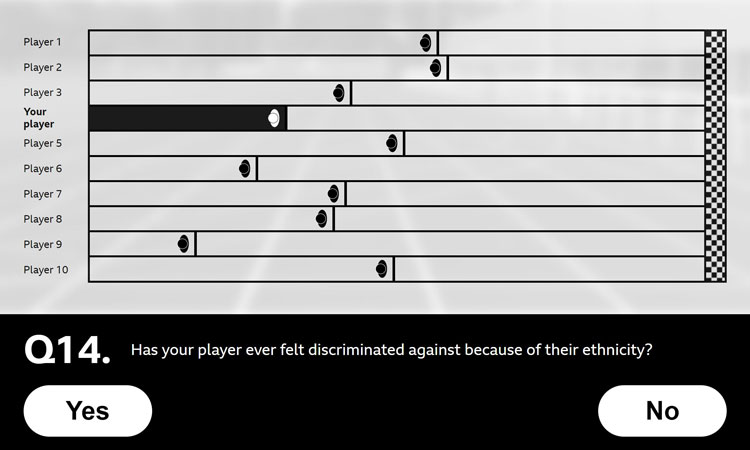 As part of the work of its Creative Diversity Unit, led by June Sarpong, the BBC has launched the Creative Allies Initiative. The aim of the initiative is to unite organisation both inside and outside of the creative industry to promote the concept of allyship.

One of the outputs of the commitment is The Ally Track, a free online educational tool design by the BBC Academy in association with the USC Annenberg Inclusion Initiative, led by Dr. Stacy L. Smith.

Organisations and the public are able to access the tool via the BBC Creative Diversity website. The Ally tool is designed to get users thinking about their backgrounds and how privileges and different experiences can lead to advanatges and disadvantages in the workplace. It can also be used to “identify an individual’s strengths and suggest how they might display allyship at work”.