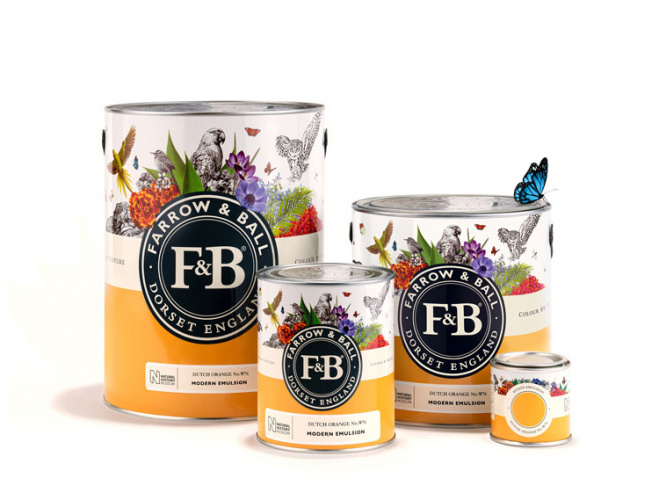 Design studio Butterfly Cannon has blended history with paint for a new project in collaboration with Farrow & Ball and the Natural History Museum. The palette, which contains 16 hues, takes its inspiration from a book belonging to the library at the London museum: Werner’s Nomenclature of Colours. That book, used by Charles Darwin on his voyage on HMS Beagle, describes extensively the colours of nature. It has, according to Butterfly Cannon, inspired the collection’s “vibrant, jewel-like oranges and reds, natural, opulent greens and blue and range of soft neutrals”. There is also an update to Farrow & Ball’s tin and in a nod to sustainability, the paint is blended with an “eco-friendly water-base”. Charlotte Cosby, head of creative at Farrow & Ball, says that the collection — the first time the company has added to its colour card — “perfectly captures the spirit and ethos of the collaboration and brings the whole story to life”. 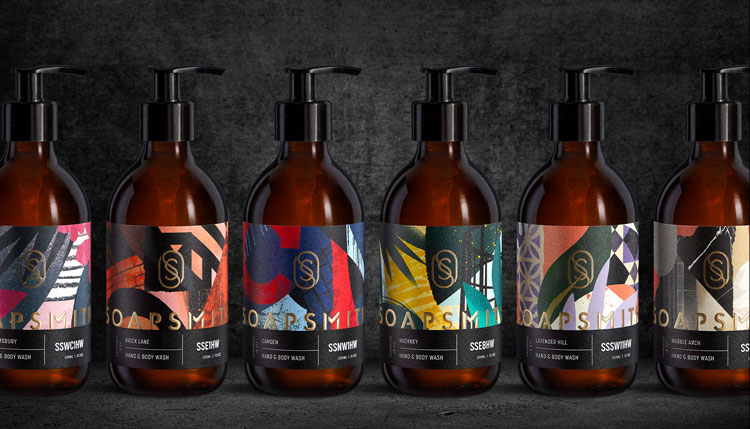 How do you differentiate your soap brand among a “sea of bland, faux-Scandi visual identities that lack depth and personality”? You go “urban”, according to Nick Rees, creative director at London-based design studio Bulletproof. The soap’s rebrand is centred on the “unique backdrop of London that inspires its scents”. Designs have been created in collaboration with illustrator Tom Abbiss-Smith for each of Soapsmith’s seven scents. The other design details are taken from a combination of influences, from fashion house monograms to industrial typography. There is also an application of gold foil across the pack to add “small touches of luxury”.

The Savourists branding, by B&B 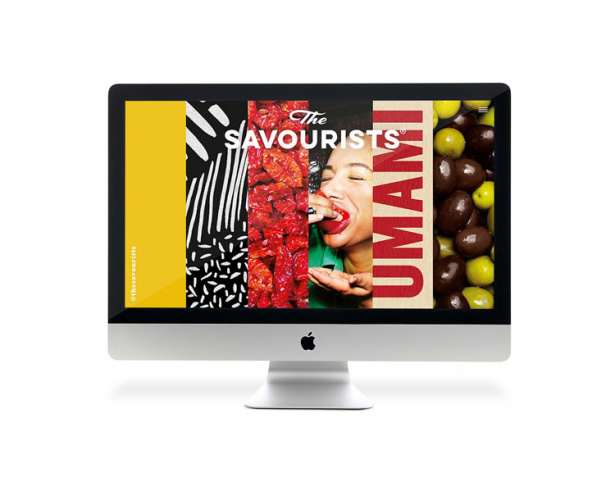 Made for “foodie thrill seekers”, The Savourists offer savoury snack bars – a growing market in need of innovation, according to the company – and required a brand identity that matched their status as “next generation savoury snacks”. London-based B&B Studio provided brand positioning, identity, packaging and branding guidelines for the company. The packaging is a mix of layered illustration and text, with a simple colour palette; green for the black olive and nori seaweed flavour, and red for the sundried tomato and herb. This is also applied to the website imagery; a mix of illustration, text and photograph is used in an attempt to “create a graphic celebration of ‘savoury’.”

Women’s and Girls Emergency Centre charity rebrand, by For the People

Women’s and Girls Emergency Centre (WAGEC) is a not-for-profit founded in Sydney in 1977 with a goal to raise awareness around domestic violence and how it leads to homeless. WAGEC’s founder, Jeanne Devine was homeless herself. The visuals aim to represent a “greater community of women” and “build a community of assistance”, the charity says. The rebrand includes a new logo, as well as a new set of visuals provided by 16 illustrators from diverse backgrounds. The imagery, a mix of line drawings and more graphic styles, depicts communities of women with a consistently pastel colour palette. These pictures will also be exhibited and available to buy in support of the charity. 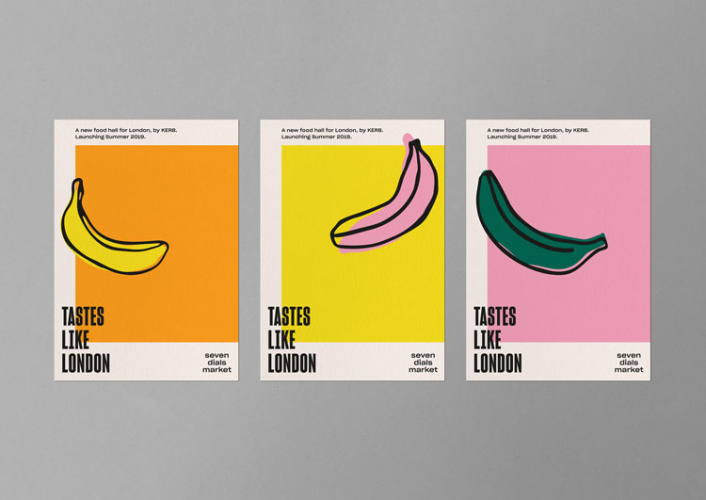 Another food market has launched in London, this time just off Seven Dials in Covent Garden. The market has over 20 food vendors, from ramen to pizza, though the draw might just be the world’s first revolving cheese restaurant. In creating the identity, design studio The Plant took inspiration from the market’s building, a former storage space for bananas. The studio says the design says that the playfully drawn banana is “designed to be sat on, touched and Instagrammed”. In an effort to reinforce the market’s identity, a combination of warm colours and strong typography has been used. There is also an “unofficial strapline” that has been widely used: ‘Tastes like London’. The branding extends to the brand’s digital platforms and wayfinding system. 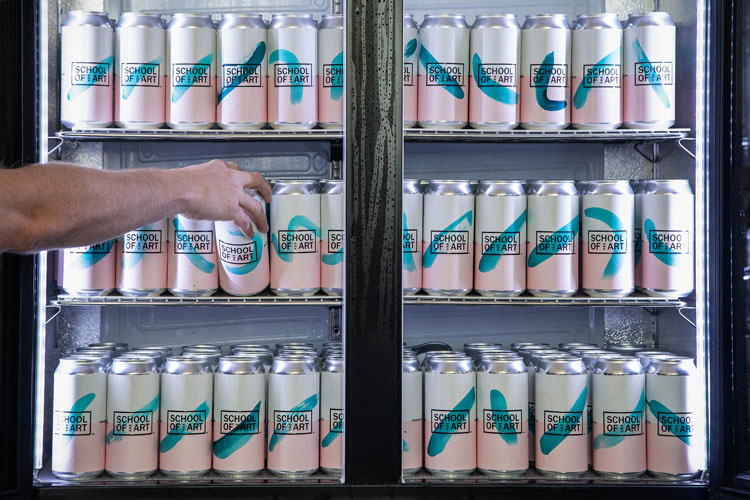 Kingdom & Sparrow moved offices to Falmouth’s original School of Art building, which was established in 1902. To celebrate, the studio — which specialises in drink branding — created bespoke packaging for the alcohol served at the launch party. There were two designs, one for the ale and one for the lager, and each label was individually painted to make them “fully original”, the studio says. The Cornwall-based studio is about to launch a rebrand of Young’s beer, and the new offices now have a larger photo studio in an effort to expand their focus to social media branding. 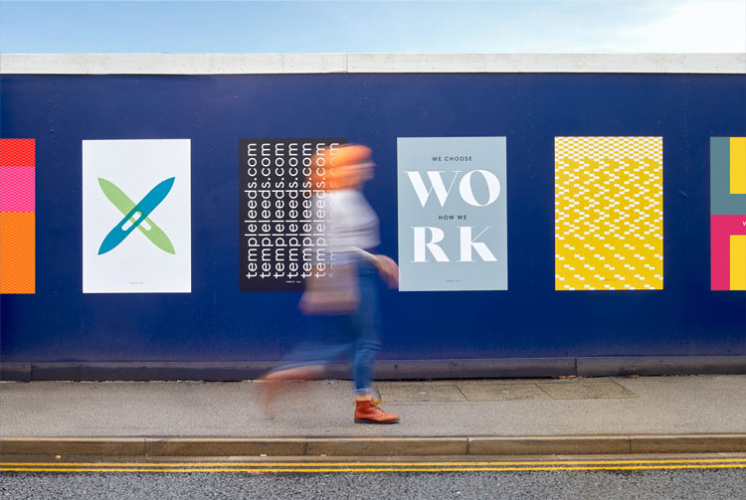 Temple, a new district in Leeds centre has been launched in an attempt to “bring the industrial heart of Holbeck back to life and reconnect the area with the city centre”. Taking its name from Temple Works, a former flax mill whose façade is based of an Egyptian temple, the branding — from Leeds-based Thompson Brand Partners — aims to recall the area’s importance during the Industrial Revolution. This history inspired the branding, which plays off both the building’s Egyptian style and the weaves and textures that the mills and factories created. The district branding encompasses a whole visual identity, from a logo to website to invitations and hoardings around the area. Thompson Brand Partners also developed the line LS1.1 which links the postcode LS11 with the city centre LS1 in an effort to connect the city with the historic area of Holbeck (also LS11).