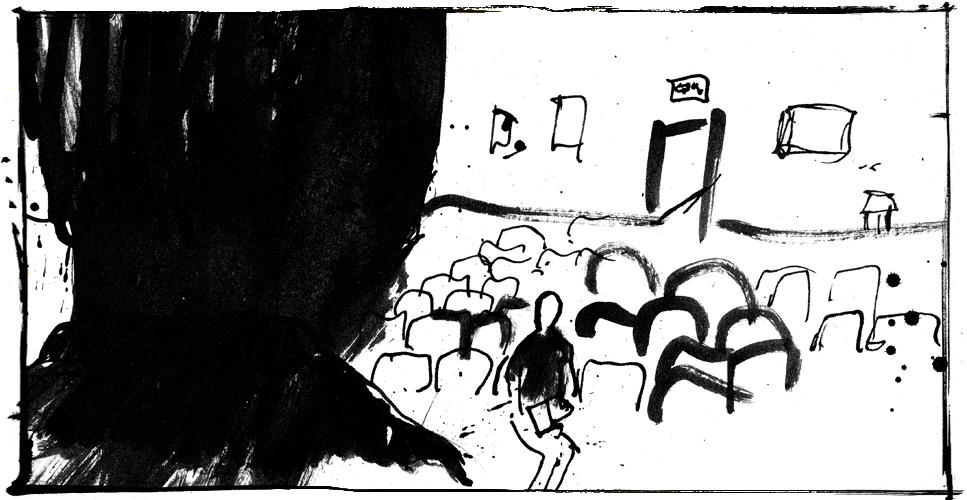 ‘A total washout mate, we played to the sound guy,’ is a statement I heard a lot during a lot of when I worked on the Manchester independent music scene in 2012. I used to watch, agonisingly, as it became painfully apparent that the cowering parents, hovering at the back of the room would make up the entire audience at a new band’s latest tragedy of a gig. They’d die a tiny death on stage and then hit the beers we’d provided in the absence of a big fee for promoting another lo-fi live gig.

Then it started happening to me. I accepted several invitations to speak publicly, about my work and share creative industry war stories. You just never know when the next room full of ghosts awaits you. When it happens it’s normally a case of too many of the variable factors going the wrong way in a world where even the biggest names can fall victim to low attendance numbers.

“Stay professional in the face of disappointment”

But there are several reasons why it’s crucial to stay professional in the face of disappointment. You just don’t know who is looking.

I met Bud Moore and Rory Dodd – two thirds of London’s Designersblock group – at the New Designers 2016 event earlier this summer. Bud called me up a few weeks later, having listened to my Arrest All Mimics podcast. He invited to me to come and talk at London Design Festival.

Arriving on the Sunday, I learned that 20 people had signed up, adding to the 9 or 10 who had told me in person they’d be there. Then there were those who could arrive on the day.

Nerves kicked in around 20 minutes before my slot when I realised my parents, girlfriend and 5 others who I recognised made up the entire audience. Eventually, you realise that the late surge of people, who you are so desperate to see bursting through the door, gasping, exist only in your imagination.

“I prayed for a question”

So I talked. It was hard to see past the disappointment for the first few minutes and it felt slightly silly to persist when the whole audience knew it all, having either read my book or raised me.

Nevertheless, two of the people were taking notes, so I stuck to the script. About halfway through, a man I did not recognise quietly took a seat on the end and laughed at one or two of my stories.

I summarised the talk, then handed over to the audience, praying for a question to puncture the echo chamber. The latecomer on the end raised his hand and proceeded to tell me that my book, Champagne and Wax Crayons, which had formed the introduction of my presentation and a couple of the later slides, had been read by all three of Designersblock’s core members, the third of which was he, Piers Roberts and in his opinion was the book that needed to be written about the creative industry.

To say I was shell-shocked is a huge understatement. Piers has been a prominent part of the UK creative scene for 20 years and until this moment, I had no idea that he was one-third of Designersblock and this was high praise indeed. On top of the rush his comments gave me, I felt an immense relief that I had not treated my talk like a lost cause because of the low attendance numbers.

It was a Sunday, 1pm after all. This plus stiff competition from an abundance of other LDF events had played their part and it while I’d hoped for more, I headed downstairs after to see Tristan Eaton, a hugely popular U.S. based street artist talk to a larger, yet still underwhelming audience. 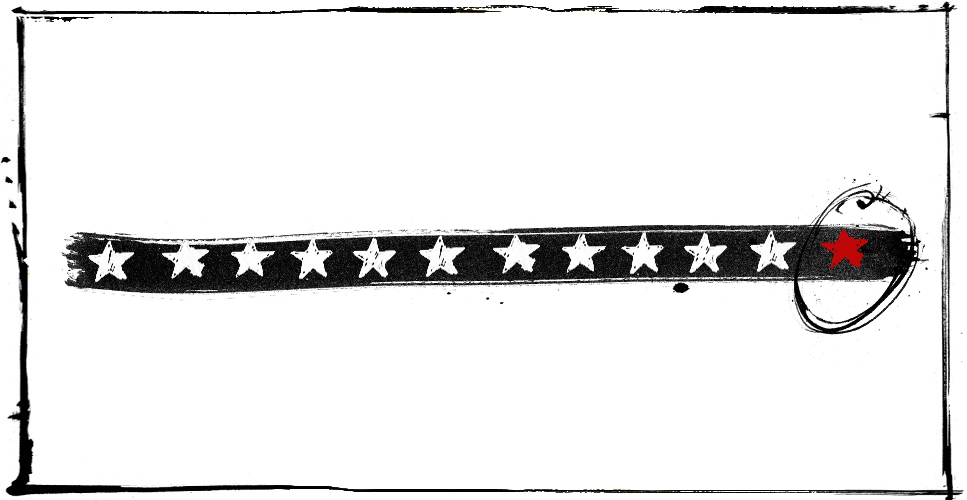 During those days on the Manchester music scene, I’d see bands respond the way I did by blasting out their best set. We would be sure to compensate in other ways, by championing them where possible or connecting them with people they needed to reach. One gig’s 15 strong-audience featured a guitarist from Gorillaz. I’m not sure the band knew that.

I’ve seen others start to clown around, playing two songs and leaving a small, yet paying audience stood there wondering if the band were returning. The night I helped run would grow and eventually become well connected. We could have helped them, but they had closed that door and who knows where that may have led?

A commission for The Guardian in 2010 that I felt was sub-standard because I was suffering a fever while creating it turned out to be the one that landed me my first teaching project and with hindsight was not too bad at all.

The creative industry is unpredictable in many ways, but no matter how seemingly soul-destroying the momentary setbacks might be, you have to stay professional.

Things may not be ideal in one moment but you could be propelled onto great things in the next. Stick at it.

Ben Tallon is a Design Week columnist, illustrator, art director and author of Champagne and Wax Crayons: Riding the Madness of the Creative Industries.