Dyson’s latest product is an air purifier that removes harmful indoor pollutants from the home.

The Dyson Purifier Formaldehyde was announced by the brand today, and is the product of several years of research.

Using new solid-state formaldehyde sensor tech developed by the company, the product aims to improve on other such products on the market which often use a gel-based sensor system, as well as Dyson’s own previous air purifier models.

Formaldehyde can go “undetected for years”

According to Dyson, formaldehyde and other harmful indoor pollutants are more common than many think.

Formaldehyde is a colourless gas pollutant which, when ingested, can be lethal. It can also be dangerous in low levels, with long-term exposure causing asthma-like respiratory problems and skin irritation.

The gas can be released into a space via furniture and wooden products that contain resins like plywood and fibreboard. Beyond furniture, it can also make its way into the home through insulating materials DIY products like paint, wallpapers and varnishes and household cleaning products.

Alex Knox, vice president of environmental care at Dyson says this “off-gassing” tendency of formaldehyde – that is, the airborne release of a chemical in vapour form – means it can go “undetected in a home for years”. 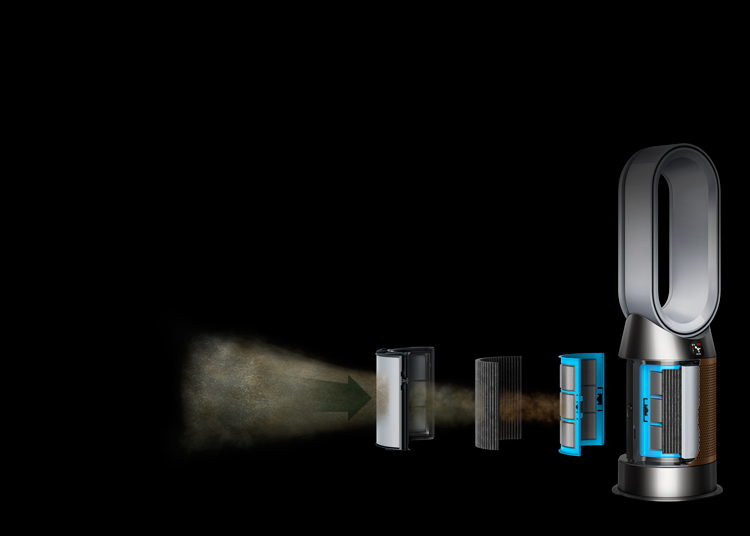 The technology developed for the air purifier looks to improve on existing methods of detecting and destroying the pollutant. Other formaldehyde sensors use a gel-based detection system, however this can deteriorate over time and can be easily confused when encountering other volatile organic compounds (VOCs).

Dyson’s solid-state sensor “doesn’t dry out over time”, says Knox, and instead lasts the lifetime of the product itself. Once detected, the purifier is also able to destroy the harmful gas. The whole process is controlled via a magnetic remote, and can also be linked up to smart home devices like Google Home, Alexa and Siri.

Additionally, Dyson designers have reengineered the machine airflow pathways to ensure both that no air bypasses the fully-sealed HEPA 13 standard filter, but also that no dirty air leaks out and disrupts the airflow. 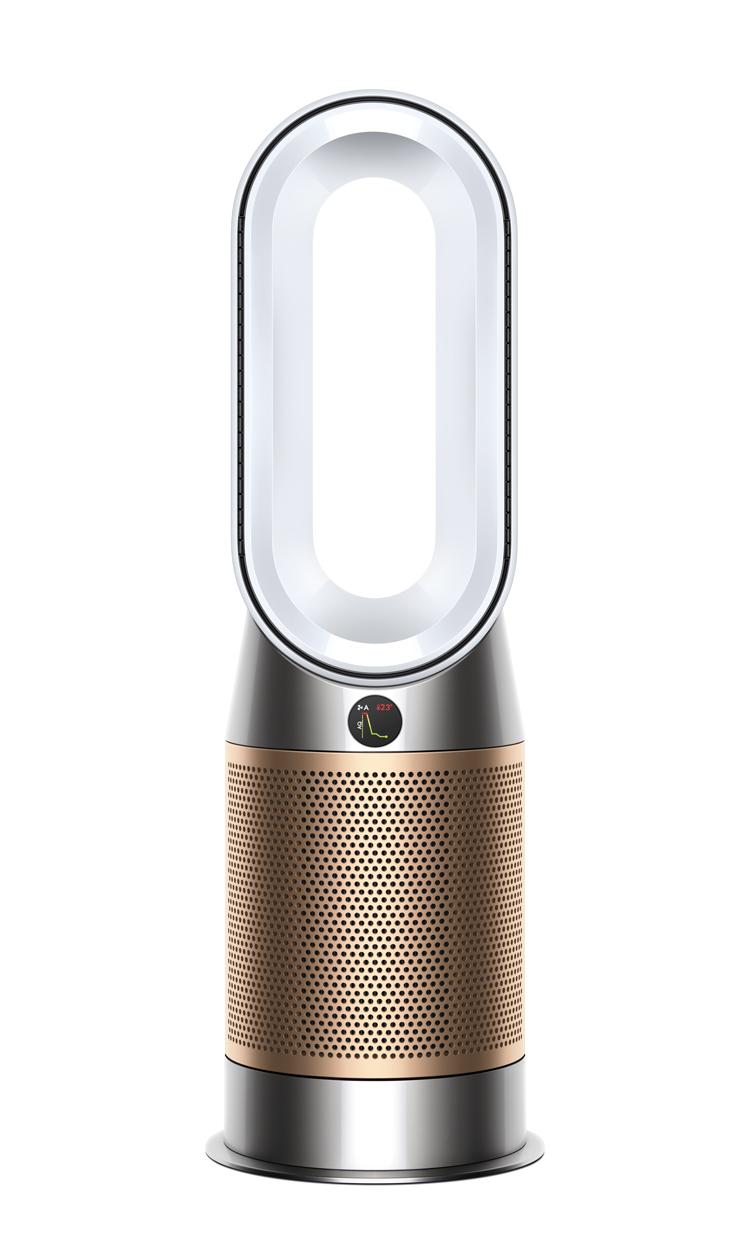 Finally, this tech is housed in a machine that Dyson claims is 20% quieter that the brand’s predecessor machine. This was through an active effort from an international team.

“Through an iterative design, test and build process managed at the Dyson Malaysia Development Centre’s in-house acoustics chamber, the machine was reengineered,” says the company.

Actually achieving a quieter machine, the team needed to refine the overall airflow path by widening the aperture – the slot in which the air exits the machine. This reduced the amount of friction between the air and the surface of the machine, thereby resulting in less sound.

In the early stages of the pandemic, Design Week looked into how designers were approaching this fact themselves and developing products to similarly clean the airflow of the home.

Even without the onset of the pandemic, the relevance of designing an air purifier was high, according to Dyson. Humans spend as much as 90% of their time indoors, and that’s without lockdowns and stay at home orders, according to the company.

“As our homes increasingly become spaces where we work and exercise as well as sleep and play, the quality of the air we breathe in all aspects of our routine is non-negotiable,” says Dyson. This latest machine, it says, reflects the latest tech in three core areas: sensing, filtration and acoustics.