The first ever London Design Biennale takes place this month at Somerset House and showcases installations from 37 countries around the world.

This year’s theme is Design by Utopia, and some exhibits look at plausible, existing solutions towards creating a happier, more idealistic world, while others explore hypothetical ideas.

Some don’t offer solutions at all, but instead use art and design to create their own interpretations of utopia and dystopia.

The inaugural show certainly has a few teething problems – a small handful of exhibits were being hurriedly constructed on its opening day, and there’s a lack of thematic order to the exhibition space, making it a little random and incongruous.

While some of the installations appear convoluted and tenuously linked to the theme, there is also imaginative, thought-provoking and intuitive work on offer, which proves design’s role in both tackling world issues, and helping to highlight them.

Here are our five picks from the show:

Norway: Reaching for Utopia – Inclusive Design in Practice
By Norwegian Centre for Design and Architecture

Norway’s mini exhibition space within a room in the West Wing is a succinct, informative look at how the country is using design to create social equality.

The space is one of the least visual but most powerful of the show. It answers questions about inclusive design, demystifying what the term means, and explaining why designing systems to suit everyone can help create a more sustainable economy.

It uses infographics to depict the people who are forced to the peripheries of society due to poorly designed systems, such as those with disabilities and older people, and also explores gender discrimination.

The exhibit then shows examples of public sector services in Norway which have been rebuilt based on the principles of inclusive design, including hospitals, universities and railway systems.

The piece is a proactive look at how developed countries have the resources to make public services more inclusive, and sets an inspiring example for other countries to follow.

Turkey: The Wish Machine
By Autoban

Turkey’s modern-day wishing well is a simple but poignant way of inspiring hope in a country which has been at the pinnacle of the migrant crisis.

Visitors can write their wish on a piece of paper, roll it up and slip it inside a futuristic pod, then step across a tunnel of transparent hexagonal tubes to drop it into the suction-powered machine.

They’ll then see it spiral through the tubes, and even make its way around the West Wing of Somerset House, where the tubes have been neatly laced across the walls.

The destination of the messages is unknown, and the Somerset House staff certainly won’t give anything away. While the wishes themselves may be inconsequential, the installation incites hope and consideration for others through design, brings an ancient concept into 2016, and openly invites visitors to interact with the display. 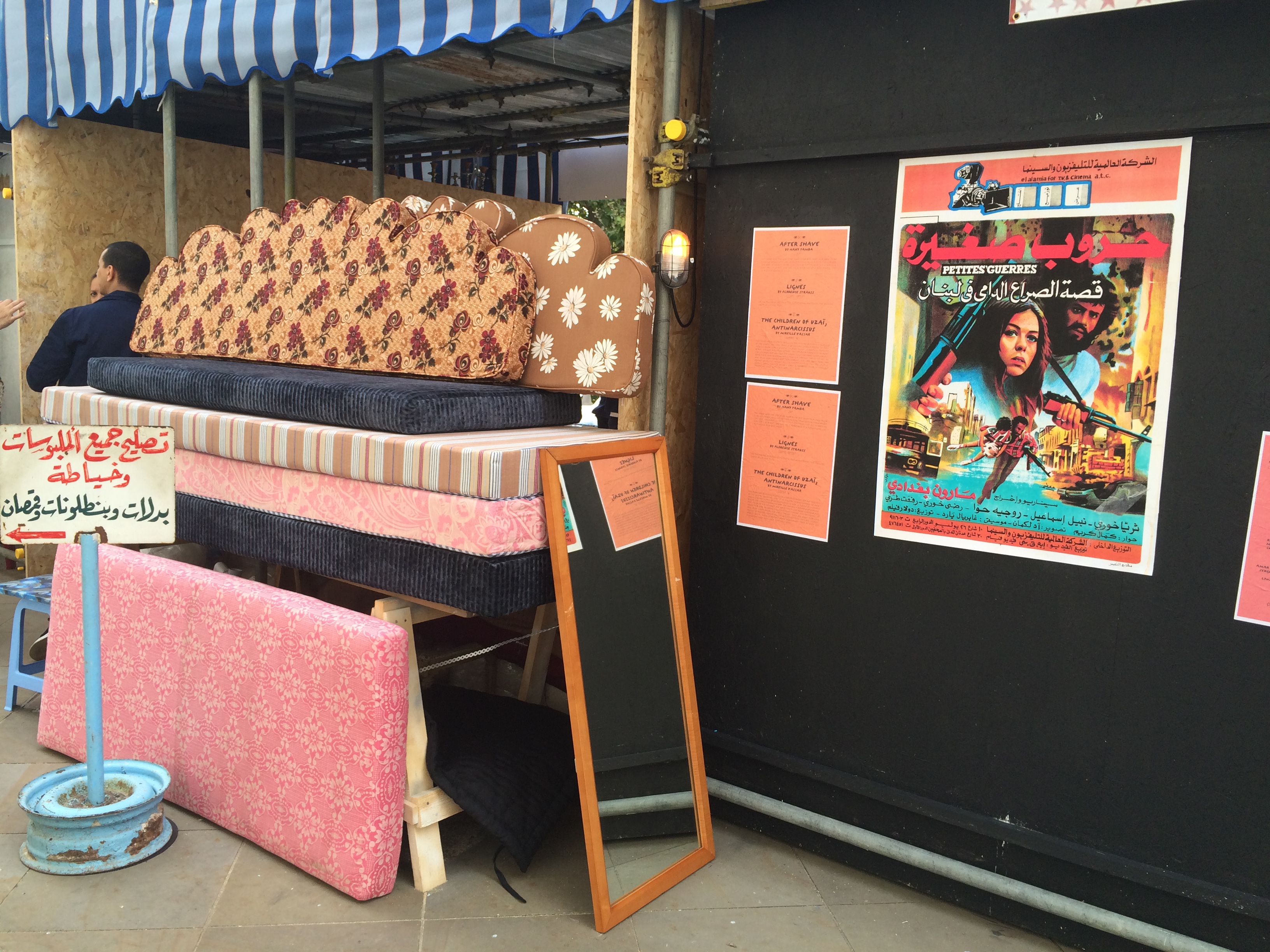 Lebanon was lucky enough to have been given the entire outdoor River Terrace space of Somerset House – the perfect setting for a colourful, authentic imitation of the streets of Beirut.

While the majority of pavilions depict the future in some way, Lebanon’s take on Utopia is to present the country’s existing, community-based culture as happiness in itself.

Visitors can expect a microcosm of Beirut – authentic food and orange juice stalls, a barber, a “cinema” filled with hand-made mattresses and carpets and an area where they can play backgammon. A giant map of the city covers the floor, a reference to the fact that the city was until recently mainly navigated by landmarks rather than its map system.

The pavilion is an interactive look at how utopia can sometimes be found at home, and gives visitors the chance to temporarily absorb themselves within the culture of the country.

Japan: A Journey Around the Neighbourhood Globe
By Yasuhiro Suzuki

Japan’s offering is a clever look at how design can be interpreted in alternative ways. Artist Yasuhiro Suzuki bases his piece on the Japanese concept of “looking at one thing as if it were another”, and distorts everyday objects to make them appear as different things.

Visitors will be subject to strange objects which create optical illusions, such as spinning portrait images which depict people blinking, an acrylic, hollow tree stump which has water dripping into it from an unknown place in the ceiling every few seconds, and an “unravelled” model of a globe encased in a zip.

The piece looks at the endless possibilities of design, and also spreads the message that utopia can be found in being open-minded to different points of view. It makes for a visually pleasing display too, with attention to detail and playful design assigned to both tiny and huge objects.

South Africa’s fluffy depictions of dangerous animals with their jaws wide upon hang from the ceiling of the Embankment gallery, inviting visitors to climb inside (though you’re asked not to do this through tongue-in-cheek “Please don’t feed the animals” signs). These giant, playful seats toy with conflicting ideas of innocence and corruption, a symbol of the country’s troubled history.

The cuddly toys-cum-chairs are an idyllic look at how South Africa has seen change since the end of the apartheid, while still remembering the past. Although not strictly interactive, the pieces are a unique addition to the exhibition. It’s probably for the best they can’t be sat in, as climbing inside the hanging devices would be a fittingly perilous experience.

While many of the exhibits employ the use of extravagant digital resources, this is a colourful array of back-to-basics craft which successfully communicates an idea of childhood innocence as utopia.

Also look out for:

Our favourite brand sounds: from McDonald’s to Nokia