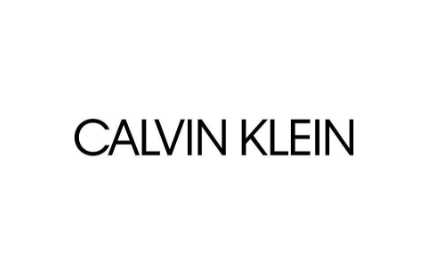 Calvin Klein has a new logo, which has been tweaked and redefined by graphic designer Peter Saville.

The fashion label has swapped out its lowercase logotype for an uppercase one with a smaller kerning gap between letters, retaining its black colour and sans-serif.

INTRODUCING THE NEW CALVIN KLEIN LOGO. A return to the spirit of the original. An acknowledgement of the founder and foundations of the fashion house. In collaboration with the art director and graphic designer Peter Saville.

The new logo was unveiled on the brand’s Instagram account, with Calvin Klein saying that the new logo is a “return to the spirit of the original”.

It aims to pay homage to the self-named company’s founder, who launched the US company in 1968, and to the “foundations of the fashion house”, says the company.

A lowercase “ck” previously sat above the Calvin Klein logotype and was used alongside it – it has not yet been confirmed whether there will be a new short-hand uppercase “CK” icon to go alongside the new logo.

The energetically fresh + bold scent of ck one gold, with notes of fig, neroli + vetiver. Available now. Link in profile to shop [US].

Raf Simons is a Belgian designer who joined Calvin Klein in August last year, having previously held a role at Christian Dior. Peter Saville, originally from Manchester, is best known for his record sleeve designs for Factory Records, for artists including Joy Division.

Why are fewer students taking on art and design at university?