Location app Foursquare has rebranded to better represent its position as a B2B software service following a period of “growing pains”.

Co-founded in 2008 by Dennis Crowley and Naveen Selvadurai, the app allowed people to “check-in” to venues through their smartphones – incorporating mobile GPS technology. 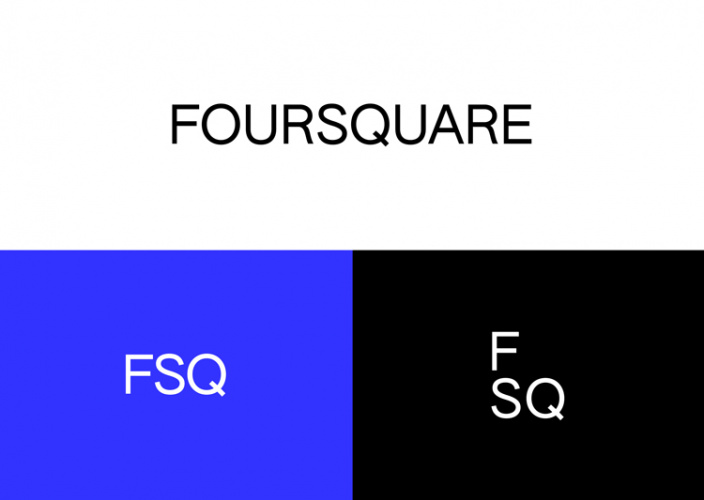 Since then it’s expanded from a social-focused app to a software platform, providing location data for other services. During the pandemic for instance, its location data was used as a way to show when food shops were particularly busy in New York, US.

“Today, our data and technology enable new mobile experiences across thousands of apps, improve advertising and marketing through a deeper understanding of people and places,” Crowley says.

“There has been no shortage of challenges and growing pains along the road,” Crowley adds. “Your brand – your identity as a company and culture, both internally and externally – must also evolve.”

Moving on from an “identity crisis” 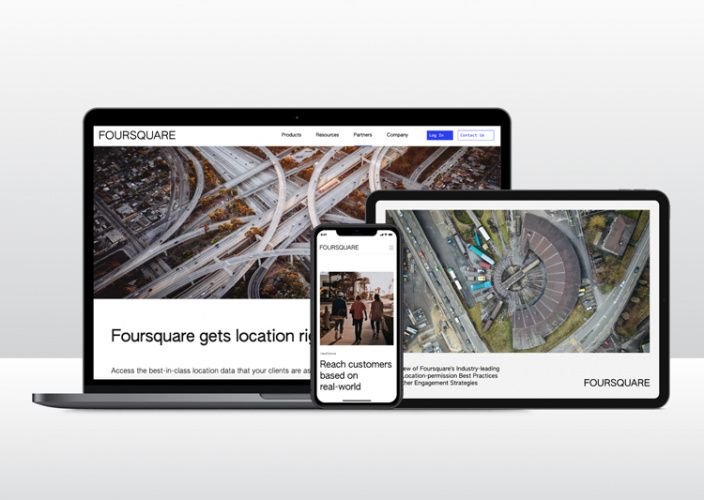 Calling this past period an “identity crisis”, the company says that the new look had to demonstrate its move into B2B and Software as a Service (SaaS) sectors while also paying homage to its heritage.

It brought in Los Angeles-based design studio PlayLab to work on the identity. The studio says of the project: “When PlayLab Inc was approached to rebrand Foursquare, we asked the same question everyone who’s probably reading this asked: ‘What’s Foursquare been doing?’”

PlayLab partner Archie Coates tells Design Week that Foursquare is “no longer the app it was known for”. “It’s something much more, with a completely different audience, and the visual identity needed to communicate that point,” he says. 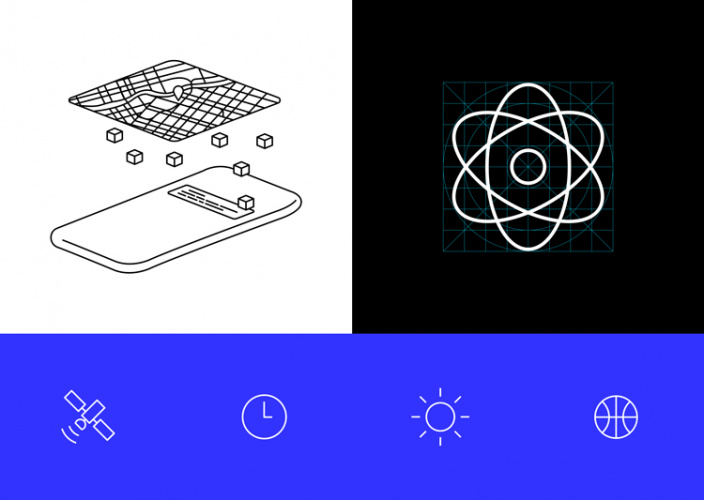 Foursquare creative director David Godycki says the “pared-back look” is “intentionally minimal in aesthetics”. “The artefacts of Foursquare’s previous life needed to be left behind,” he adds, referring to the cartoon-like logo, typography and colour palette.

The logo, which has had several evolutions over the past decade, has been given a black and white typographic redesign. The wordmark has been written in Authentic Sans 90, while the abbreviated ‘FSQ’ also appears as a mark.

Godycki tells Design Week that this is part of a “simple, scalable system” which retains the previous branding’s “trademark playfulness”. 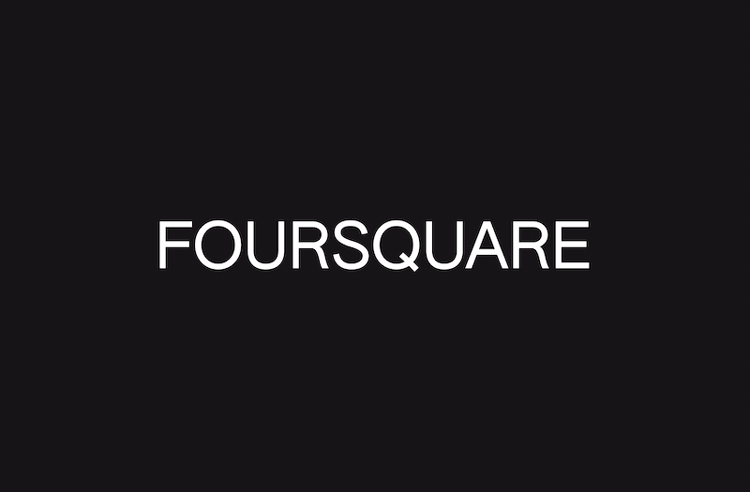 Authentic Sans is the primary typeface, chosen for its “simple, timeless and utilitarian” look, the company says. Sometype Mono is the secondary typeface – which is “reminiscent of coding text” – and will be used for short annotation and technical information.

Regular weighting has been used for the supporting typeface which provides “some character and speaks tech”, the company says.

A “tribute to digital wayfinding” 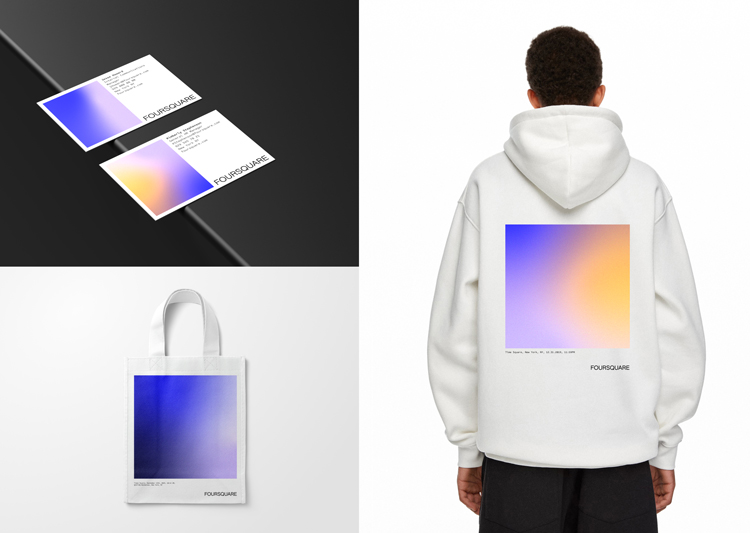 A blue and black colour palette has been used for the identity. Calling the shade “hyperlink blue”, the company says that it is a “tribute to digital wayfinding”.

An orange tone has been added for a gradient visual. This appears on materials including clothing, tote bags and business cards.

Icons have been designed for the app, which also features redesigned data charts. These hope to tell “complicated data stories without the weight of noisy or excessive visuals”, the company says.

This data visualisation uses colour, line weighting and negative space to “bring essential information and takeaways to life”, it adds. 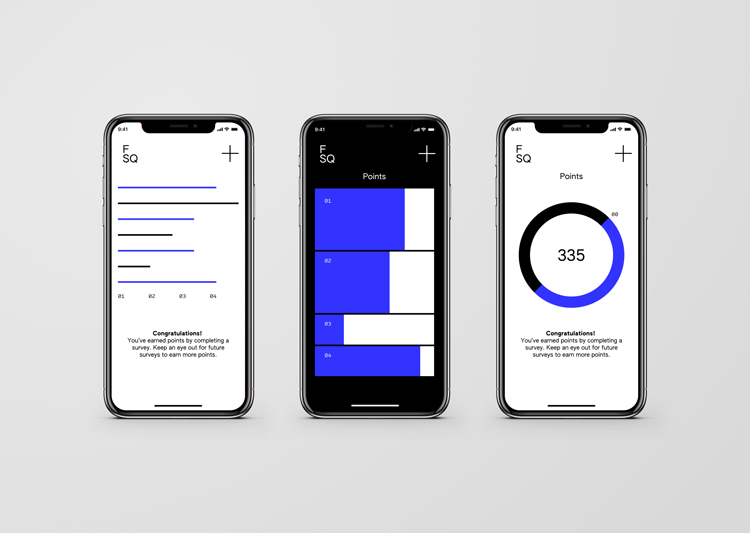 As part of the new branding, the company has named its strategic position Foursquare Everywhere. This will work internally as a phrase to inspire employees, according to the company.

Externally, it will help communicate the “vision for the company”, the company says. “It hints that today’s Foursquare tech is likely already baked into the products and services they’re using daily.”

An image shows how this might be incorporated into an app, with a “Powered by FSQ” label. 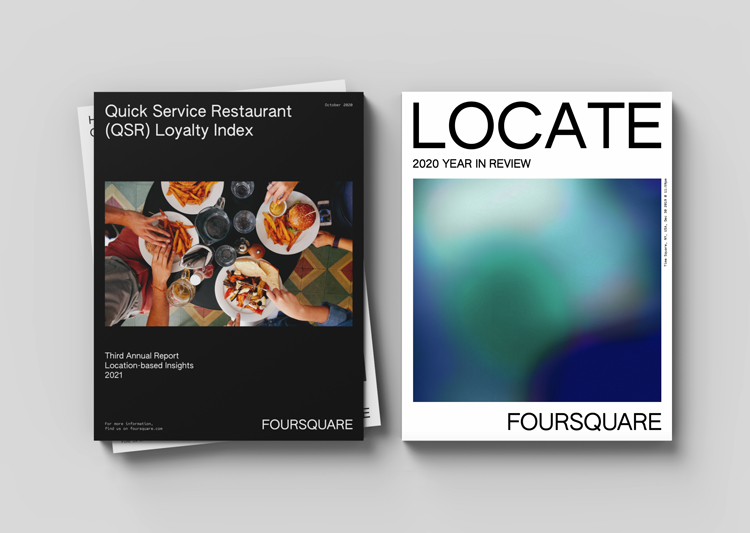 What do you think of Foursquare’s rebrand? Let us know in the comments below.