Bread brand Kingsmill has been rebranded for the second time in two years, ditching its navy blue design unveiled in May last year for a yellow one.

Designed by BrandOpus, the new branding looks to associate Kingsmill with a more hand-crafted approach. It retains the navy blue, orange and yellow colour palette of the previous branding, but takes on a rougher, more hand-painted look.

Paul Taylor, executive creative director at BrandOpus, says: “Blue and yellow are colours synonymous with Kingsmill and we felt it important to retain this colour palette for brand recognition, but we have fundamentally shifted the balance to allow the ‘toasty’ textured yellow-orange background to evoke the warmth of bakery.”

This identity, which was created to produce positive connotations of blue skies according to BrandOpus, has now been replaced with a warmer, orange identity with a hand-drawn brush-script logotype.

The typeface has changed from an uppercase sans-serif to a brush-stroke lowercase, and the rendered sunrise symbol has been replaced with an abstract orange brush-stroke on top of the “g” in Kingsmill.

The new typeface is a bespoke logotype that was developed with Alison Carmichael. 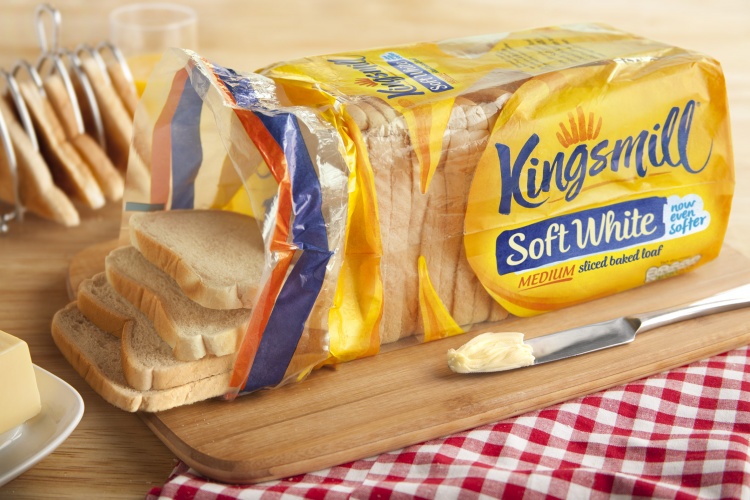 The packaging has also been redesigned to match the new branding, replacing the predominately navy blue design with yellow.

Taylor says this yellow will now act as a “consistent brand colour across the entire portfolio” to differentiate Kingsmill “in a category where brands change their pack colour by product”. 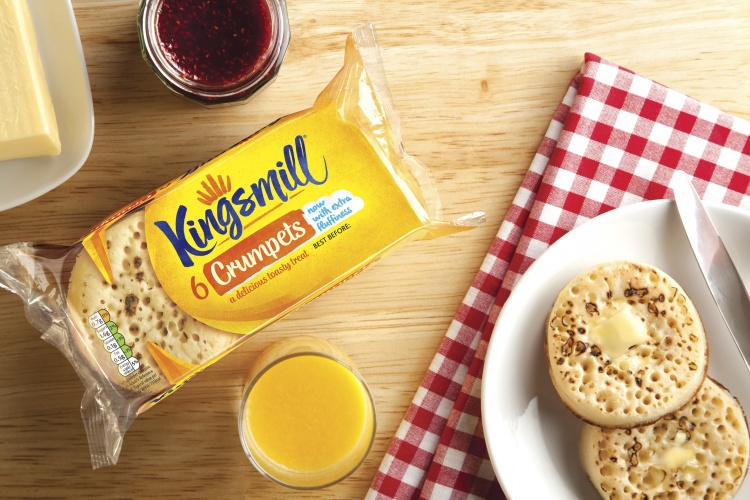 BrandOpus says Kingsmill briefed the consultancy with bringing “warmth and simplicity” to the brand, and so introduced a “textural, toasty, warm” yellow background to the branding.

The new look hopes to shift perceptions of the brand from “mass-manufacturer” to a more individual, home-grown one, focusing on “the people behind the scenes” and “the simple pleasures of bakery”, says BrandOpus.

Kingsmill has not confirmed at the time of publishing why it decided to undergo a rebrand a year and a half after its last.

A spokesperson at Allied Bakeries, the parent company of Kingsmill, says Kingsmill underwent a rebrand a year and a half after its last to give it “greater shelf standout”.

“Kingsmill is at a point as a business when they want to redefine how customers interact with the category, which is why they’ve brought new designs to market,” they say. “An important part of this is developing branding and packaging which gives greater standout on shelf and acts as a signpost to the category.”

Taylor says “a dramatic change” to the branding was necessary because of “shifts in the market place over the past year”. “Competitive pressures…created a need to strengthen the brand relevance as sales in sliced bread were in decline,” he says.

The project took 10 months to complete. The new branding and packaging will roll out across point-of-sale products and packaging this autumn.