Brentford FC has been given a new visual identity by London-based design studio Thisaway, which hopes to establish the club’s forward-thinking ethos.

The work includes a new typeface and updated colour palette as well as a pattern system that can be used across visual assets. It is currently being rolled out.

A natural time for redesign 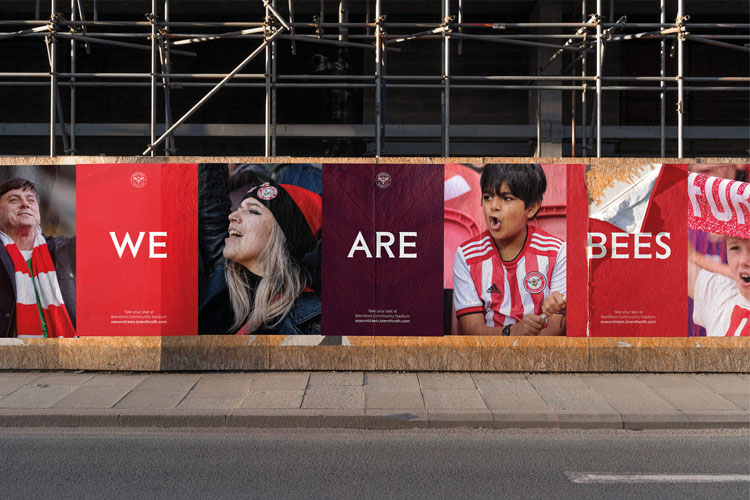 Studio founder Graeme Cook tells Design Week that it was a natural time to update the club’s identity, thanks to its recent success with savvy business decisions.

Despite recently missing out on qualifying to the Premier League, the club is now firmly established as a Championship team. It also recently moved into a brand-new stadium, Brentford Community Stadium.

Cook was part of the team at Article design studio which redesigned the club’s crest in 2016. The sleeker, more geometrical look which emphasised the bee (the club’s nickname is The Bees) has inspired the new identity. 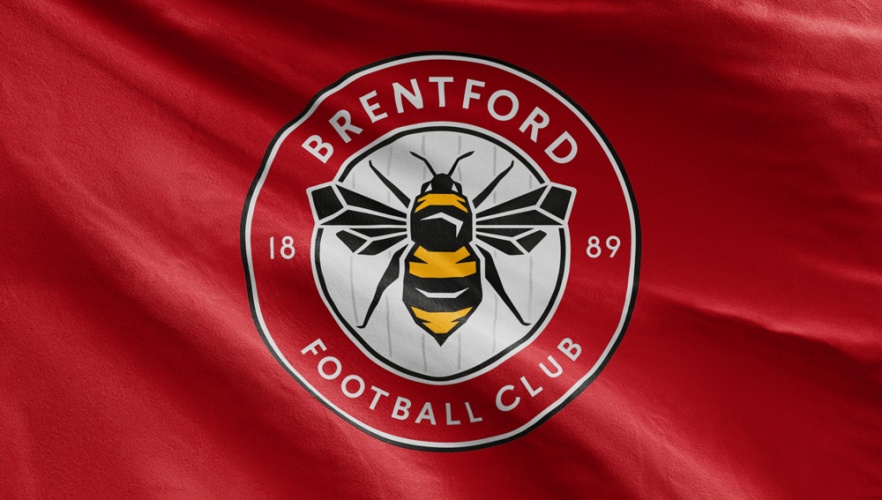 “Putting a bee under a microscope” 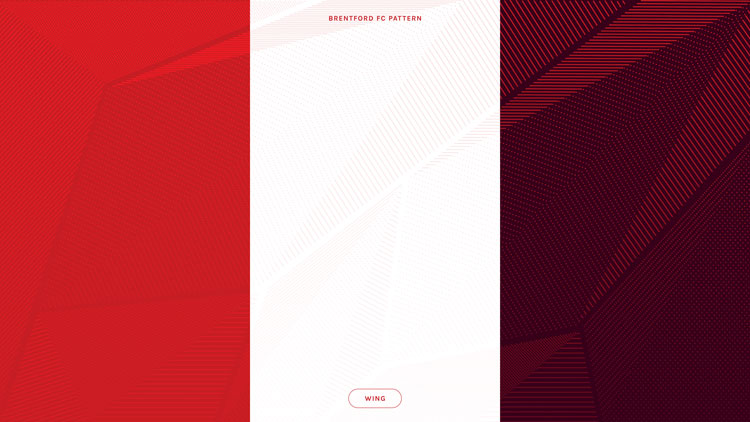 Cook likens the visual update to “putting a bee under a microscope”. The studio created a series of patterns based on a bee’s wings, strings and stripes. On closer inspection, these patterns are just repeated circles which link back to the club’s circular crest. They can be combined to create a three-dimensional look on communications.

These patterns will be a toolkit for the team’s in-house design team to create more visual assets in the future, Cook says. This pattern can be used as a background for physical visual assets such as posters. Its scope, however, is broad: it can be applied across social media and digital applications as well.

The patterns can also be set into motion to create a swarm-like effect. These graphic elements can be used for videos as well as in any moving graphics.

A typeface with a hidden sting 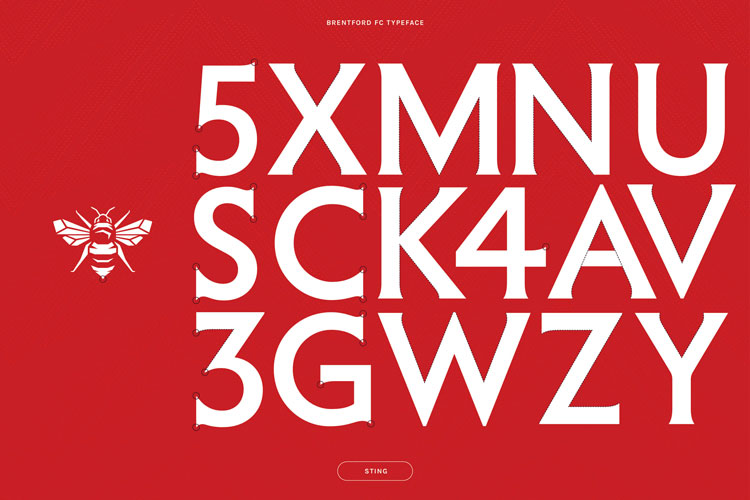 Thisaway has created a bespoke typeface for the team, which aims to resist current clichés within football type. Working with typographer Marc Rouault, the team developed Sting which has distinctive serifs. Each character has pointed edges to mimic the bee’s structure once more.

Negative space inside the letterforms has been created to reflect the shape of a bee’s sting. It’s especially prominent on the ‘A’, which looks much like a bee sting from a bird’s eye view. 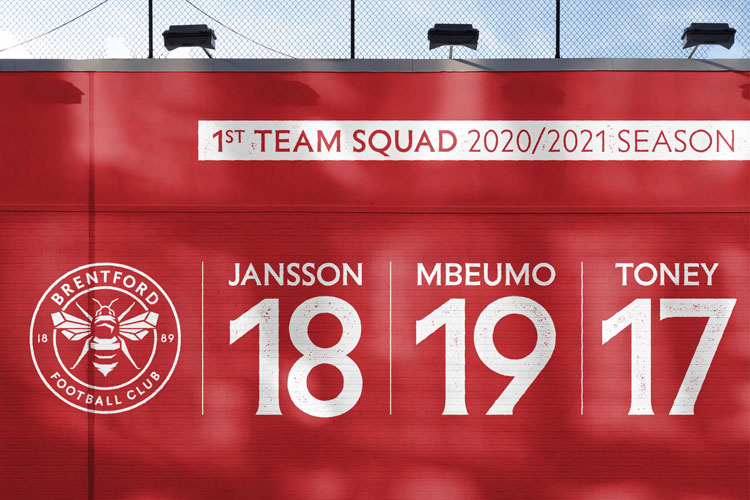 While the club’s red-and-white colour scheme is instantly recognisable, a few new shades have been added to the mix for greater flexibility. There’s a yellow and almost-gold tone as well as a deeper red which can be used for an older target audience. 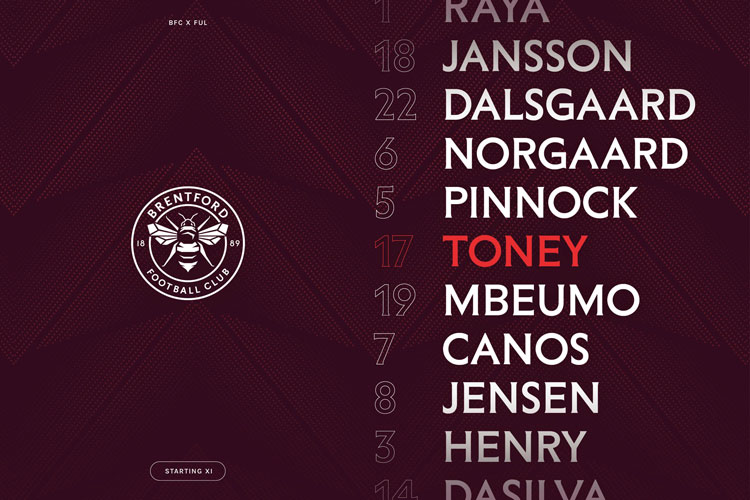 Thisaway has also worked with the team on new brand positioning: “forward-thinking football”. Cook cites the club’s business moves and identification of promising young talent as evidence of this.

“Across the whole business, the culture is to innovate and maximise everything they do, in order to gain an edge on the competition,” Cook says. “So we put this mantra at the centre of the brand.” 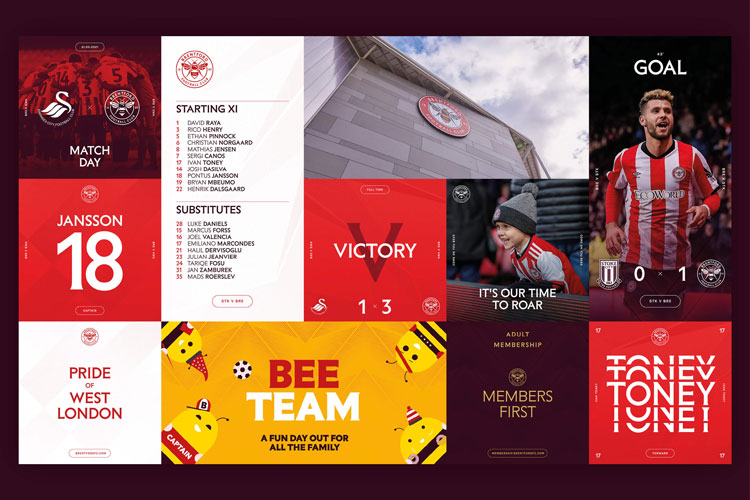 What do you think of the team’s new look? Let us know in the comments below.