Navigational app Waze has been given a new brand identity from Pentagram’s Natasha Jen and Waze’s in-house creative team led by Jake Shaw.

Waze, which is owned by Google, aims to “make people’s time on the road more rewarding”, according to Shaw. Waze is a navigational app with a social media element; users can interact with other drivers on the road and also warn them about traffic jams or other road impediments such as pot holes. This crowdsourcing element was a focus on the new identity.

It has an evolving list of in-app features, which range from “functional” like showing where the cheapest petrol station is to more “fun” features, like a celebrity voice adding guidance. “If we can evoke a smile every now and again, we all win,” Shaw adds. 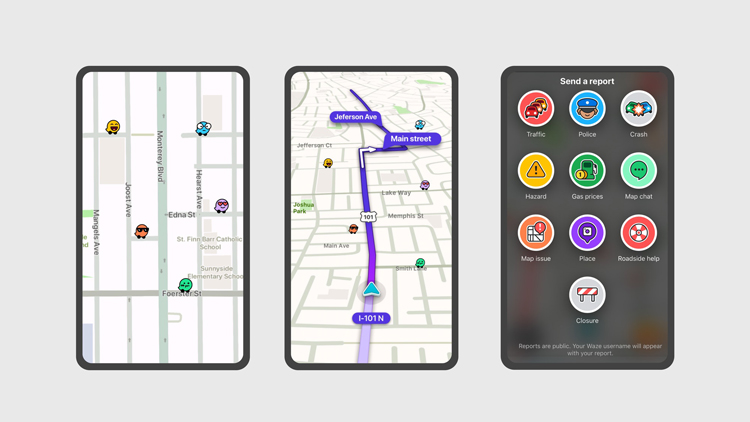 Waze has over 130 million users worldwide, and relies on a community-based system to conquer traffic. It releases real-time updates about road situations so that other drivers can understand what’s happening on the roads around them. There are also half a million map editors who report route changes in the app.

The design process for the rebrand included conversations with Waze users and a study to which 13,000 drivers contributed. Two ambitions emerged from these discussions, Shaw says. Firstly, a need for “consistency and simplicity” in the branding and also an ability for drivers to “express themselves” through the brand identity. 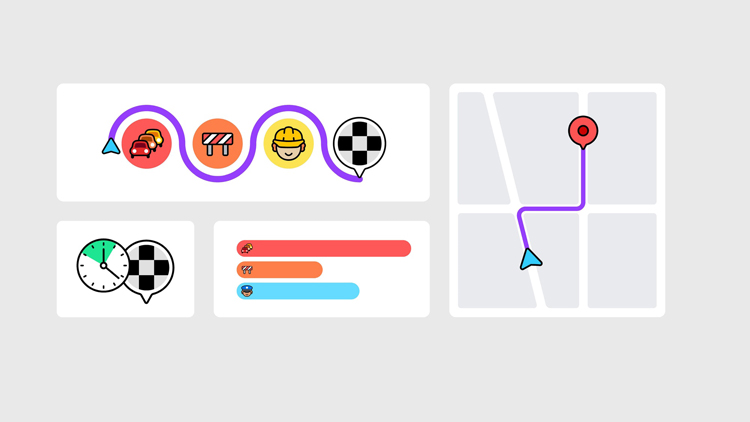 Shaw says that the team was not interested in being a “minimal, ‘elevated’ tech brand”, and instead wanted to focus on the community element of the app. For that reason, the identity centres on an expanded colour palette in a way that is distinctly “un-tech”, he says. This has been achieved by an atypically bright identity with cartoonish details.

“We’re chasing something that’s friendly, organic, and joyful,” he says. The palette now includes a bright blue, purple, green as well as red, yellow and orange. 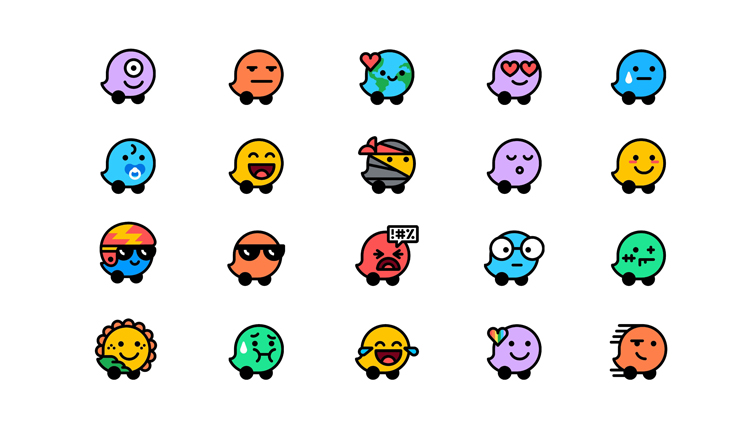 On the app, users appear as icons which are known as ‘Moods’. These are taken from the main logo – a symbol called ‘Wazer’ which has also been refreshed – and are animated circular figures with wheels. These avatars are inspired by the shape of speech bubbles, a nod to the social element of the app.

There is now an expanded set of emotions (30 of them) which range from happy to sick to angry. “A dozen drivers could all feel different in the exact same situation, so we set about capturing as many of those feelings as possible,” Shaw adds. Waze is planning to add to this set of emotions in the future. 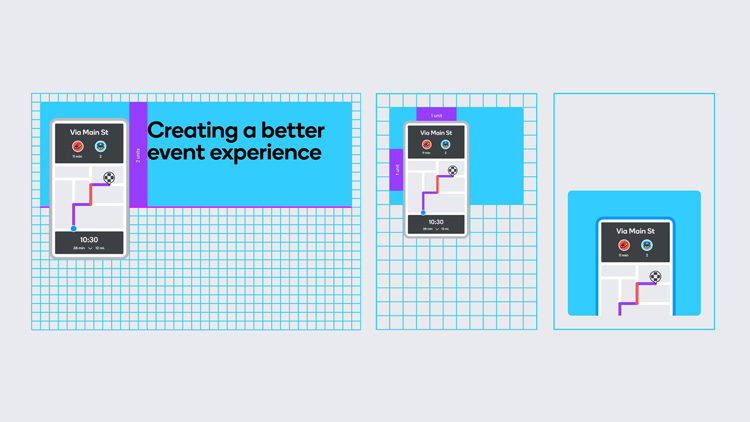 At the centre of the new identity is a visual language called ‘Block by Block’. According to Pentagram, this has been inspired by “the modular design of the city grid, roads and streets.” This grid is wide-ranging in its visual implications for the brand. As well as the mood-based avatars, other app-based details such as speech bubbles and product icons have been redrawn.

“The blocks are a simple way of bringing the road and map to life in a cohesive way, with an infinitely flexible array of shapes that reflect the variety of the brand but always read as Waze,” the studio says. It will provide a “strong but flexible foundation for the brand”, Pentagram adds.

The updated logotype is based on Boing, the sans serif typeface which “combines personality with utility and has rounded corners for a friendly look”. The original font has created by London-based foundry A2 Type. The refresh also includes a new tone of voice and messaging, which Pentagram says is “bold, witty and welcoming”.