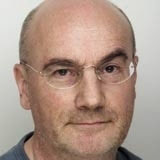 The digital revolution is turning the rules of commerce on their head, empowering consumers and making niche markets viable, says Adrian Shaughnessy

Anderson stumbled across the concept while studying sales statistics. Looking at graphs that plotted sales in conventional bricks-and-mortar businesses, Anderson noticed that the curve started high and then dipped dramatically, like a rollercoaster, to zero. In other words, a few items accounted for most of the sales.

But when Anderson looked at the sales curves of the new digital businesses, such as Amazon, iTunes and Ebay, he noticed something remarkable. He noticed that the curve dropped sharply after recording the high-volume sales, just as it did in conventional bricks-and-mortar companies, but in the new digital businesses it continued indefinitely, never hitting zero. This was the concept of The Long Tail.

Anderson’s theory states that in the digital domain, although sales of individual items may be small, cumulatively they can add up to more than the handful of big-selling items that drive most businesses. Anderson claims that his theory challenges the famous retail nostrum of ’80/20′, which states that ’20 per cent of products account for 80 per cent of sales (and usually 100 per cent of profits)’. Anderson notes that the 80/20 rule applies ‘practically everywhere.’

Everywhere, that is, except in the digital economy, where because of the absence of punishing retail floorspace rents, much higher inventory levels can be maintained and a far greater range of stock offered. In the case of products that can be delivered digitally, such as music and movies, stock levels are practically infinite.

As Anderson sees it, ‘Increasingly, the mass market is turning into a mass of niches. That mass of niches has always existed, but as the cost of reaching it falls – consumers finding niche products and niche products finding consumers – it’s suddenly becoming a cultural and economic force to be reckoned with.’ In The Long Tail economy, niche markets become important as lots of tiny sales add up to vast sales.

It’s easy to see how Anderson’s theory works for digital products like music and films, but what about the stuff we have to lug home from the supermarket? You can’t download groceries or furniture to your computer screen. True, but you can order them via the Internet, and Anderson sees The Long Tail phenomenon as part of a move towards real consumer empowerment.

Digital consumers are in control as never before. Anderson points out that a company’s brand is no longer what it says it is, ‘but what Google says it is’. He invites his readers to search ‘Dell hell’ for a consumer’s view of the computer manufacturer.

He sees The Long Tail phenomenon contributing to the end of a hit-driven economy – a pernicious system that is often dignified as ‘popular choice’, but which is really lack of choice. We are moving to a more democratic system where consumers are free to choose from a much wider range of goods than the narrow band of items retailers would like us to buy. As Anderson puts it, ‘Endless choice is creating unlimited demand.