The logo retains the core colours long associated with the brand – green and yellow – but it has opted to swap out italics in favour of a more minimalist typeface.

Meanwhile, the new symbol – featuring one yellow and one green arrow – is curved to form a large, graphic “S” shape.

Suzanne Greco, president and chief executive of Subway, says: “The Subway brand is recognised throughout the world, and this new look reinforces our commitment to staying fresh and forward-thinking with a design that is clear and confident without losing sight of our heritage.”

The new identity is expected to roll out across all Subway restaurants, communications, and digital experiences worldwide in early 2017.

“This was a cross-functional project led by our creative team, working with a variety of design partners. Our initial work began last fall and we went through several iterations over the past year to get the logo and symbol just right,” says Subway.

The restaurant chain says it will confirm who else has worked on the design of the new logo when it rolls out next year. 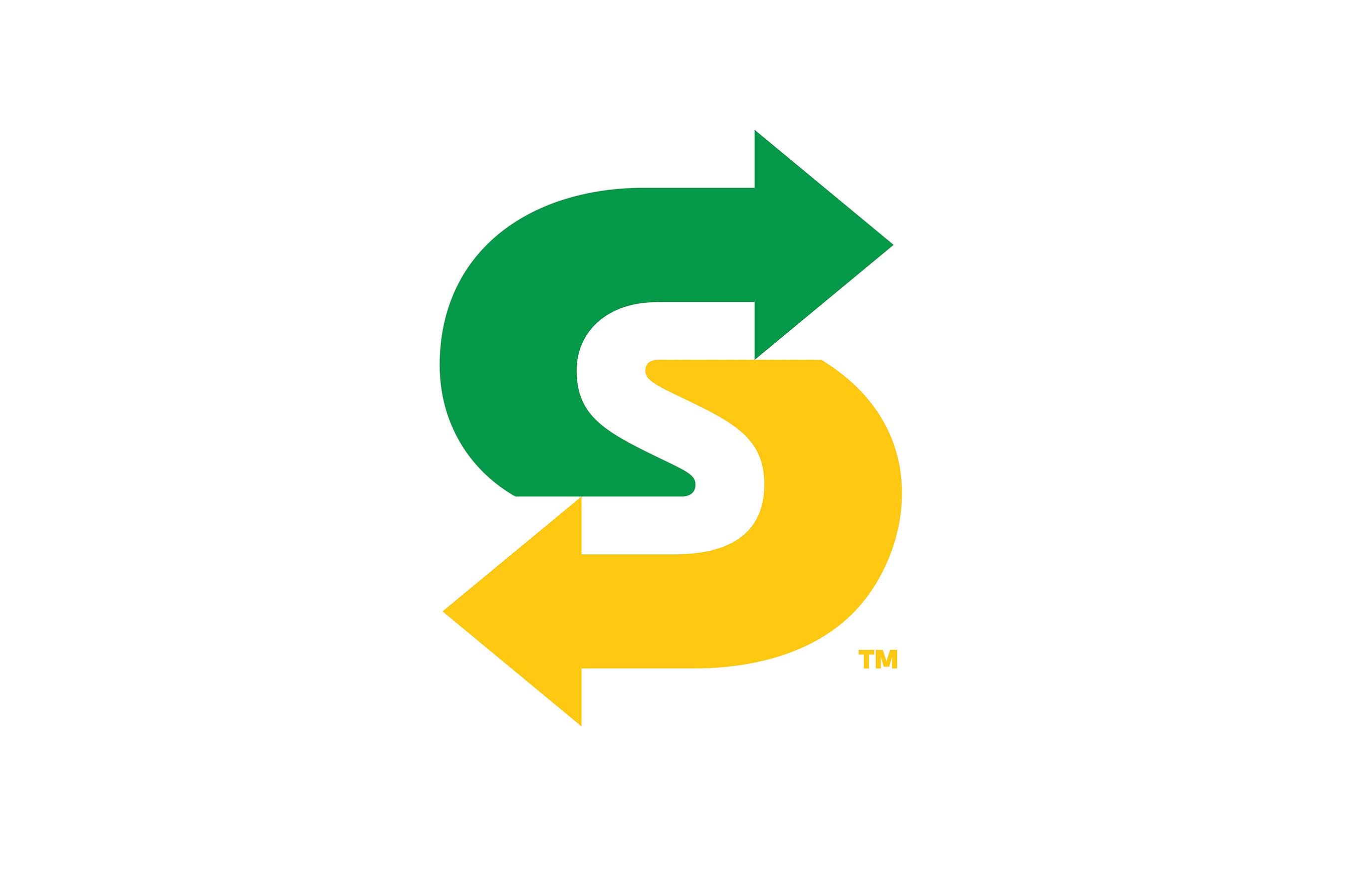