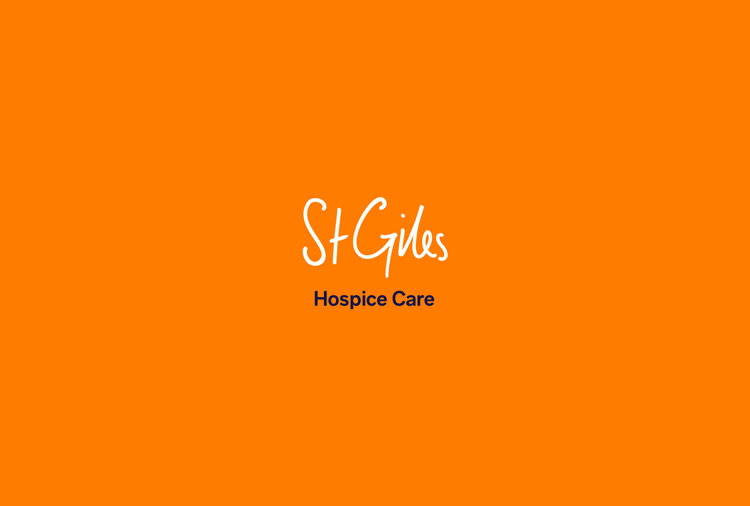 St Giles Hospice is based across Staffordshire in the West Midlands, and has four hospice branches as well as 31 charity shops. It provides medical and nursing care for people in local areas living with cancer and other serious illnesses, alongside support for families and carers. Bespoke care is offered at hospices or in patients’ homes.

While the hospice was founded in 1983 as a place providing end-of-life care for those with short-term terminal illnesses, it now also helps those with long-term conditions such as multiple sclerosis (MS) through holistic support such as pain management and therapy.

Certain was commissioned to “challenge preconceptions” of hospices, and change the “narrow view” people have of their role, says St Giles Hospice group CEO Emma Hodges.

The design process included focus groups with staff, patients and stakeholders. “When we first started working on the project, we were nervous,” says Phil Dean, managing director at Certain. “But we were struck by the positivity, optimism and brightness of the place and people.”

The previous branding saw a white and green logo using a sans-serif typeface for the hospice’s name. This has been replaced by an orange and white logo, using a brushscript, hand-drawn typeface called Hanken Sans.

The incumbent logo was “well past its sell-by-date”, says Dean, and “holding the charity back” in terms of fundraising and awareness.

“We went for a bright, sunny orange, because the hospice is about life,” Dean says. “The hand-drawn St Giles is unique to them, and feels softer and warmer. It aims to be bold and sensitive at the same time.”

This hand-drawn typeface has been complemented by a “chunky, sans-serif” one used across all touchpoints.

Other elements of the visual identity include a shortened “StG” version of the logo used across social media, photography featuring people of all ages, and an extended, “bright” colour palette of blues, purples, yellows and greys.

According to charity HospiceUK, 32% of people returned home after a spell of care in an inpatient hospice in 2016.

Management as well as end-of-life care

“One of the key things we wanted to convey was that, thanks to medicine and care, many people are living longer now,” Dean says. “St Giles Hospice is also about managing long-term terminal conditions, as well as helping people in their last days. It’s not this grim, dark place where people go to die.”

The new branding has begun rolling out across the charity’s social media platforms, fundraising and marketing materials and interiors of shops and hospices. A new website will launch later this month.

St Giles Hospice has over 400 members of staff, over 1,500 volunteers and spends £9 million a year on providing care. It offers care in Whittington, Sutton Coldfield, Walsall and Uttoxeter. 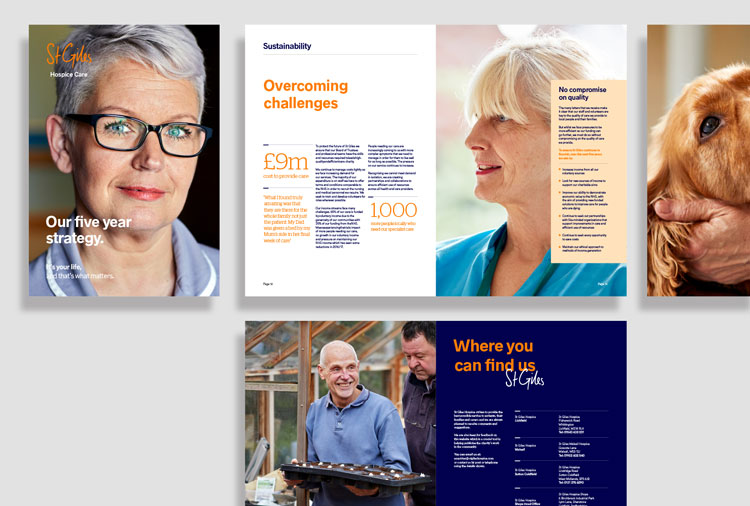 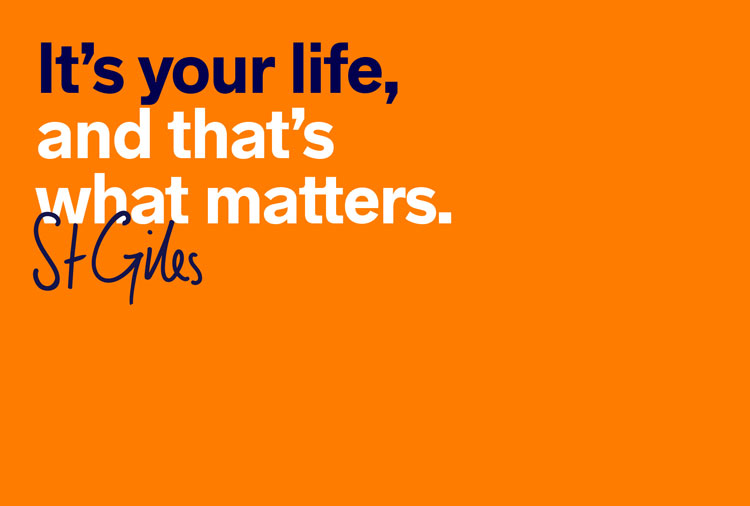 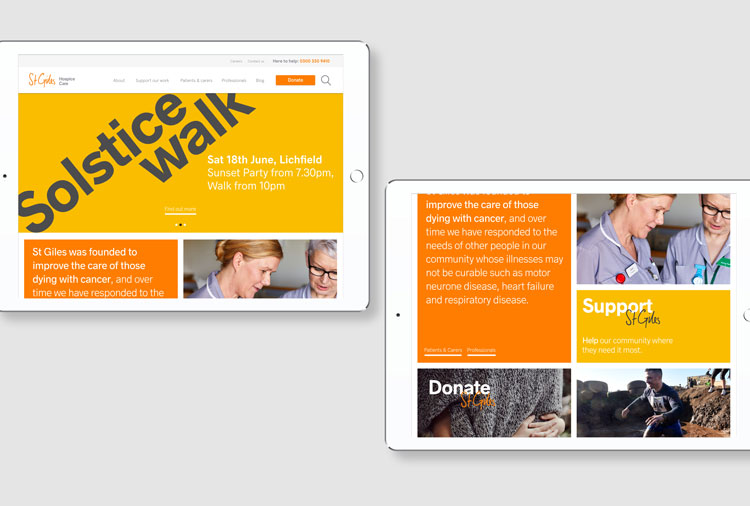 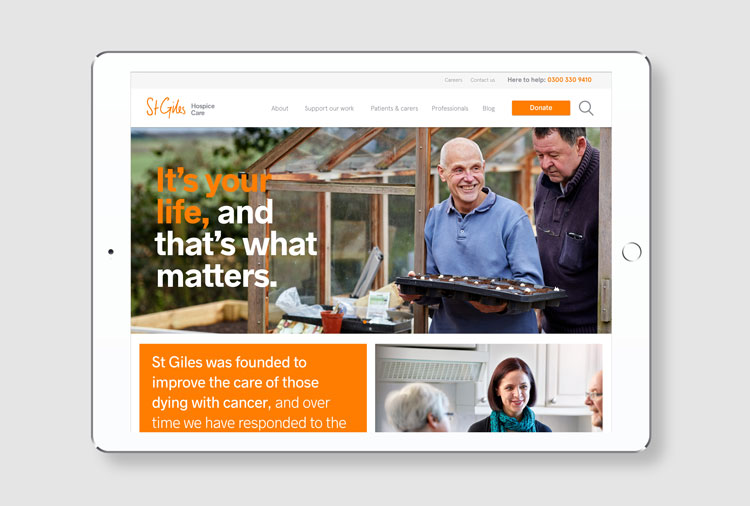 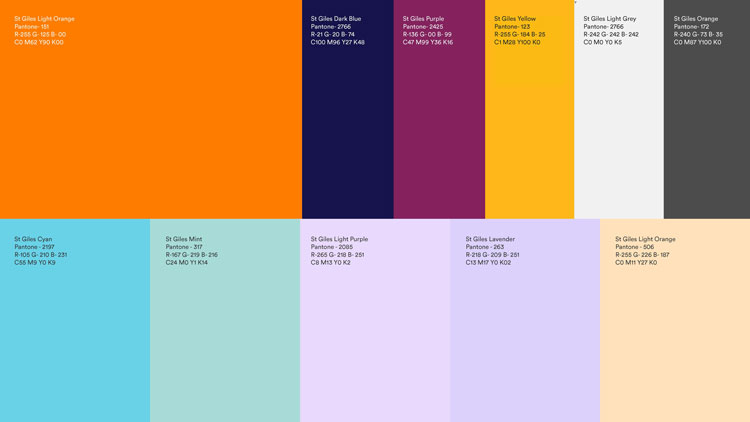 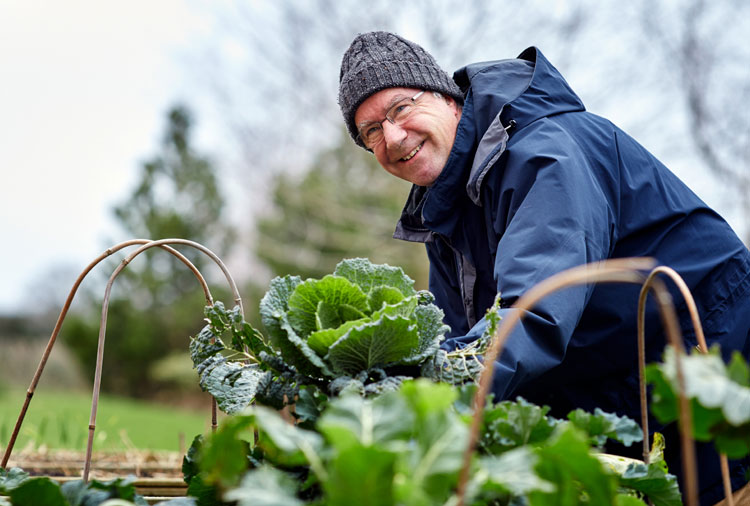 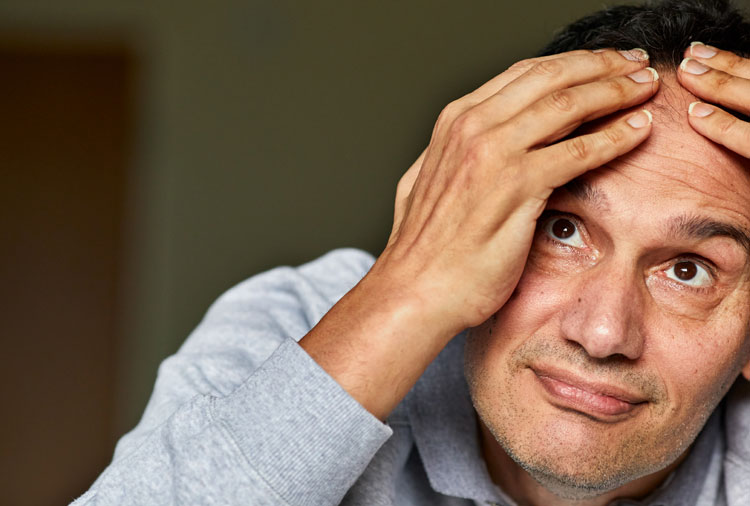