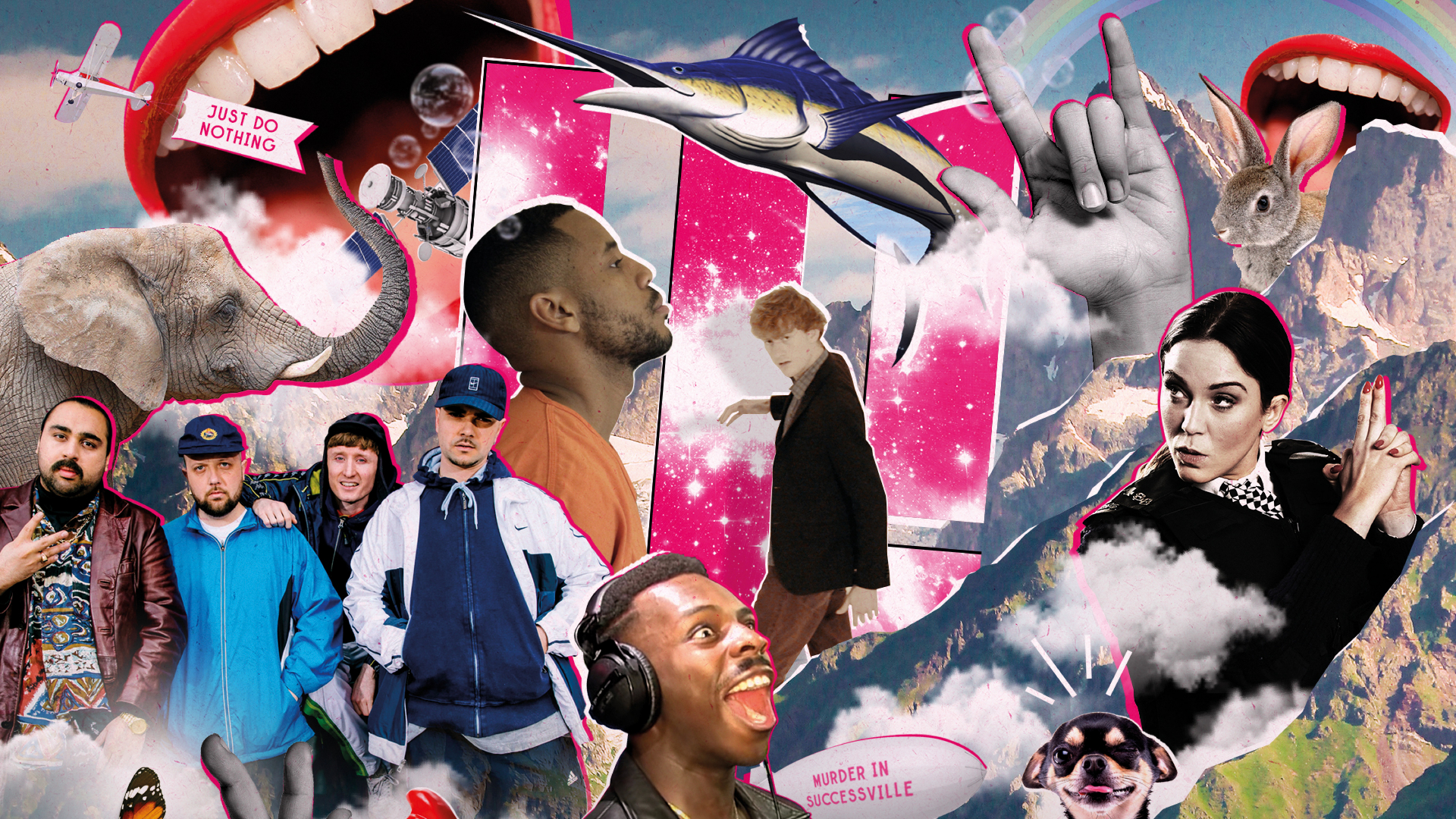 Studio Output has refreshed BBC Three’s brand identity, building on the aim of last year’s rebrand to make the online channel better suited for digital, and to appeal to its “core audience” of 16-24-year-olds.

The BBC channel went online-only in 2016, and received a rebrand by Red Bee Media, which aimed to change the associations of the channel from broadcast to digital. The word “three” in its logo was swapped for a three-panelled symbol, with the BBC wordmark sitting on top. The logo lock-up was then set against a pink background. 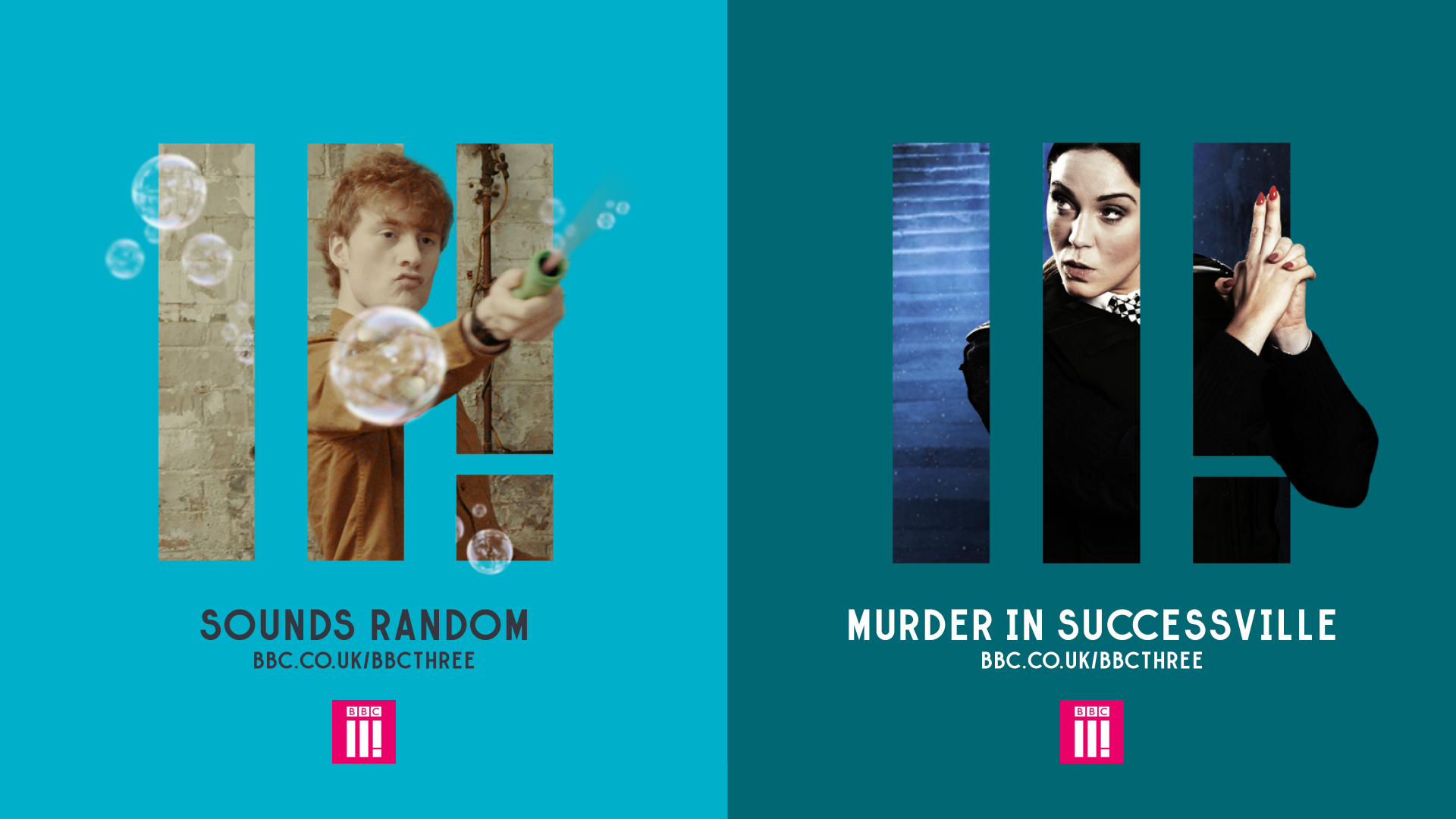 The rebrand last year saw four different sized-versions of the logo – Studio Output says it has “simplified” this by reducing it to one version, while also “freeing” it from its pink block background, allowing it to be used against different backgrounds and contexts.

“We allowed the ‘tri-con’ mark to exist outside of the pink background,” says Johanna Drewe, design director at Studio Output. “Now, it’s used it a fun, creative way, such as by putting animated gifs behind it.”

Studio Output has also stripped the use of type down to one typeface – Fin, created by Kate Moross – which was incorporated into the 2016 rebrand. 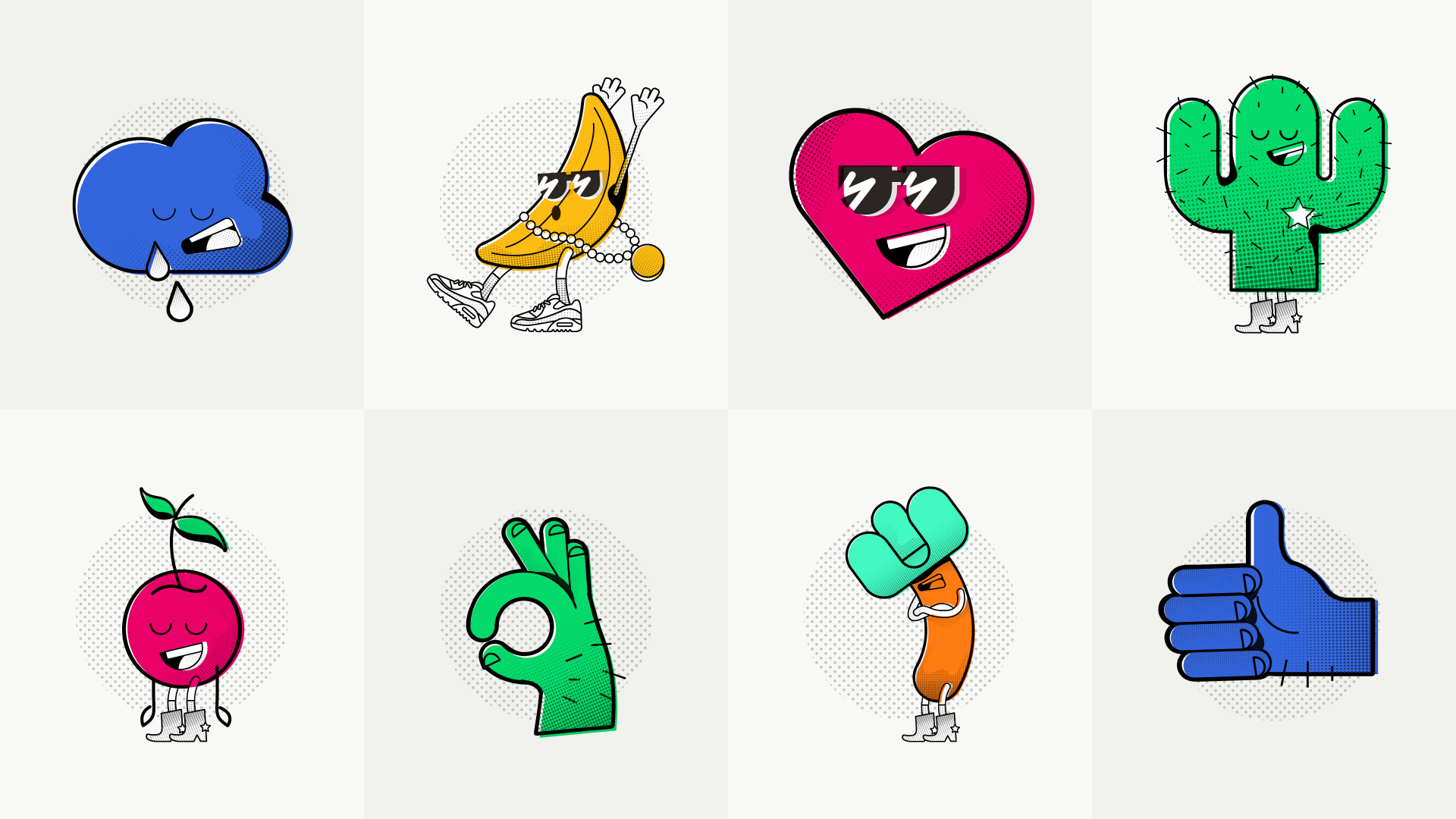 A series of animations, illustrations, “looser” typography treatments, and a multi-coloured secondary colour palette have also been incorporated across the website by Studio Output. 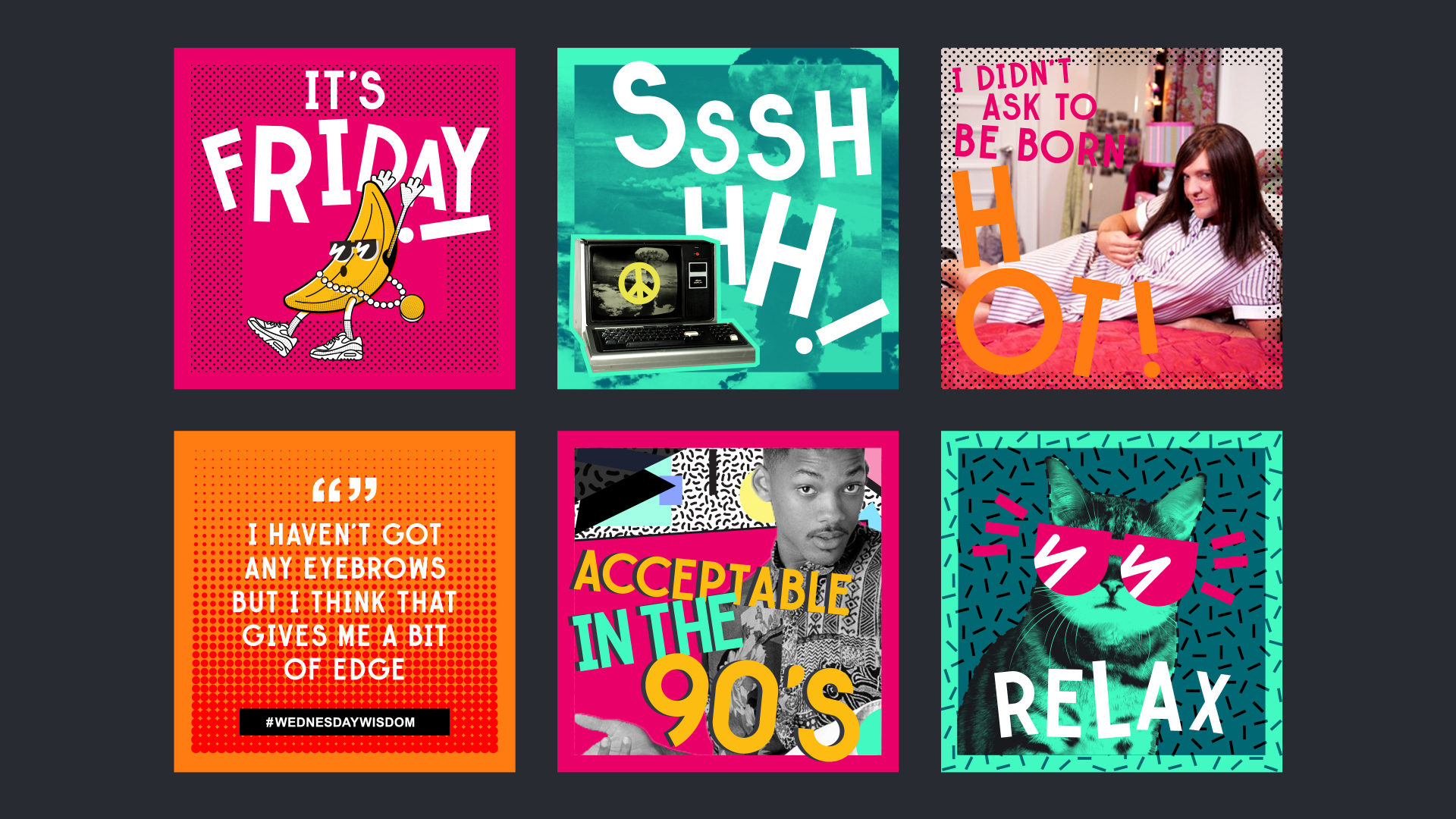 “The idea of the Red Bee Studio rebrand was to make the transition from broadcast to digital,” says Rob Coke, executive creative director at Studio Output. “Now that’s been successful, this was about bringing it to life and building on a broader digital identity for different social platforms.”

He adds: “There was quite a lot of illustrative, disparate content that was going out on social platforms. We’ve established characters, and an illustration style, which you can be flexible with. It was about using a few assets to get a sense of what the brand is.” 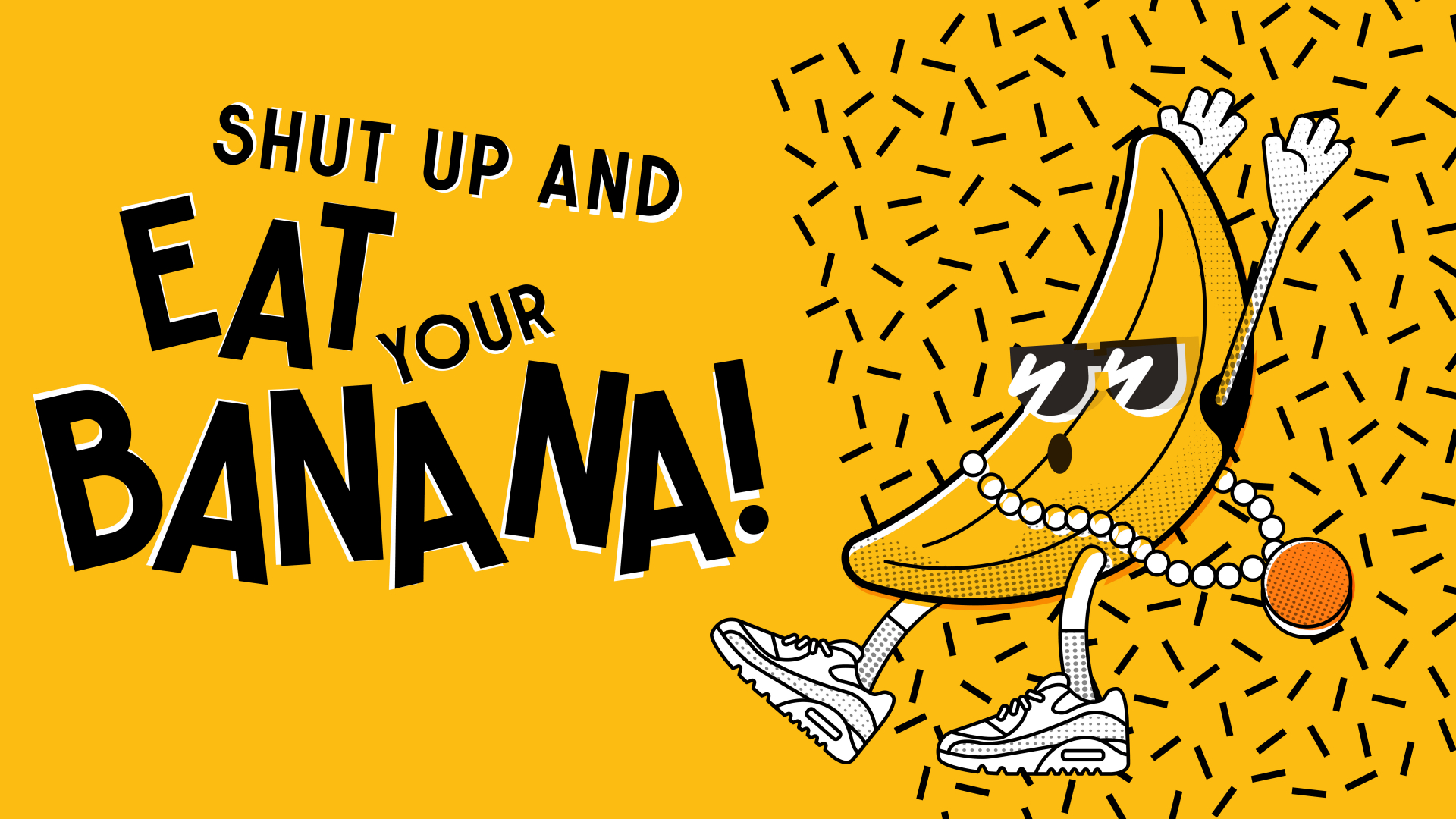 By establishing a framework of illustrative styles, this will also allow in-house designers to be “reactive” and create designs quickly, says Drewe.

“When news breaks, you need to be able to make animated gifs and illustrations really quickly,” she says. “With a system of rules and assets, you can’t go wrong – you can clash colours, stick illustrations on content and set type however you want in a free space. It allows the identity to constantly evolve and be fresh and exciting.” 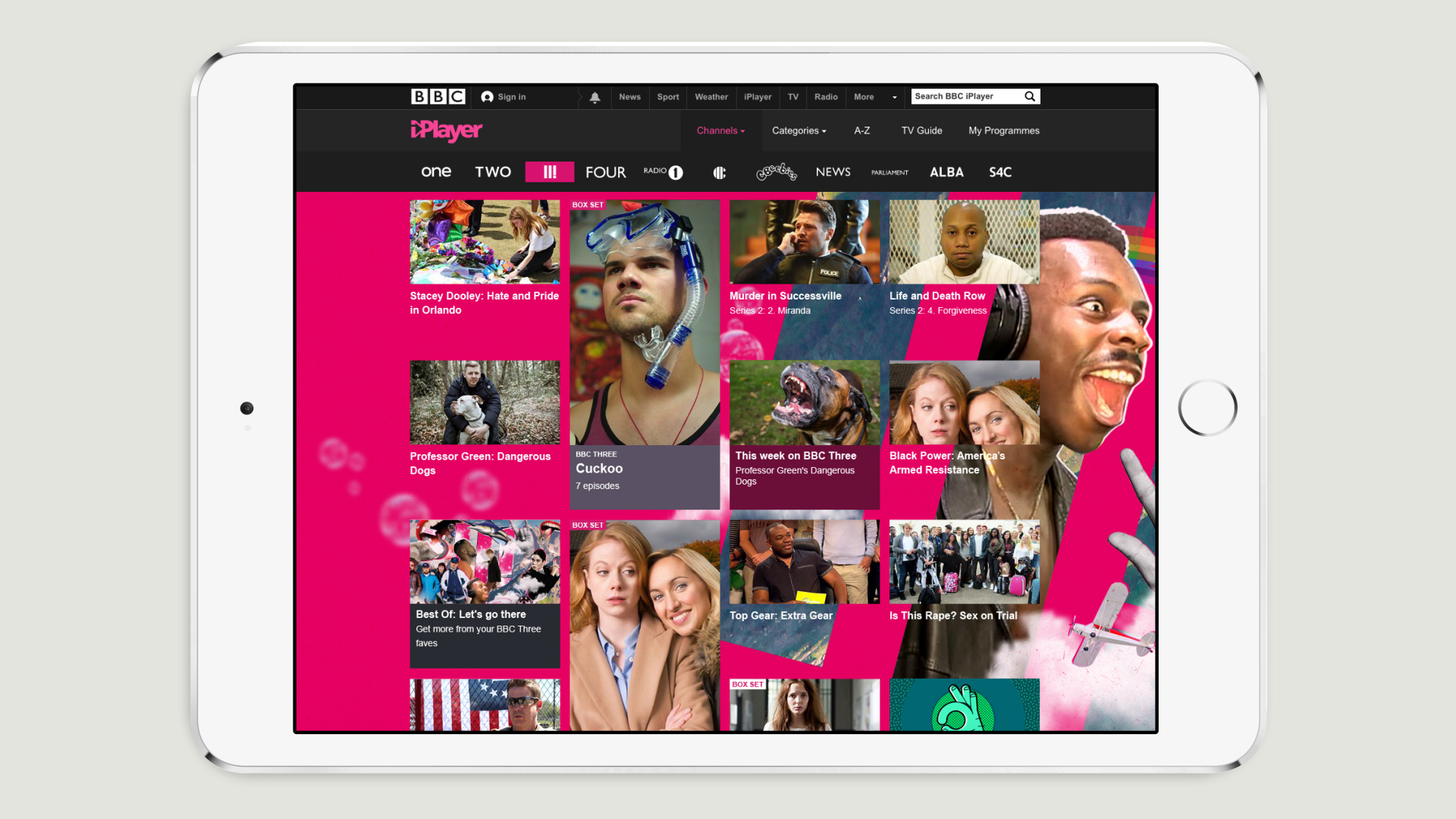 The style and character of the refreshed look was designed to appeal to BBC Three’s “core audience” of 16-to-24-year-olds, says Coke, with “bold” headlines and ample use of colour.

The brand refresh took roughly three months to complete. Studio Output is part of a BBC design roster, so was invited to complete the project. It is currently rolling out online.