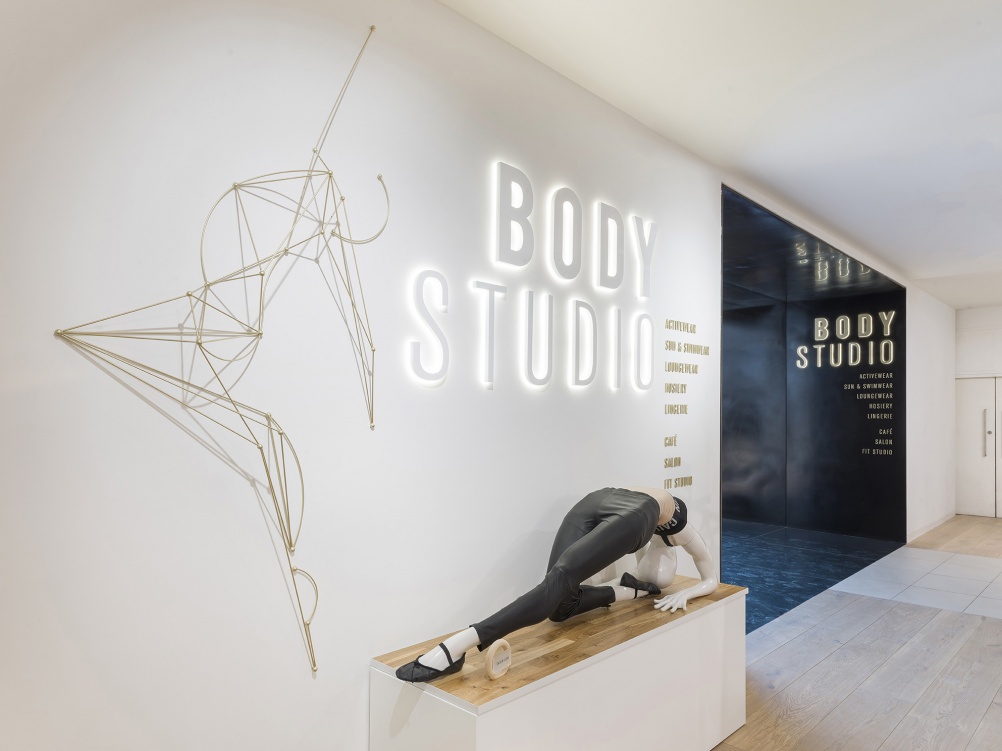 Selfridges in London has opened an in-store space dedicated to lingerie and underwear, which is its biggest ever department.

At 3,400m2, Body Studio has been designed by consultancy Neri + Hu and features exclusively “bodywear” for women. This includes underwear, lingerie, sleepwear, loungewear and sports clothing, along with fitness accessories.

Sections have been split into Activewear and Athleisure, Sun and Swim, Nice and Loungewear, Hosiery, Designer (designer lingerie) and Everyday Luxe (every-day range of lingerie).

The department also has a hair and beauty salon and a café.

The concept of all the areas aims to combine “fitness” with “mind and body wellness”, says Selfridges, and is influenced by “Japanese Zen” and “Californian healthy living”.

Rosanna Hu, co-founder at Neri + Hu, says the different rooms aim to be: “A progression of spaces that…[play] with notions of private and public; from the intimate and personal to the overt and playful”. 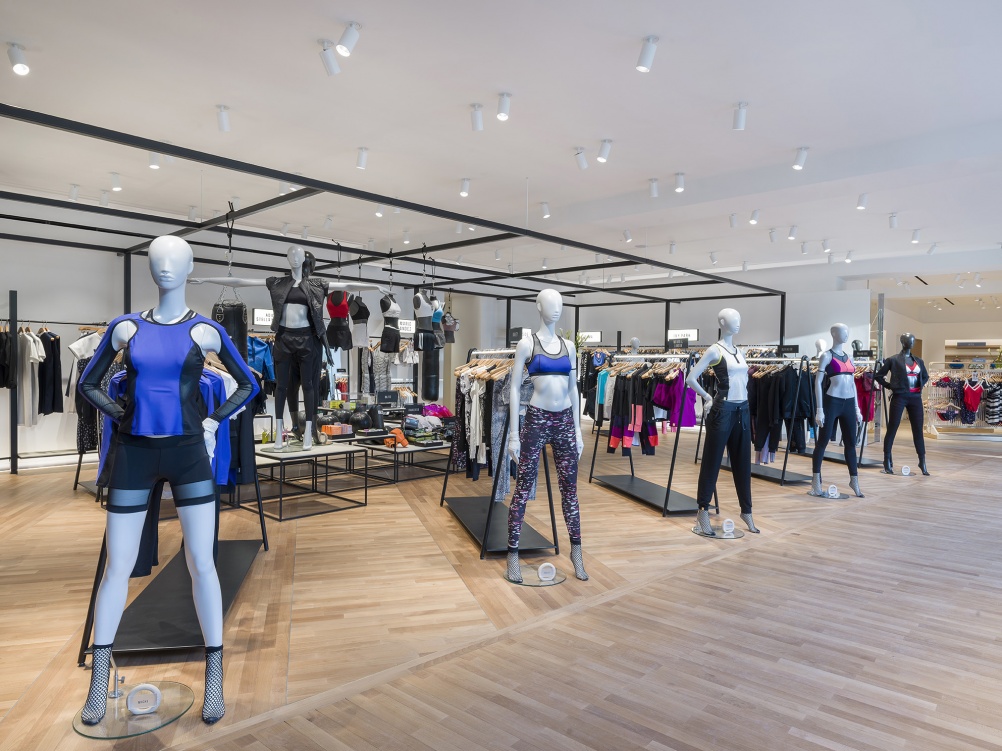 The gymwear section uses black metal tubing and illuminated light rails with wood floors, which aim to convey “high-energy”, the store says. The area has removal fixtures, meaning it doubles up as a fitness class space. 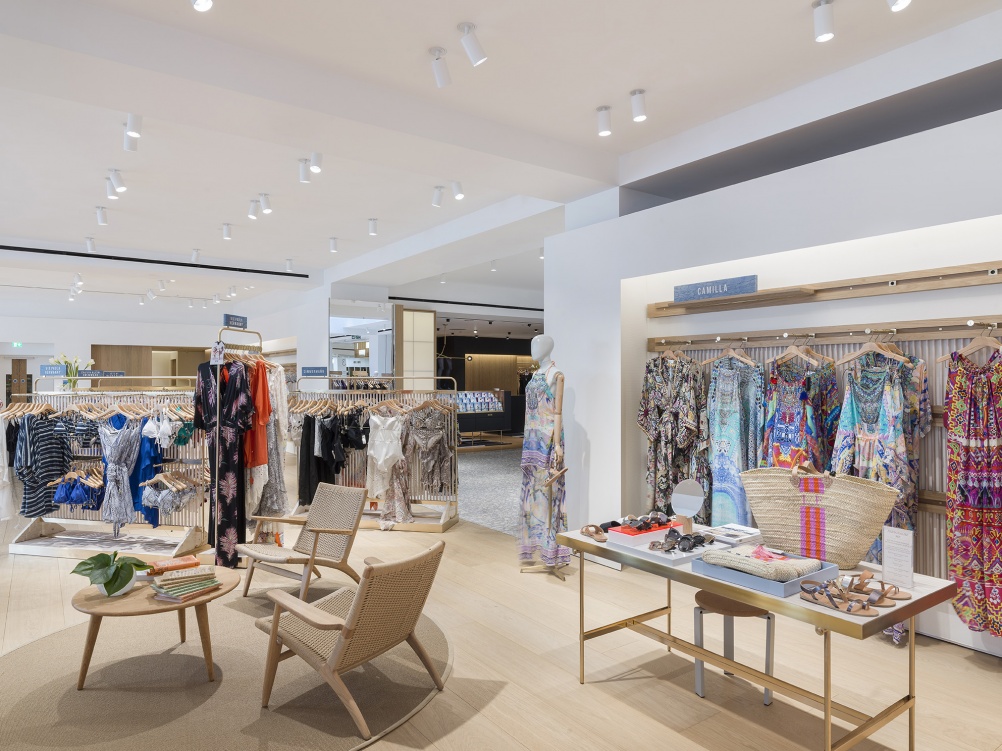 The swimwear section aims to represent “calm and warmth” and uses materials that remind of the “natural landscape of the seaside”, Selfridges says, such as timber and solid wood and coloured stones. 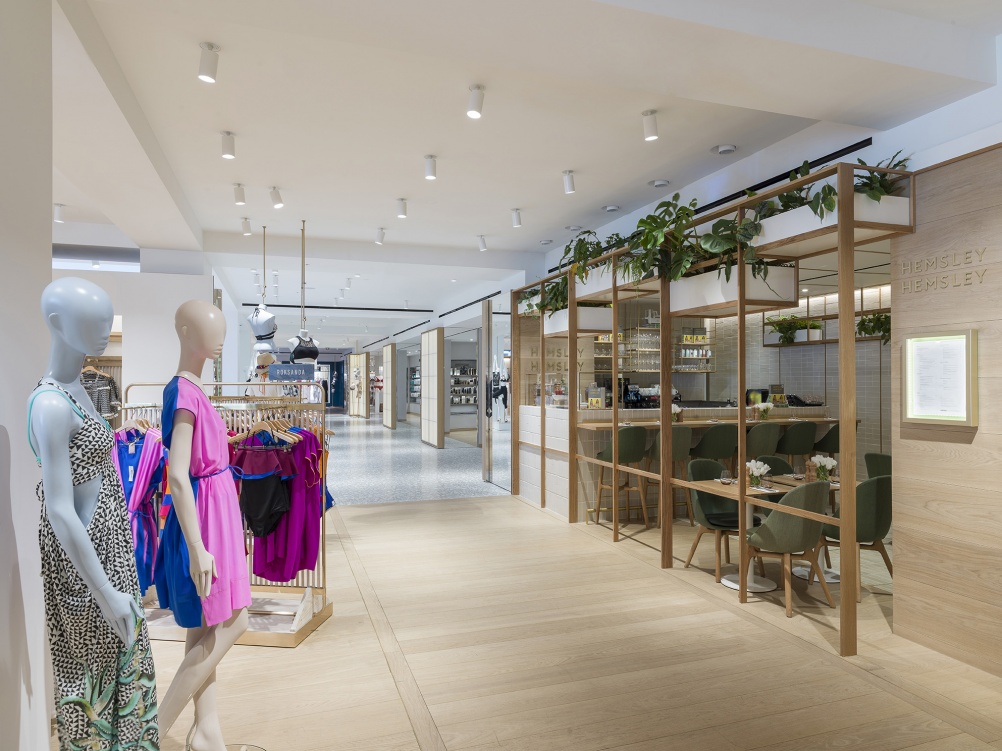 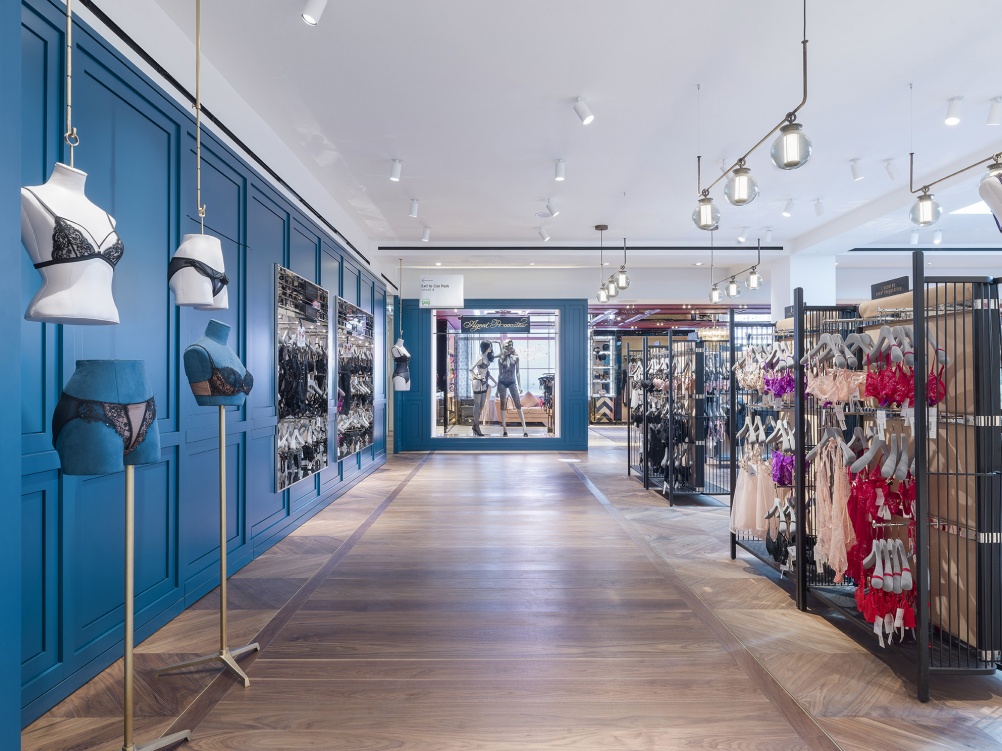 The designer sections, Luxe Designer and Naughty Designer, incorporate dark blue walls and brass alcoves to convey “mystery and fantasy”, and allude to a “forest” with brass “tree-like” installations and “cage-like” structures.

Selfridges claims the in-store space is the first one worldwide to incorporate all bodywear categories together in one department.

Lyndon Neri, co-founder at Neri + Hu, says the main aim was to create a “fresh and vibrant” space, which was different from other lingerie stores, which incorporate either a “boudoir aesthetic” or a “utilitarian, no design ‘storage like’ display”.

The Body Studio is based within Selfridges at 400 Oxford Street, London.