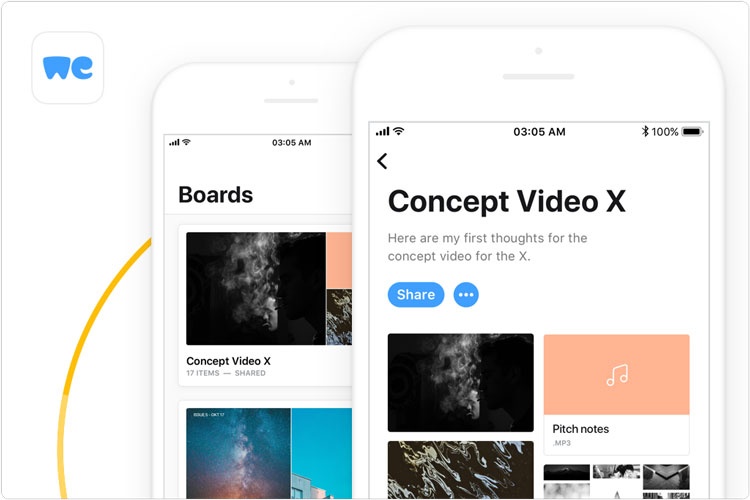 File sharing website WeTransfer has launched a new app that allows users to collect and share content such as videos and documents from a single place on their smartphones.

Founded in 2009, the Amsterdam-based company’s service allows people to share files that are too large to be sent over email. Today, it has 40 million monthly users and in 2016 it opened an office in Los Angeles, California.

The new WeTransfer app has been designed by its in-house creative team to help the company transition from “being that file transfer thing” to a business “that’s about making sharing simple”, says co-founder Nalden.

The decision was made to replace WeTransfer’s existing app after the company underwent a rebrand and website redesign in 2016, which was completed by its in-house creative team and saw it drop “transfer” from its name.

“Mobile is heading towards being 10 times as big as the computer industry, which makes mobile the tech industry’s centre of gravity,” says Nalden. “Our current app isn’t living up to that potential. So last year, we embarked on a journey to go back to basics and rethink how WeTransfer does mobile.”

The new app allows users to collate all kinds of content – including pictures, documents and songs – in one place. Content can be added from any other app by using the plus button in the WeTransfer app, or through the iOS share extension.

Users can then organise them on Pinterest-style “boards”, which are unlimited in size and can be shared with colleagues, friends or family via the app. The boards can also be shared straight from the app via other channels such as email, text, Slack or WhatsApp.

WeTransfer’s aim is that the app will be used by people for everything from creating a mood board for a client and composing a storyboard for a video, to finding wedding inspiration and planning their fiscal year.

For designers and other creatives in particular, the app looks to “simplify and enhance” how they carry out work on their mobiles, says WeTransfer product manager Nina Rutten.

She adds: “It is a one-stop hub to gather all your inspiration or the things you’ve created in different apps in one place, and share it anywhere.”

The app is available for free on iOS devices from the App Store, and is expected to roll out to Android in the future. 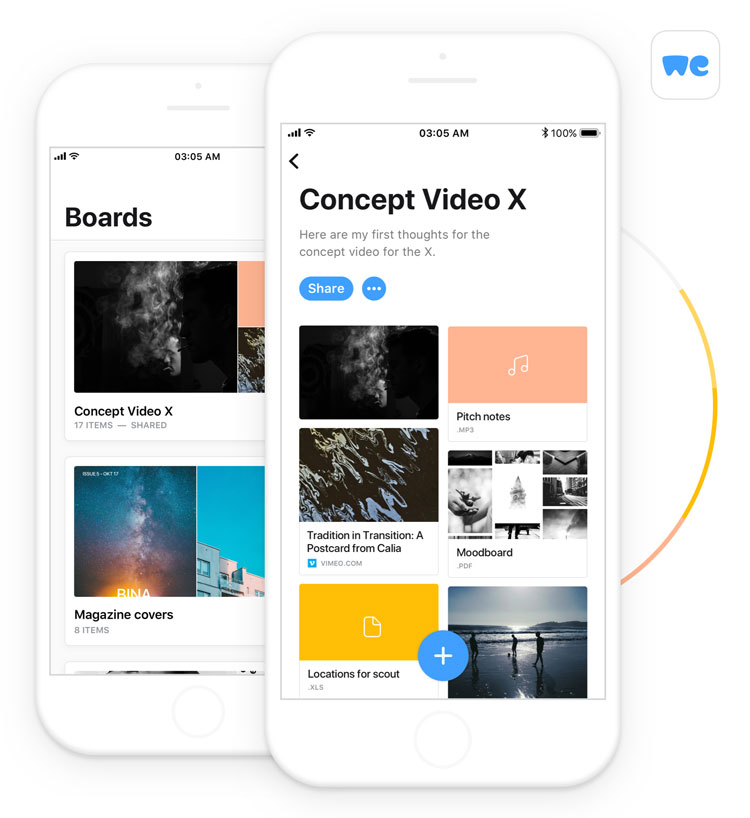 Something Good 2017: top picks from the festival

Schweppes wants to look like champagne with bottle makeover