Volkswagen (VW) has revealed its new logo which aims to be “clearer” across digital applications and better represent electric vehicles.

The previous logo’s three-dimensional chrome effect and blue background has been replaced by a “flat two-dimensional design”.

Created in-house, the pared-back redesign has a “high flexibility” across physical and digital platforms, VW says.

VW badges will be illuminated on the front of vehicles, at showrooms and at other branded locations.

There is also a change in sound design. The male voice VW has used for several decades to present and market vehicles is to become female.

“On almost all markets, a woman with a warm, pleasant and confident voice will speak for Volkswagen,” the company says.

The rollout will start in Europe initially, followed by China in October and North and South America from the beginning of 2020. 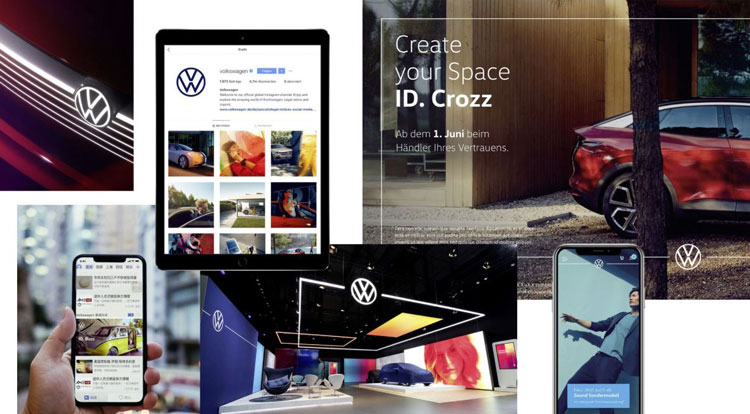 The company’s chief marketing officer, Jochen Sengpiehl says: “We want to become more human and move lively, to adopt the customer’s perspective to a greater extent and to tell authentic stories.”

Though precise details have not yet been revealed about how this will be achieved, the company says that the brand design and visual language will be “more personalised and much more individual”.

The rebrand — which the company is calling the “New Volkswagen” — is accompanied by a range of models intended to usher in a “new era of climate-friendly mobility”.

The ID.3, the first VW model to feature the new logo, is an electric vehicle with “zero local emissions”. The company has also previewed an electric version of its classic camper van.

The announcement of a “New Volkswagen” follows a global emissions scandal which resulted in the company’s first quarterly loss for 15 years of €2.5bn in October 2015.

Earlier that year, VW was accused of installing software in its diesel vehicles which could detect when the cars were being tested and would change the results accordingly. 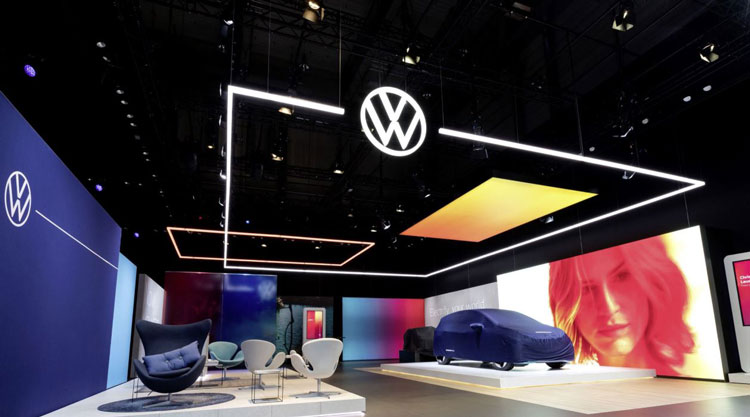 Following the accusations from the Environmental Protection Agency, the automobile company admitted that around 11 million cars worldwide were fitted with the same software.

It meant that much more harmful emissions, such as nitrogen dioxide, were released than was previously estimated. One estimation put the figure between 250,000 to 1m extra tonnes every year.

With this redesign, the company “intends to have a neutral carbon balance” and claims that its electric models will make VW the “world’s most sustainable automobile brand”.