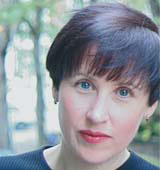 Alice Rawsthorn had a profound effect on the Design Museum’s fortunes, so why is her ‘departure’ shrouded in secrecy? Scott Billings investigates

Alice Rawsthorn’s (pictured) sudden departure as director of the Design Museum two weeks ago was almost presented as part of the museum’s new development phase (DW 2 February). Details on the nature of her exit are conspicuous by their absence and the museum’s press release, issued late on a Friday afternoon, launches with plans to bring in a new director to help oversee an ambitious £50m expansion and relocation scheme.

A source last week claimed that Rawsthorn was ousted by the board of trustees at a meeting the day before the museum’s announcement. Speculation, to this effect, mounted in the press this week, although chairman Luqman Arnold is giving nothing away regarding the circumstances of her exit.

A spokeswoman for the museum denies that such a board meeting took place so recently, and declines to comment further on this assertion. Rawsthorn herself remains quiet, and the museum’s official announcement couched the development in ambiguous terms, referring only to her ‘departure’. It is not clear whether legal negotiations are responsible for this silence.

Despite boosting visitor numbers by 40 per cent to over 250 000 last year, and launching the high profile Designer of the Year award during her tenure, some of Rawsthorn’s curatorial decisions have irked certain members of the charity’s board of trustees. James Dyson resigned his position as chairman in September 2004, because the museum was failing to remain ‘true to its original vision’, namely exploring the process and utility of industrial design (DW 30 September 2004). The award of Designer of the Year to ‘design strategist’ and Design Council director Hilary Cottam also raised eyebrows last year (DW 16 June 2005).

The friction that resulted from some of Rawsthorn’s exhibition subjects is highlighted by Dyson’s departure. At that time, Sir Terence Conran, the museum’s founder in 1989, noted that, ‘the whole point of the Design Museum was to demonstrate, among other things, how things work and are made, why intelligent design can make things work better, and how new materials and manufacturing can bring better products at better prices to the consumer’.

An exhibition on flower arranger and social educator Constance Spry was seen to be stretching the boundaries of this remit, into an area which Conran referred to as ‘cosmetic styling’.

Graphic designer Peter Saville, whose work featured in a retrospective at the Design Museum in 2003, believes Rawsthorn’s directorship was beneficial and describes her departure as ‘abrupt’.

‘She has contributed enormously to the contemporary relevance of the institution,’ says Saville. ‘She has either been on the beat or, in some cases, leading it. But the board needs to be on a compatible wavelength with the director. Each needs to support the other’s agenda. One can only imagine that the future will reflect the agenda of the trustees’.

‘The museum needs to maintain its contemporary dynamic and must provoke people, or it will sit and gather dust, like it did before’, he continues. ‘It should be targeting 15- to 30-year-olds, inspiring and informing young people. Not people like me and the board, who are of an older generation. We’re boring,’ he adds.

Emily Campbell, head of design and architecture at the British Council, also believes that Rawsthorn steered the museum in a positive direction. ‘Alice’s term as director has really started to transform the Design Museum into a powerful organ of public communication and debate about design in all its dimensions. I hope that can be sustained by her successor,’ she says.

An international headhunt is now on to find a successor. In the meantime, former British Museum managing director Suzanna Taverne will act as an advisor to the board and Rawsthorn will continue to lead the Great British Design Quest – the Design Museum’s public vote on 20th century design icons, run in collaboration with BBC Two’s The Culture Show.

The incoming director will pick up plans to relocate and expand the Design Museum from its current building in London’s Shad Thames and will spearhead the capital fund-raising needed to realise the project.

It is understood that a new site is already earmarked for a significantly expanded museum. If so, it is unlikely that the museum will become part of the Creativity and Innovation Centre proposed for the capital by Design Council chairman Sir George Cox in his report to Chancellor Gordon Brown (DW 8 December 2005).

The board plans to undertake an ‘open conversation’ about the role and content of the new Design Museum, but education is likely to be a priority, says Arnold (pictured right), who denies he will influence curatorial direction.

He aims to complete the ‘world’s leading museum of design’ in time for the London Olympics in 2012, so that it may capitalise on the cultural activity the games will stimulate.

‘This has to be one of the best jobs going in the design world at the moment,’ he says of the vacant position. ‘I would expect whoever comes in to have the experience of running a major museum. It would be nice if we could find [Tate director] Sir Nicholas Serota’s twin.’

• Funded through a combination of grants, donations and sponsorships

• Car manufacturer Citroën last week announced a ‘five-figure’ sponsorship of a programme of talks and events at the museum; it will also place the Citroën C6 car in the Design Museum Tank, located outside the main building

Design Museum to be independent of London centre