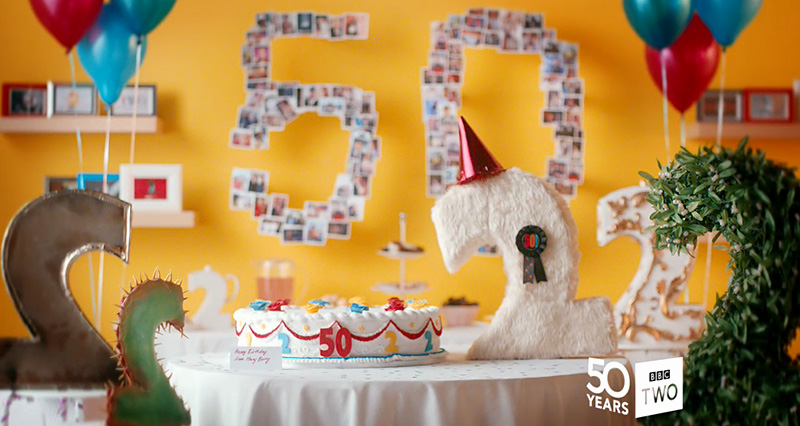 The consultancy was briefed to ‘remind people of what they love most about the channel’ which it says ‘many take for granted’.

Its response was to throw the channel ‘a fun birthday party’ inviting the most well known 2s along from past idents as guests. 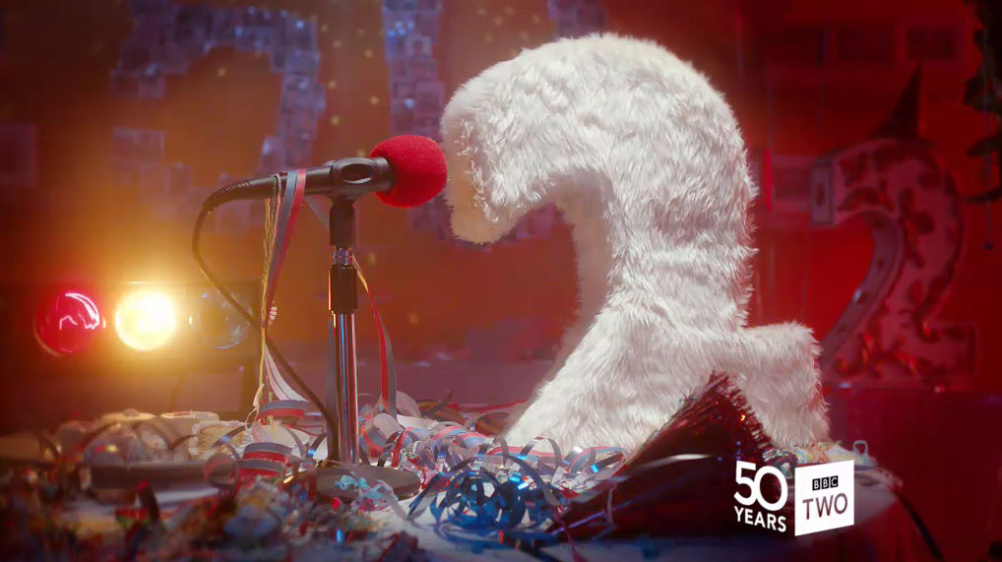 A fluffy white number 2 is featured celebrating with other number 2s in a series of scenarios including singing karaoke, eating cake and looking back at photos of BBC2 shows.

Red Bee Media says, ‘The idea was to have fun, and continue to showcase the channel’s tongue in cheek personality at this great milestone.’

BBC2 marketing manager Nicholas Rogers says, ‘Over the last 50 years, BBC2 has displayed bags of personality, so we wanted to remind people what made – and still makes – BBC2 so special.

‘We felt there was no better way to do this than showcasing past idents that everyone nostalgically loves, as well as highlighting some of the amazing talent that has been on the channel, and still is today.’

Earlier this year Lisa Hill from consultancy Lambie-Nairn, which developed the BBC2 idents, chose her top five television idents for us.

‘Let it be printed’