‘Throughout the years there have been some terrible decisions made when designing football kits, ranging from the ridiculous (mid-’90s England goalkeepers) to the bizarre (Coventry City’s 1978 brown kit). However, if we take “best designed” to mean the kit that best communicates a desired message then it has to be the Liverpool FC 1964 kit. The manager at the time Bill Shankly decided that he would change the kit design to all-red – doing away with the white shorts, socks and trim – in order to make his team look more intimidating to opponents. Ian St John, a player at the time, recalls, “Shankly thought the colour scheme would carry psychological impact – red for danger, red for power.” Liverpool went on to dominate English and European football for the next 25 years. Now you can’t get much better impact of a kit design than that (although I suspect it wasn’t all down to the all-red kit).’ 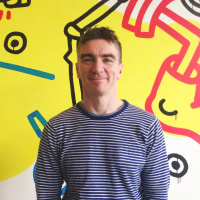 ‘Having done some low-level research, my gut feeling has been confirmed. The late ’70s early ’80s were the best decade for the England strip – also known as the ‘Admiral era’. Admiral had a fine piece of brand design for themselves, and they generously extended their cool to the England strip. Those awkwardly short shorts and questionably tight shirts complemented the players’ bubble perms very nicely. Also it was the first time that an emblem other than the three lions was introduced: red and blue striping on collar and sleeves. Jimmy Greaves wasn’t happy, he thought the new strip looked like pyjamas. You can’t please everyone, I guess.’

‘I personally have a soft spot for the French away kit from 2011/13. It’s super-simple, but clever as hell. The design takes its inspiration from the Breton shirt ”the marinière”. Originally the uniform of the French Navy in Brittany featuring 21 stripes (one for each of Napoleon’s victories), it now brings to life the positive images of France as a country of elegance, refinement and style. Something the national team reflects in their on-field play. The proof in the success was felt as I stood in Nike town almost buying the national shirt of a country we historically see as a rival. Bravo Nike.’ 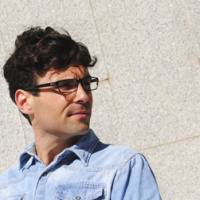 ‘A cliché I know, but it has to be the Brazil 1970 kit; it was the only non-English kit I had as a youngster. And of course, it ties in nicely with one of the most glorious football teams to ever grace the green turf (Pele, Rivelino, Jairzinho). But the all-yellow top with classic green trim & blue shorts – well it doesn’t get much better than that.’