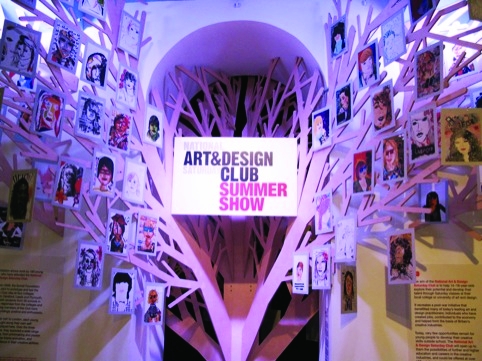 The pledge follows a recommendation in the Henley Review of Cultural Education, delivered by Classic FM managing director Darren Henley.

The Department of Education says it will provide the cash – the first Government funding the Sorrell Foundation scheme has received – while additional funding will come from the Paul Hamlyn Foundation and the Esmee Fairburn Foundation.

The National Art and Design Saturday Club initiative was set up in 2009 and gives young people aged 14-16 the opportunity to study art and design at a local college or university.

The scheme was set up by John and Frances Sorrell, who both attended Saturday art clubs in their teens.

Sir John Sorrell says, ‘I was saying to Michael Gove today – I’d love to say that this was our idea, but it’s an old idea we benefitted from when we were kids. We’ve just revived it.’

He adds, ‘What you’re doing with this scheme is taking a 14-year-old and showing them facilities and opportunities that normally wouldn’t be available until they’re 16.’

Sorrell says the initiative is currently running at 17 locations around the country, with about 130 schools and around 650 youngsters taking part.

Other initiatives to be implemented following the Henley Review include a new national plan for cultural education and the formation of a new national youth dance company.

Voxpop – What is your favourite book cover design?

Do we have to have a heart?