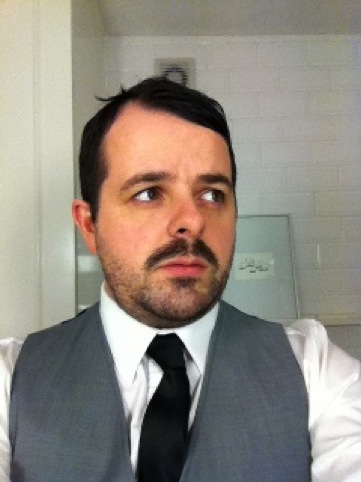 HMV chief executive Simon Fox recently suggested that the company’s 8 per cent year-on-year decline in sales was cause for optimism thanks to its diversification into technology products such as tablets, headphones and MP3 players; but plenty of stores already do this. For a company that made a £36 million loss in the six months running up to Christmas and with a ever-declining share price (circa 2.95p, valuing the business at £12.5m), this is an Elastoplast solution on what is clearly a gaping wound. What it needs is a brand overhaul and a consumer experience rethink.

Can HMV be rescued? Should it be rescued at all? I think it can, and more importantly I believe it should be.

The high street is losing it’s personality and bastions like HMV should try to avoid following in the footsteps of Woolworths for fear of aiding the prevailing homogenisation. We still need tangible experiences that are partly fuelled by serendipitous nature of shopping.

HMV is a big chain, and its first step should be to close many of its provincial stores to reduce further financial exposure. This will reduce losses and allow for re-investment in the cherry-picked stores that remain. How could these now aging, almost archaic stores be refurbished? Let’s use the example of their flagship store on central London’s Oxford Street.

A friend and I had a race the other day. The challenge was to ask a passer-by to give us an artist, then both of us had to go and buy an album by that artist. I was outside the HMV store on Oxford Street with my smartphone and a 3G connection. My friend raced off into the store. The smartphone won by about six minutes. I was also able to listen to the album (Radiohead) before my friend had even emerged from the store. Mine cost £6.99, hers £7.99 (for a CD which she’d have to take home and play).

Part of the reason my friend took so long (knowing she’d lose) was that she got distracted by many other offers, albums and music. Facebook ‘Likes’ didn’t do that. Amazon’s recommendation engine couldn’t emulate this. Google’s personalised search results couldn’t help her find the other albums and book she bought. Sagacity did. This is something no machine can imitate.

I believe that we are soon going to be jaded by what internet activist Eli Pariser describes as our ‘Filter Bubble’ – Google, as amazing as it is, can only answer the questions you ask it – it cannot tell you which questions you should be asking. Search results and news feeds are all now influenced by engines that take as a point of entry all that they know about you and spit back the information they think you’ll want.

What is on the screen when you open Spotify? Recommendations on new music based on its knowledge of you. What happens if you visit Rough Trade Records? You often leave with albums and music from artists you’ve never heard of, having heard it played in the store, or from talking to one of the employees who clearly live and breathe music. This is where HMV can start to focus and become a trendsetter once again.

In 1971 Richard Branson opened the first Virgin Record store. Aside from its imports from Europe, what made the store unique was the more laid-back, human, physical elements it provided for the customer: old, comfortable sofas and recliners with headphones plugged in to record players. They were seen as insane, that you’d never get rid of people. Branson’s response was, ‘Good, we want them to stay’, because he knew that they’d more than often leave with a record or four. But it wasn’t so much about the sales as it was about creating the experience, seeing the value in servicing customers with a place to come a spend a few hours. It built an enormous business because people bought in to the brand (which has all but deminished, sadly).

We’ve seen this trend follow online. Facebook with its chat, its video and soon film, Google with it’s many applications, Google+ with it’s hangouts and group video, YouTube with everything film-based and now rental films, iTunes all vying to captivate your attention. They want you to have as little reason as possible to leave their site. They want you to sit back in your recliner, get comfortable and stay there, where they can keep their eye on you.

With a few interventions – physical changes such as soft, low, comfortable seating with powerpoints for laptops, free wifi and coffee concessions and digital changes such as tie-ins with Spotify and iTunes, HMV can also be a place where people will want to be.

HMV hasn’t lost its voice – it’s just had laryngitis. It’s time time for it to suck on that lozenge, clear its throat and regain its voice.

Steve Price is founder and creative director of Plan-B Studio.