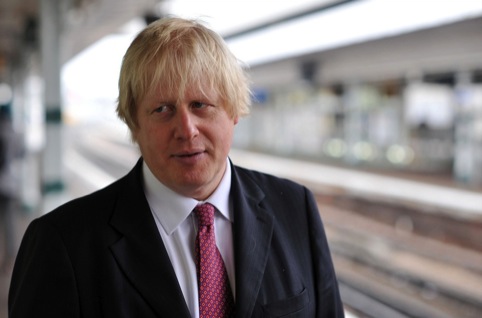 Boris Johnson’s first term as London mayor will largely be remembered by designers for the three Bs: bikes, the bus, and the Brand for London.

Of these three it’s only really the bike hire scheme, which uses Minale Tattersfield’s designs, can really be seen as an unmitigated success.

The ‘Boris bus’, designed by Heatherwick Studio hit roads earlier this year following an extremely complicated commissioning process while the Brand for London, developed by Saffron following another long and drawn out tender process, never launched – although this identity for London & Partners appears to be a version of it.

So a mixed bag of a first term for Johnson, but what is he promising for design should he be elected for another four years?

There was criticism early in Boris’ term that, in contrast to his predecessor Ken Livingstone, he was failing to acknowledge or engage with the creative industries, and it’s notable that this year’s manifesto doesn’t appear to use the term creative industries either.

There’s a pledge to roll out the New Bus for London programme by bringing in 600 new buses by 2016, and there are also promises to guarantee the £221 million regeneration fund to support new businesses and town centres and to increase the number of Business Innovation Districts in the capital.

Johnson wants to make the Olympic Park a focus of the high-tech economy, with plans including the introduction of a new science institute, and also focuses on the Royal Docks redevelopment, which is set to feature a new cable car and the Siemens Pavilion. 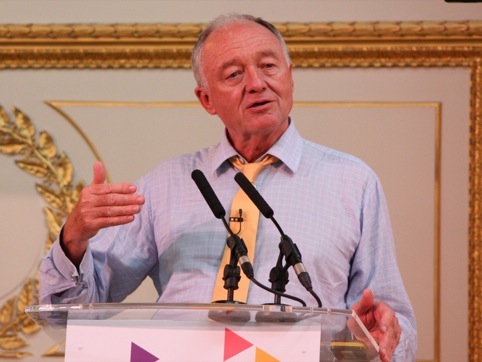 In contrast to Boris Johnson’s manifesto, that of his main rival (and mayoral predecessor) Ken Livingstone features large portions dedicated to the creative industries. (It’s also, incidentally, the best-designed manifesto of all the major parties.)

Livingstone’s manifesto has a section headlined ‘Support London’s Creative Industries’, in which he says, ‘London’s strength in the creative industries is a key motor of the city’s economy.

‘Several of the world’s largest advertising agencies are based in London. Companies from Japan, South Korea and even the US base their international design headquarters here. Our digital industries provide content for companies across the globe.’

Livingstone says he wants to maintain this by using European Regional Development funding to develop digital projects as well as promoting London’s strength in the creative industries to manufacturers in China.

He also suggests investing in the city’s digital future by securing superfast broadband, supporting the development of ‘Tech City’ in east London and using the dot.london domain to promote the capital.

There are some intriguing proposals for ‘Smart-city London’, which would see projects adopted such as sensors in the road that send data to car drivers’ phones when parking spaces are free and traffic lights linked to radio-frequency identification tags carried by cyclists.

On a more traditional level Livingstone is calling for an overseas marketing campaign for London as well as moves to support proper funding for the arts in London and plans to improve the public realm (including a further roll-out of Legible London). He also finds space in his manifesto to promise a ‘SouthXSouthWest music festival’ in London.

And the Boris Bus? It’ll be scrapped if Ken comes to power. 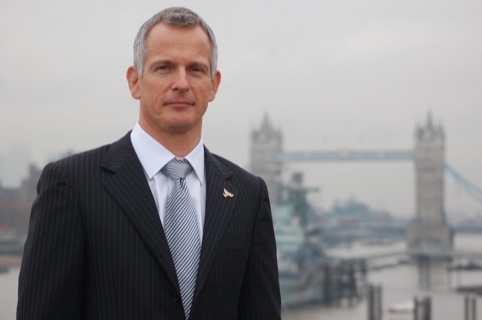 Former Metropolitan Police Commander Brian Paddick predictably devotes much of his manifesto to crime and the prevention thereof.

But he does include support for the creative industries, with the pledge, ‘We will ensure London remains the place that the world comes to to enjoy the best theatre and arts productions, as well as doing business with some of the most creative architects and computer companies in the world.’

Paddick says he wants to promote the creative industries in the capital to diversify from over-reliance on financial services.

To support this, he will roll out superfast broadband to support digital development; actively market and promote cultural activities in London; create more local enterprise zones and develop an ‘Arts in the Park’ programme across London.

Paddick also tackles issues of sustainability in his manifesto, with moves to minimise plastic waste possibly affecting packaging designers, and a pledge to promote a London-wide ‘online swapshop’ modelled on the Freecycle scheme.

And in an echo of Boris Johnson’s 2008 manifesto pledge to launch a new bus for London competition, Paddick pledges to launch a competition for ‘a new iconic electric black taxi’ to be ready to hit the roads by 2015. 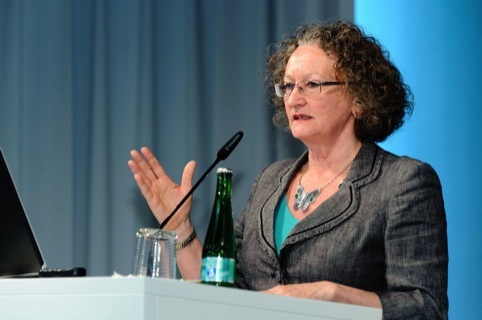 The bulk of Jenny Jones’ manifesto is, not unexpectedly, devoted to issues of sustainability, but among these issues are pledges that could have knock-on effects for designers.

Jones’ overarching promises include ambitions to rebalance the economy, enhance green spaces and make streets more pleasant for walking and cycling, all of which will require input from designers.

Jones also pledges support for micro and small enterprises, including representing them on London’s Local Enterprise Partnership and tendering contracts for larger services piecemeal, so that smaller organisations are able to bid for them.

She also promises to lobby Government to give local authorities greater power to prevent chain stores taking over from independent shops, with possible implications for retail designers, and wants to tighten up packaging regulations to remove materials that can’t be recycled, with knock-on effects for packaging designers.