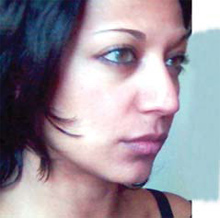 The 2010 Fifa World Cup meant a lot not just to South Africa – the official host nation – but to Africa as a whole, with teams such as the local South Africa team and Ghana in particular making a memorable impact on the tournament.

New stadiums were built and existing ones refurbished, the vuvuzela horn became a new football icon and local wayfinding and police strategies were rethought to meet the needs of fans descending on the developing nation. But, in the rush to get everything ready and change perceptions of the country, no one thought to chart the legacy of the World Cup on South Africa and beyond.

No one, that is, apart from Zahira Asmal, a South African who battled with the authorities to get her legacy project Designing South Africa recognised. That breakthrough has been made and her drive has got her on to speaking platforms alongside the likes of South African President Jacob Zuma.

The project involved inviting international media to experience aspects of the World Cup, from branding and architecture to boosting South Africa’s standing as a travel destination and staging an exhibition of the event. Reports are being drawn together as a book/documentary and the exhibition will travel via London to Brazil – host of the 2014 Fifa World Cup.

Asmal’s experience as an organiser at seminal South African design fest Design Indaba and Portugal’s Experimenta stood her in good stead. She is perhaps better known in the UK for her work with architect David Adjaye, whose photographic show on Africa has toured with her help.