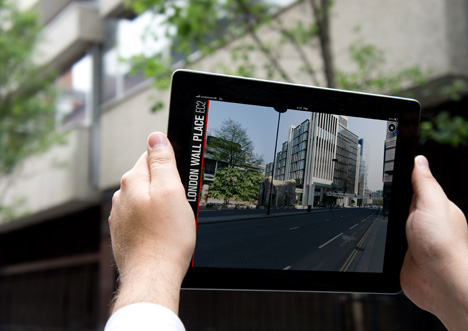 Bostock and Pollitt managing director Jonty Roots describes the app as ‘a portable marketing suite’ which can be used in place of physical marketing spaces.

Bostock and Pollitt, which was appointed by Hammerson as creative communications agency for the 50 000m2 Make-designed scheme, worked with Manchester-based digital consultancy The Neighbourhood and software developer T5C to create the app.

The app uses the iPad 2’s gyroscope position and movement sensor together with its GPS capability and compass to allow users to stand on site and use the iPad 2 as a ‘virtual porthole’ to look around and see how the scheme will look upon completion.

The app also fetures a detailed visualisation of the development, which received plannning permission last month and is set to open in 2014, and a dynamic map of the local area.

Roots says, ‘The app brings to life the proposed buildings and their environment, revealing design features, flexible fit-out options and the benefits of local amenities.

‘Its flexibility and responsiveness is far more in step with the typical course of a meeting between a leasing agent and a potential occupier.’

Jon Hey, art director at The Neighbourhood, says, ‘There is a real need for developers in this economic climate to be able to demonstrate a point of difference to help sell their space to both commercial and residental tenants.

‘[This] has been a pioneering project and we look forward to working with this team again to create new iPad applications for the property industry.’

The app is set to be released through the Apple App store in mid-August.