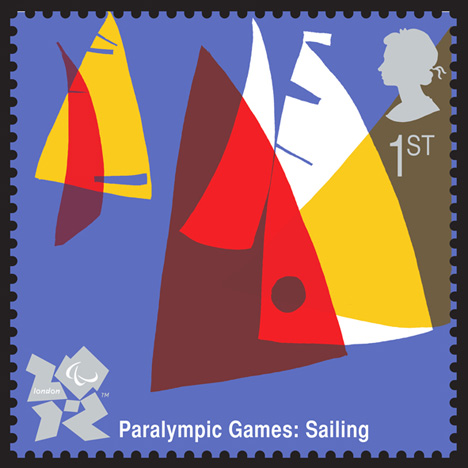 David Hillman, of Studio David Hillman, says, ‘Three years ago I was asked to find 30 image-makers and we hoped that would include artists illustrators and photographers, but photography became a problem because you can’t show peoples faces – it would have to be a dead person.’ The Queen is the only living person who can appear on stamps.

Handed a list of Olympics and Paralympics sports, Hillman has looked through ‘countless portfolios’ to find ‘the right people to interpret each sport,’ he says. 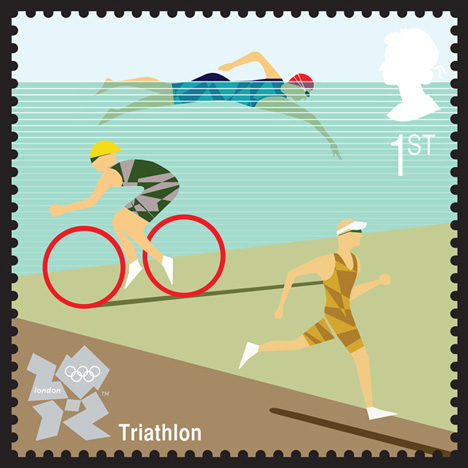 ‘The hardest part for them is then fitting all this detail onto a piece of paper 35x35mm,’ he adds.

Artists in the Get Ready for 2012 set include Anthony Pike, Lara Harwood, David McConochie and Adam Simpson.

The stamps will go on sale on 27 July, marking the one-year countdown until the start of the games. The Royal Mail says the 30 stamps represent every sport in the Olympic and Paralympic Games and also mark the fact that London 2012 will be the 30th Olympiad.

Lloyd Northover and Holmes & Marchant brought together in new structure