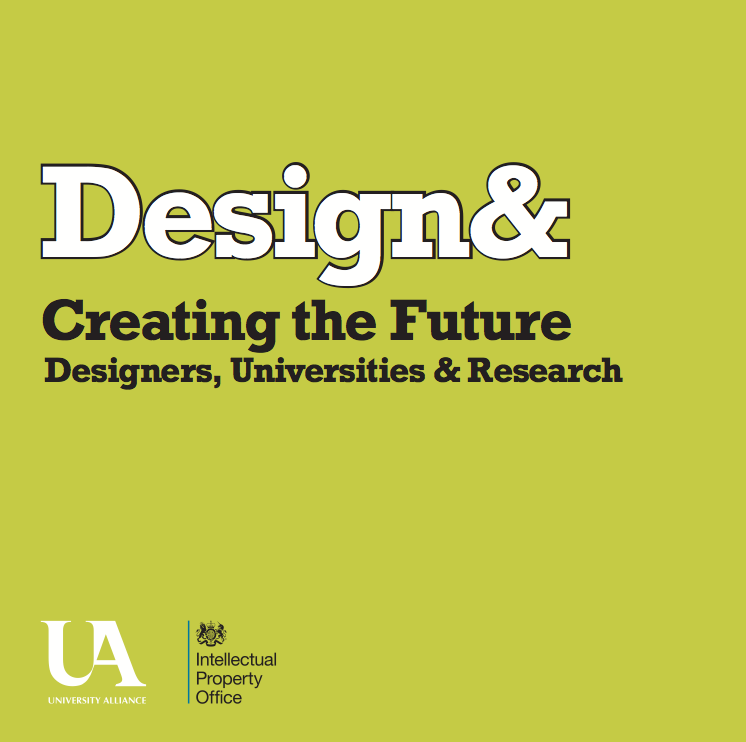 In the report, Design & Creating the Future, which was commissioned by the University Alliance and the Intellectual Property Office, four key policy recommendations have been made.

A call to, ‘Embed creativity and problem-solving into the National Curriculum’ has been called for so that the next generation is equipped with the tools needed to take creative approaches to solving the challenges of a ‘rapidly changing world.’

The recommendation is spurred on by,  ‘The recent changes to the National Curriculum for design and technology which show how the value of design education is misunderstood,’ according to the report.

Last year Design Week backed the #IncludeDesign campaign, which saw the design industry rounding on Government when plans were announced to drop design from the curriculum all together.

In the end, after hard fought lobbying, the Government U-turned and design was placed at the centre of a  curriculum with an emphasis on pupils being given the chance to try new technologies like 3D printing and computer modeling.

Co-Founder of The Sorrell FoundationSir John Sorrell, who is backing the Design & Creating the Future report, says, ‘Our creative industries are the best in the world but our education system has not kept up. We need a revolution on how we engage school kids in creativity and design and that revolution needs to start now’.

In a separate measure the report is demanding the need to ‘Increase the support for design-led research.’ On the understanding that the ‘grand challenges’ posed will only be solved through collaborative and multi-disciplinary research, a recommendation has been made that Research Councils work more closely together to develop opportunities for design-led grant applications.

As it stands, securing funding for Research Council projects is difficult, precisely because of the cross-disciplinary nature of them, so the report is arguing for more fluidity and collaboration.

Elsewhere a recommendation is made to ‘Protect the value of innovative thinking’ and the report makes the particular point that students should understand how IP measures can help them ‘build successful careers and profitable businesses’.

The suggestion comes as IP has been back in the headlines, with a new Intellectual Property Bill passed earlier this month announcing the criminalisation of copying design, (but not copying design accidentally).

The UK design industry already makes a major economic contribution to the UK economy but it isn’t part of the Government’s Industrial Strategy the report finds.

As the sector consists of many small businesses, the report argues the industry needs support, particularly through exporting to international markets.

This is a timely reminder to Government, which has just announced a Budget favouring exporters. With the report arguing that the UK already ranks fourth in the world for UK exports, it bodes well, if the Government sticks to its guns and continues to drive investment into the export industry.

The measure in the report specifically states, ‘UK design should become key to the Government’s Industrial Strategy’ and calls for Government to recognise the roll of universities with strengths in design and close links to industry.

The Design & Creating the Future report bolsters its argument with an armoury of statistics, establishing that UK design is the largest design industry in Europe and the second largest worldwide.

Between 2005-2010, it says the UK design sector grew by 29 per cent with earnings increasing by  £3.4bn it says, and finds that, for every £1 invested in design, businesses can expect over £20 in increased revenues.

You can read the report in full here.