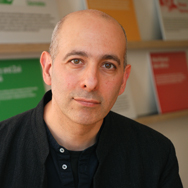 One of the best jobs in design is up for grabs. As a reader of Design Week you might want to put yourself forward. You will get to represent design around the world, be its advocate with politicians, and champion it into industry, science and the public sector. You will work with a brilliant and creative team. It’s true you will need broad shoulders and a big tin helmet so stop here if you are faint-hearted. But if you don’t mind the odd metaphorical grenade and are thinking of applying to be chief executive of the Design Council, I have six top tips for your term of office.

1. Have your own definition of design handy. At each talk, seminar or business breakfast someone will ask you this question. My answer was New Thinking Made Real. I think it captures what designers do for a living. We bring ideas to life.

2. Everyday ask yourself ‘what is the role of design?’. It will keep changing as fast as the world is changing around you. When I arrived at the Design Council in 2003, Facebook didn’t exist and neither did smart phones, the world had 1 billion less people, was 1°F cooler, and BRIC was a new term predicting the rise of the emerging economies rather than the realpolitik of the day. In your new role, you can help the UK stay ahead of the game. For instance, over the last decade we made a point of championing service design and sustainable design. In the North East and Cornwall we established two social ventures (under the banner of Dott or Design of the Times). They kick-started new services designed with local communities and new-style design firms.

3. Pick projects that your mum would care about. It’s all well and good satisfying your fellow designer but that’s not the point. If you can show that design can solve problems that matter to the majority, then you can expand its role more widely. That’s why we created the Challenges programme and tackled issues such as infection control (Design Bugs Out) and crime prevention (Design Out Crime). Six years on scores of design firms have been teamed up with technologists and manufacturers and their respective innovations have been funded, brought to market and are making a difference socially and economically. The recent launch of new concepts to help people cope with living with Dementia is a great case in point.  It grabbed headlines for design and will make a difference to our ageing population.

4. Make a difference in pennies and pounds.  Two years ago, when the match was lit for the ‘bonfire of the quangoes’, the Design Council faced possible annihilation. No doubt the calls from designers to keep (and change) the organisation helped. However, nothing counted more in its favour, than the hard facts. Since 2005, the Design Council has coached more than 3000 small firms, manufacturers and high-tech start-ups. As a consequence, those companies have gone on to use design, hire designers, grow and create jobs. On average, there has been a return of £25 to the exchequer for every £1 spent on design. It’s also translated into many millions of pounds of design fees. The point was eloquently restated at the Design Week awards this year, when a Designing Demand client, White Logistics, won Best of Show with the work executed by design firm The Allotment.

5. Make sure design catches the policy train before it leaves the station. We’ve had three governments over the last nine years. Each change means re-educating Ministers and making the arguments afresh. You need to nip in early as ideas are formulating to make the case for the role of design. In 2005, we got in quick after Chancellor Gordon Brown’s return from China and that landed the Cox Report with its funding, among other things for new multi-disciplinary university centres. More recently, we helped place design fair and square at the heart of the coalition government’s innovation and growth plans. Next up education? Target Mr Gove?

6. Gather the clans together.  Design is stronger when it stands united. That means making the most of the fantastic local design networks, professional and trade bodies. It also means integrating the design disciplines. Bringing CABE and the Design Council together is an important step in this direction.

If you do get the job, you will not work alone. You have a great army of designers to help make the case for design. Over the last decade, despite recession that army has grown. According to the Design Council’s survey we have over 330,00 in-house and consulting designers in the UK contributing over £11bn to GDP. That makes it the biggest design sector in Europe. I have no doubt that the Design Council has played its part in this success. Long may the story continue.