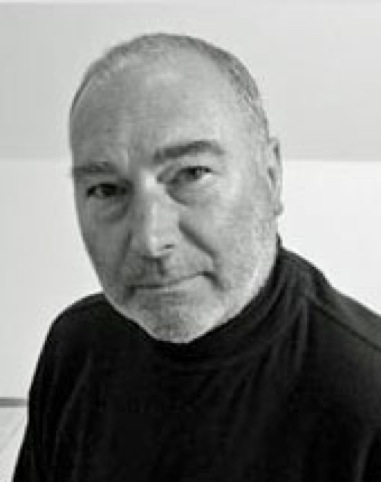 For as long as I can remember, I have always been writing, drawing and painting. But, as a child, I was also very interested in science and I loved inventing things with my Meccano set. I assumed that, like most young chaps I knew, I would probably end up working in engineering or manufacturing. My grandfather was a printer and when, at the age of about 15, I discovered that printing was a blend of visual art and technology, I was captivated. I realised that, before anything can be printed, someone has to design it. I thought I would like to do that.

Having discovered printing, I became, at 16, an apprentice lithographic artist in a printing firm called Edwin Jones & Sons, in London. I was taught design for print, how to cast-off type and prepare type layouts, and how to make artwork by hand. Every day I would be working alongside compositors, engravers, blockmakers, platemakers, readers, and machine minders. And, I was sent to the London College of Printing for one day a week to study commercial design. It was a fantastic grounding for a career as graphic designer. After the apprenticeship, I studied graphics full-time at the LCP.

These days I write about graphic design – mainly as a champion of corporate identity and branding. And, I’m an artist – a painter.

I think there are two key differences. The first is to do with technology. When we started Lloyd Northover in 1975 the Mac was still nine years away. Graphic design was a craft-based activity. All our presentation visuals were made by hand: we mixed paints, laid colour washes and hand-lettered the type. Final specifications were prepared by pasting galley proofs on pencil-drawn layouts. Finished artwork was made by hand too. The studio was stocked with pens, pencils, brushes, paints, inks, Letraset, and Cow Gum. The Mac quickly swept all this away; now, I’m hard-pressed to find a pencil in a design studio. If we add to this revolution the Internet, email and mobile phones, there is no doubt that technology has transformed the way we work. The other key difference is the rise of design management. In 1975, working relationships between client and designer were usually close. We were taken into the client’s confidence and treated as partners. Now, there is often someone between the client and the designer – a professional design manager. As a result, design is often viewed as a commodity. Bidding and selection procedures have become much more formulaic – the designer is often kept at arm’s length, and the relationship of trust between client and designer has, in many cases, disappeared.

It’s hard to pick just one. In the 1960s Jim Northover and I first started to work together and I’m very fond of some of the collaborative work we did at the time for the Whitechapel Gallery. In the 1970s I worked at Allied International Designers and the corporate identity I created there with Geoff Gibbons for Priba Supermarkets in Belgium is memorable as an early example of flexible branding. From the Lloyd Northover portfolio, I am particularly proud of the identities we created for BAA (British Airports) and the John Lewis Partnership.

I have always been an admirer of the work of Saul Bass. The titles he designed that come at the end of the film, West Side Story are a masterpiece of graphic design. The idea of writing the credits in graffiti in the New York environment is simply brilliant and the execution is faultless. It would be great to have done that!

Our biggest mistake at Lloyd Northover was to sign a 25-year lease on an office building, with personal guarantees and upward-only rent reviews. We were advised that rented property was a sound investment and that the lease would be a valuable asset for which we would be able to charge a premium. In fact, rental values crashed and almost bankrupted the business. We should have bought a building

The media love to knock branding and to characterise the work of corporate identity designers as trivial, frivolous, and a waste of money. But, corporate identity isn’t a newfangled idea. My ambition is to rehabilitate corporate identity and to show that it is a central and essential component of human existence, and has been so since the origins of mankind. And, I am in the process of doing that by writing a new book.

When I was an apprentice, I worked under an artist called Ranald Woodward who introduced me to the work of artists and designers I had never heard of, to classical music, and to the niceties of typographic design; he was a great inspiration. And then, at the LCP, I met my business partner, Jim Northover; we sparked ideas off each other in a long working relationship that was truly stimulating and inspirational.

• Always remember to communicate the client’s identity, not your own. Corporate design is about client expression, not self-expression.
• Don’t rely on the computer – it can restrict the creative process. Use other media – drawing, painting, collage, photography, random techniques – to stimulate ideas. Get out of the studio and look around.
• Stand up for your ideas but don’t be conceited; if they are rejected, it might be for a valid reason. There is always another solution.
• And remember that being a graphic designer, with the amazing variety of experiences and challenges it offers, is a great privilege and a wonderful job. Make the most of it, and enjoy it!