The new identity has been unveiled after News Corporation chief executive Rupert Murdoch split the company’s businesses into two groups.

Gericke and Oberman developed the logo and conceived the name 21st Century Fox.

Pentagram says, ‘The 21st Century Fox logo features a pair of sweeping searchlights that suggest entertainment, broadcasting and limitless possibilities, within a circle shape inspired by a lens.

‘Iconic and distinctive, the symbol is accompanied by a wordmark set in strong, stacked lettering that is derived from the typographic pedestal of the Twentieth Century Fox logo and Fox Broadcasting’s wordmark.’ 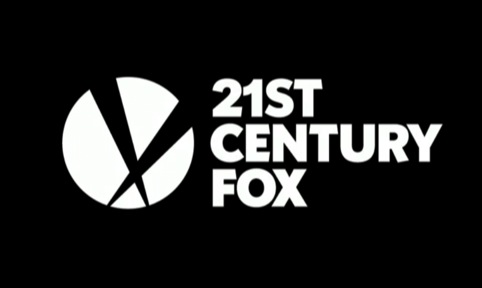 Under the new arrangement 21st Century Fox will serve as the umbrella company for Twentieth Century Fox and the rest of the group’s entertainment and media properties, all of which will retain their existing well-known names and logos.

Rupert Murdoch, who will serve as chairman and chief executive of the new company says, ‘21st Century Fox is a name that draws upon the rich creative heritage of our film studio, while also speaking to the innovation and dynamism that define all of our global media and entertainment businesses and will guide us into the future.’