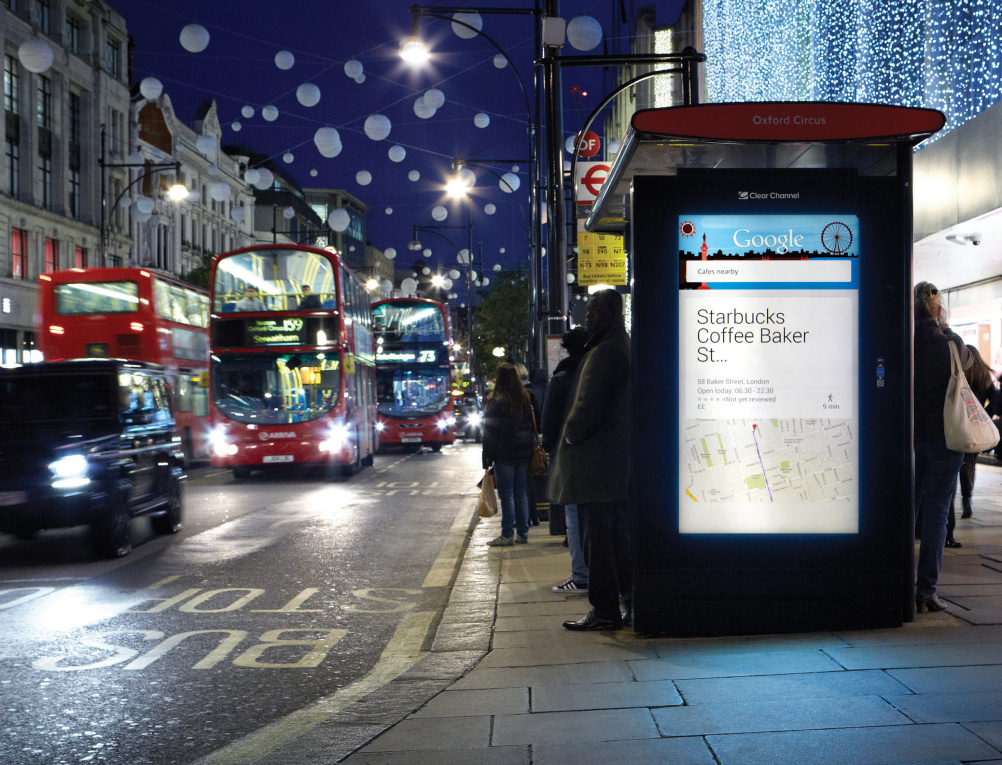 Google Outside, by R/GA London

R/GA London aimed to bring Google Search beyond mobile and desktop platforms, using 160 outdoor locations around London. The screens were set up to anticipate the public’s needs based on factors such as time of day, location and weather conditions. For example, if it was a rainy Friday evening, the screen might suggest a local cinema along with that evening’s film listings. If it was morning it might suggest a coffee shop or if it was near a landmark it might feature facts about it. 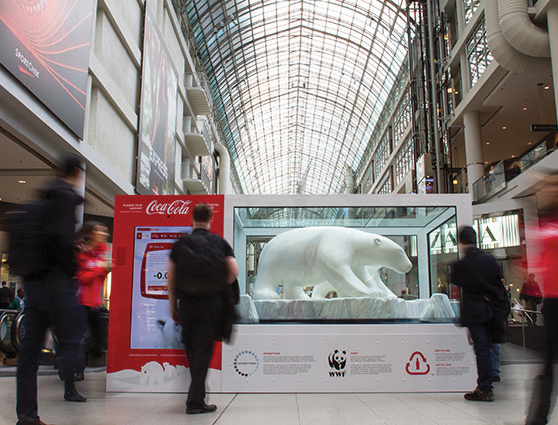 The Coca-Cola Arctic Home is a temperature-controlled interactive display where users can make pledges to reduce their carbon footprint through video, text or Twitter. Inside the display are large-scale reproductions of Inuit sculptures of a mother and baby polar bear, surrounded by real water. Each pledge reduces the temperature in the display by –0.05oC, keeping the polar bears’ habitat frozen.

Design Team of the Year shortlist 2014