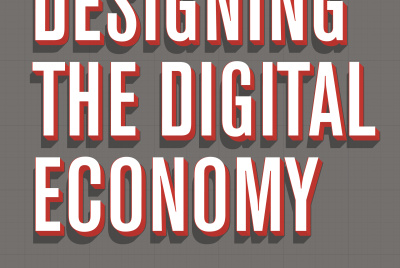 Designing the Digital Economy, published by the Design Commission, calls for measures such as a head of design for each Government department and a chief user officer on all large Government infrastructure projects, such as HS2 or large-scale housing developments.

The argument made is that design can act as a necessary link between digital technology and user experience. In doing so it can help support future growth of the creative and digital sector, which Government says is now worth £71 billion to the UK economy.

The report follows an inquiry co-chaired by Lord Inglewood and Gillian Youngs, Professor of Digital Economy at Brighton University.

‘For many’, they say, ‘design has traditionally been about consumer products and their uses, or a matter of mere styling.

‘Although this has never been the sum total of design’s remit, we argue that the digital economy now opens up new possibilities for design to play as yet unimagined roles in helping us to understand and navigate a newly connected world.’

The report also suggests that the popularity of digital could act as a ‘Trojan Horse’ for design, to help bring it to businesses. One (anonymous) contributor to the report says, ‘[The digital revolution] has been so fast – many businesses have no idea about what they should be doing. Design agencies are finding that clients are constantly asking them about it.

‘Clients are looking for people who can tell them what they should be doing. How can they improve their digital offering?’

The report calls on design consultancies to use their team’s skills to ‘look at new business models through digital innovation – going far beyond a well-functioning website’.

‘Designers’, the authors say, ‘need to wrestle back the innovation agenda and work with technologists in order to create new forms of social and economic value in the ever-growing digital economy.’

But it’s not just down to the designers. The report also demands some significant interventions from Government.

It calls for a head of design – who would also be responsible for digital platforms – for each Government department. Their role would be to promote the importance of the user in public services.

With this, the report taps into one of the more prominent public-sector design success stories of recent years, the Government Digital Service’s Gov.uk project.

Since its launch, the user-focused principles of Gov.uk have filtered out across Government. Before being brought into the Gov.uk network, departments have to sign up to its Digital by Default standards.

Ben Terrett, head of design at the GDS, is interviewed for the report. He says, ‘It’s the difference between websites and digital services. The question is: how is digital going to affect my whole business? The website is one thing, but the whole end-to-end service is another, and digital is affecting all of that.’

Leaving aside the GDS (who have done remarkable things across Government from their berth in Cabinet Office) the current picture of design at central Government is pretty far from the one the report’s authors want.

Yesterday Government announced the latest stage of its marketing, design and communications structure. Rather than having a head of design for each department, there will instead by a series of cross-departmental ‘centres of excellence’ for design, as part of a bid to ‘strip out waste and duplication’.

The report’s authors also called for Government, through the Technology Strategy Board and its partners, to embed designers in testbed big data projects, as well as large infrastructure projects such as HS2.

The Government has already announced a pilot scheme to apply design principles to policy-making and public services, and this would be a significant step further.

Elsewhere there are calls for the establishment of digital design clusters outside London to spark regional growth, and also for designers to work with open data sets such as data.gov.uk to demonstrate their social and economic potential.

Inquiry co-chair Gillian Youngs says, ‘The growth of the digital economy opens up new possibilities for design to play as yet unimagined roles in helping us to understand and navigate a newly connected world. Design can help us shift the balance further towards making people central to the digital revolutions, rather than just the technologies used to achieve it.’

You can read the Designing the Digital Economy: Embedding Growth through Design, Innovation and Technology report here.