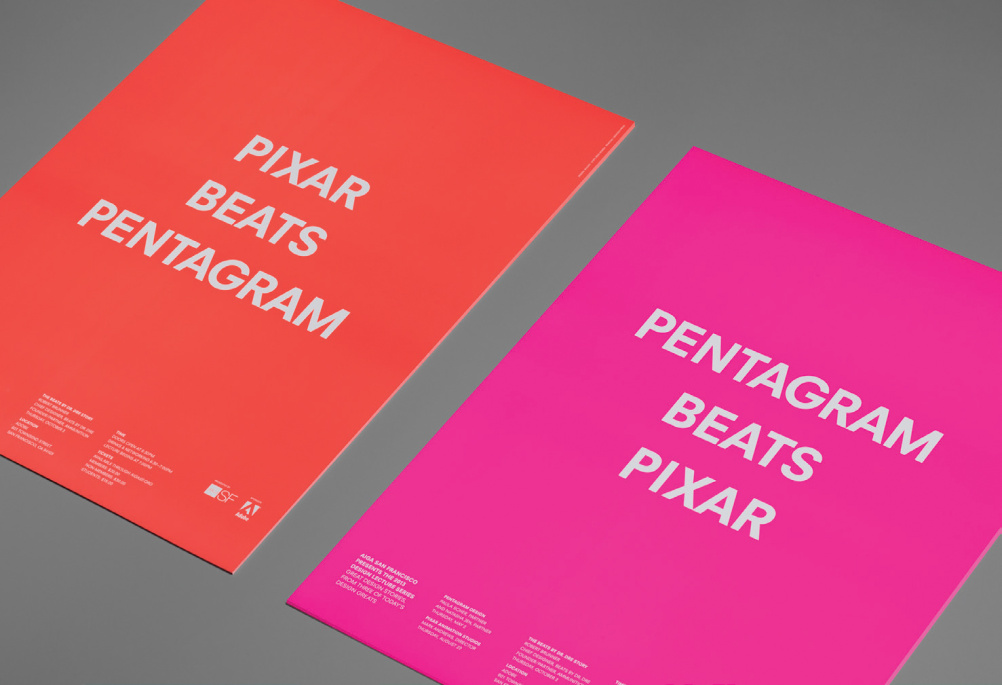 Reed Words and Mucho were asked to create promotional materials for a set of three design lectures for AIGA San Francisco in the summer of 2013. The lectures were by Paula Scher and Natasha Jen from Pentagram, Robert Brunner of Ammunition (talking about his work with Beats by Dre) and Mark Andrews from Pixar. Reed Words and Mucho say, ‘We came up with two or three ideas, but this was the simplest and most impactful: a very simple but striking and quirky juxtaposition of the brands involved. 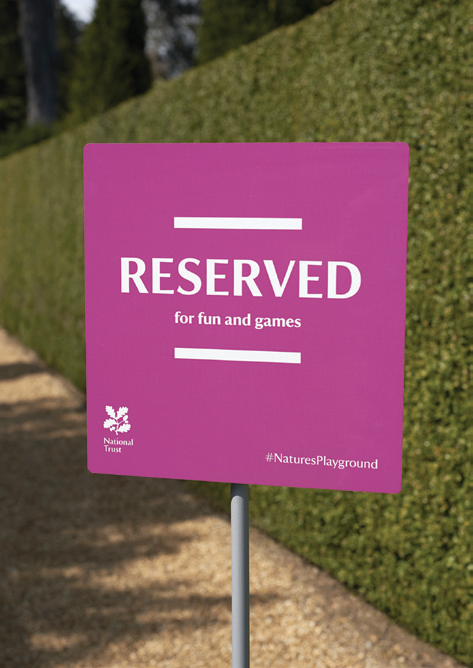 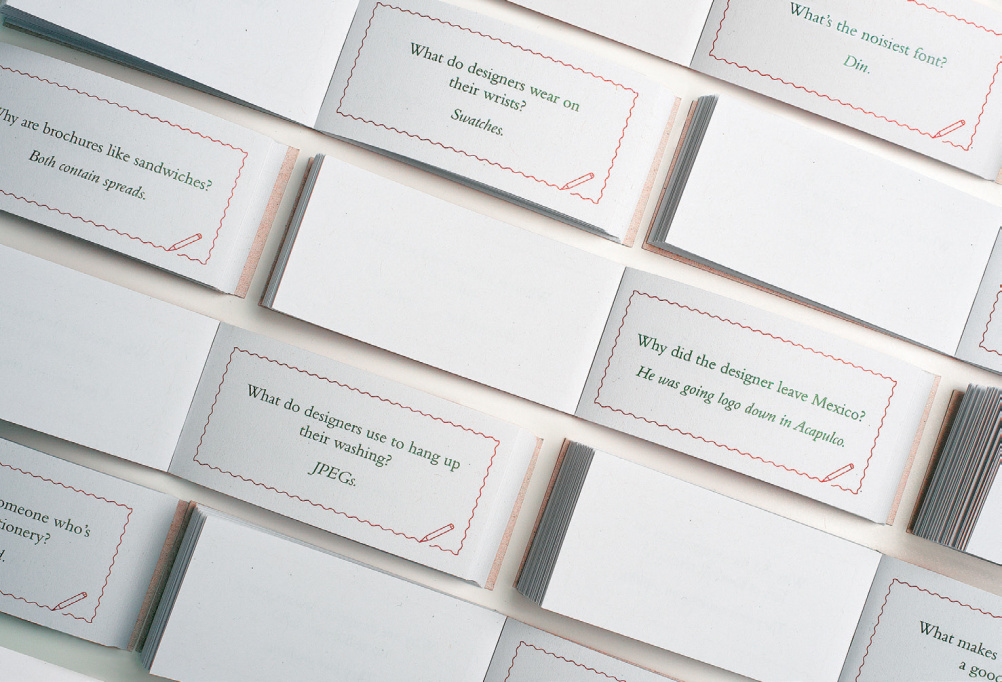 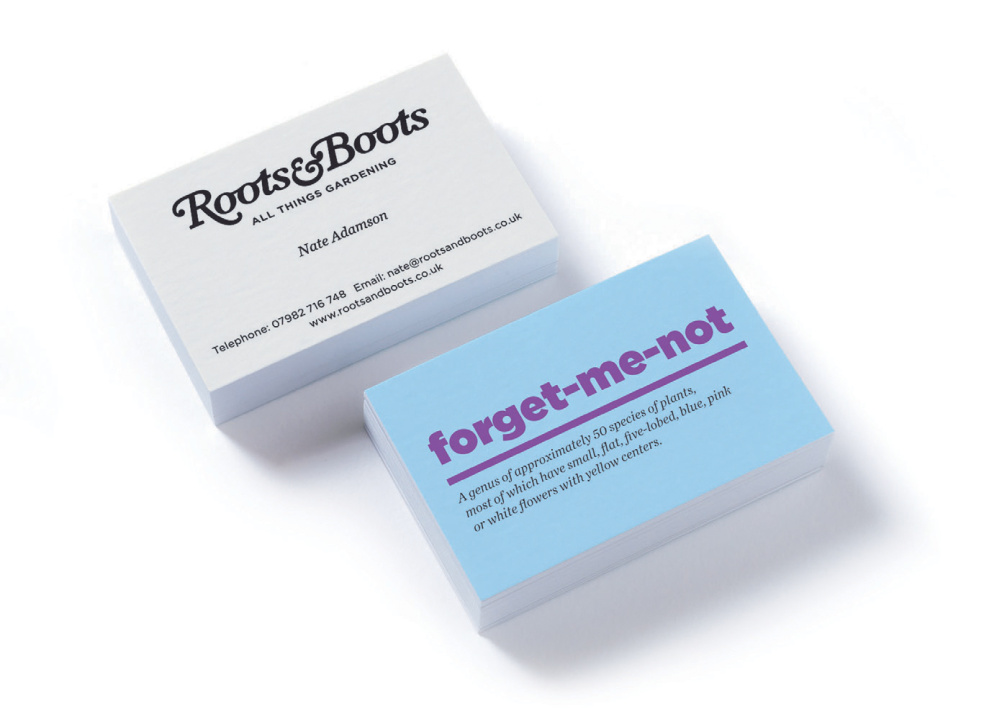 Arthursteenhorneadamson wanted to create an identity for gardening business Roots and Boots that would be ‘memorable and engaging to clients’. The consultancy adapted commonly used gardening phrases – using them on applications that would give them a double meaning. For example, ‘dig deep’ was used on the invoice and ‘Forget-me-not’ on the business card.