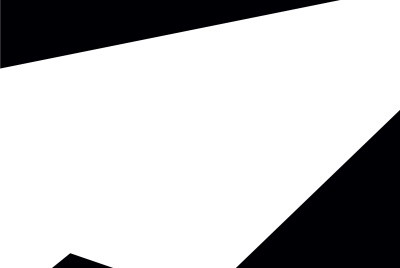 The Leading Business by Design report has been put together in collaboration with Warwick Business School and new organisation Creative Boardroom, and is based on a series of interviews with companies as diverse in size and activity as Barclays, Virgin Atlantic, Trunki and Gripple.

All are proselytizers of the power of design, and all have gone to great trouble to make design a key part of their business. Indeed, as report author Pietro Micheli, of Warwick Business School, concludes, ‘design is most powerful when culturally embedded’.

An obvious benefit of this culturally embedded design is improved financial performance. The Design Council’s frequently-cited claim that every £1 invested in design leads to £20 in net turnover makes another compelling appearance in the report.

And many of the companies featured are refreshingly keen to point at the less tangible benefits of design – improved brand recognition, strategic thinking, morale and productivity.

Some interesting commanalities emerge. Micheli says ‘The stereotypical view is that design and innovation require endless freedom and that creative results are the product of random activities. Our case study companies demonstrate exactly the opposite: design processes are clearly structured and often codified.’

Another strong theme to emerge is of organisations physically embedding design through their workspaces. Virgin Atlantic recently reorganised its offices to better reflect its brand, while Diageo boasts separate space for design reviews, and both Challs and DCS Europe have ‘Innovation Rooms’.

The report cites a number of reasons that companies might want to invest more heavily in design. Apple, of course, is held up as an exemplar and aspiration for brands, regardless of their size and sector.

There are also drivers from the economic downturn, which has put companies under increasing pressure to differentiate their offers, and the increase of the digital economy, which has forced companies to think more creatively about services and engagement.

There are localised reasons as well. As the report suggests, ‘Banking is not an industry one would typically associate with design’, but the financial crisis and increased regulation pushed Barclays, for example into a more design-focused and outward-looking strategy.

Interestingly, while all the companies featured had developed rigorous and clearly defined ways of managing and embedding design, none had figured out a way to measure its impact on business performance.

One external designer, working with Herman Miller, is quoted as saying, ‘The worst thing is when that trust disappears or is not there, and so you become constantly questioning the values, the expertise, the knowledge and the drivers of other people, and that’s hell, you know.’

The most effective argument in favour of design appears to be to hypothesise what would happen if it was taken away. Interviewees presented with this scenario said, ‘It would hurt us drastically,’ ‘We’d lose the respect of the customers,’ and ‘We would need to go out there and compete with one hand behind our back.’

The challenges of embedding design are also made clear in the report. Nearly all the case-study companies suggest that without a clued-up chief executive and senior board, it would be incredibly difficult to get this kind of thinking in.

In the case of Barclays, for example, one of the triggers was the appointment of Antony Jenkins – previously chief executive of retail and business banking – as group chief executive. ‘All the way to the top, to the CEO, [people are] embracing the entrepreneur start-up approach’ says one senior executive.

On a smaller level Challs, the producer of the Buster range of cleaning products, talks about investing £40 000, a year’s profits at the time, in a rebrand and repositioning – which followed a full company audit. This gamble appears to have paid off, with the company now selling 2.5 million items every year.

The report provides a series of compelling and influential case studies of the power of design. From large companies such as Virgin Atlantic, where design has long been an integral part of the structure, to smaller organisations such as Challs, who realise the potential benefits of an investment in design.

But one of the most compelling elements of the report is that it is clear that investment in design can still be an intensive and challenging process and that the results can be difficult to objectively measure.

Design works best if its embedded at a core, high level. Getting to this stage can be a lengthy process but will, judging by these case studies, reap rewards.

You can read the full Leading Business by Design report here.

The People launches Pinterest-style site where readers control the news