The B Team, a business-focused non-profit set up by Richard Branson, has been rebranded by London-based design studio, Nice and Serious.

Launched in 2012, The B Team brings together business leaders in an effort to create more “sustainable” business practices, focusing on workplace equality and the climate.

Its leaders include Arianna Huffington, founder of the Huffington Post and Kathy Calvin, CEO of the United Nations Foundation. It works with corporations, governments and experts to achieve its goal, by publishing reports and using its leaders’ voices.

Fadi Dada, a strategist at Nice and Serious, says: “The organisation’s way of doing things has evolved over time – it’s become more collaborative and democratic.”

Dada says that the identity needed to be more “inclusive” and “welcoming” than its previous branding, which was “dry” and “authoritative”.

The organisation’s previous logo has been updated so that the arrow is now a compass point, which is more “inclusive” according to Peter Larkin, the studio’s creative director.

“It’s not just ‘I point the way forward and you follow me’ anymore,” Larkin says. “It shows how we’re all aligned but that no one way is the right way.” 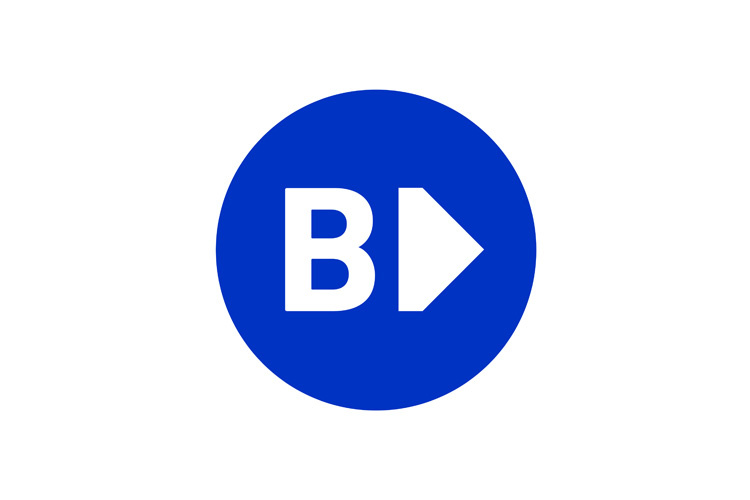 This logo design is modular; the compass point can be used across the visual system, from the organisation’s website to its published reports and business cards.

In an attempt to “refine” the visual system, the studio set guidelines that the compass point should only point to the right, upwards or downwards, instead of in all four directions.

Larkin says that with “business-centric rebrands”, there is a “stereotype of playing into the corporate blue.” However, blue was part of The B Team’s “brand equity”.

In an attempt to both retain this identity and move the brand forwards, the colour palette was updated with “fresher, more positive tones” such as mint and yellow. “These add joy and optimism to the brand,” according to Larkin. 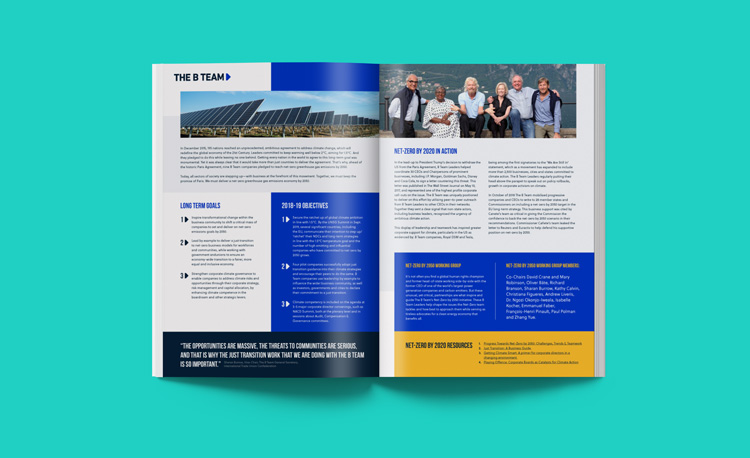 Another challenge of branding a global non-profit was its scale. The new colour palette allows for a flexibility that the organisation requires, for example.

“Financial reports aren’t as playful as hero posters, and the colour system can be dialled down when material is more content-focused,” Larkin says.

Nice and Serious also created a set of icons, which aim to “sum up big and gnarly business jargon with simple and clear icons”.

The icons are layered to give the identity “depth” with yellow accents that pick up on the new colour palette and give a “touch of personality”, according to Larkin. 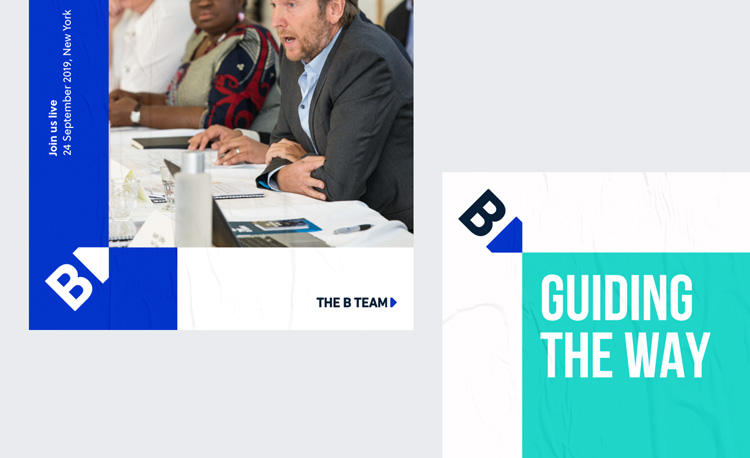 “It feels more real,” he says.

Typeface inspired by Berlin Wall marks 30 years since its fall