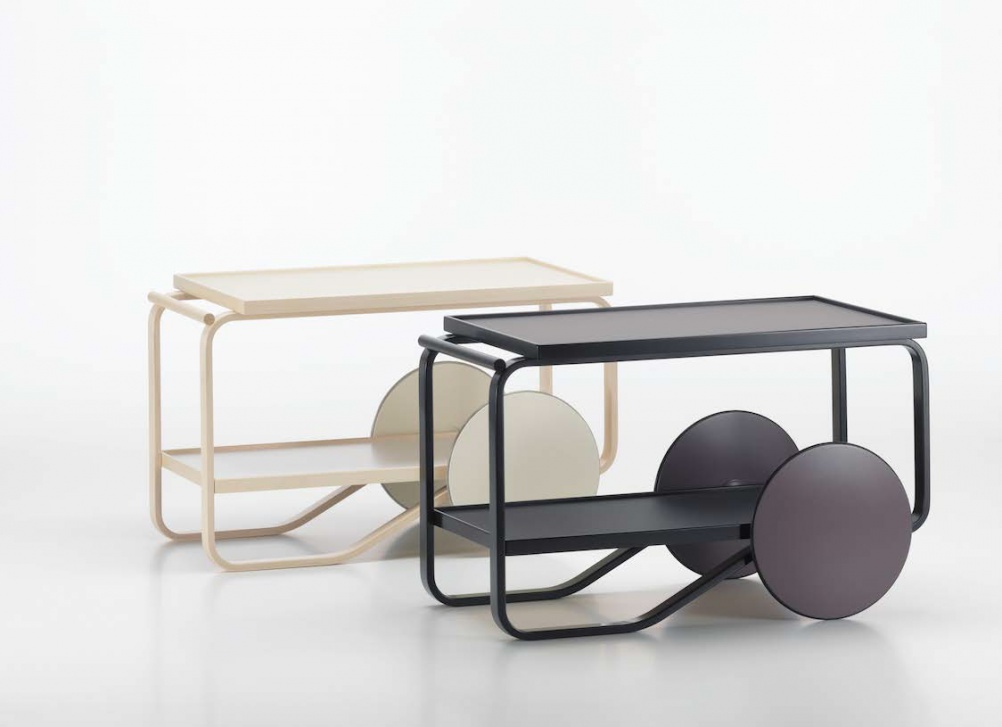 Hella Jongerius has designed her own version of Finnish designer Alvar Aalto’s Tea Trolley, which is being produced by Artek.

The trolley was inspired by “British tea culture” and the Japanese woodwork and architecture that Aalto admired according to Artek.

It was first introduced in 1936 and has since been produced in different sizes and with different variations such as baskets and trays, it has been finished in wood, linoleum, tiles and laminate and comes in a range of colours. 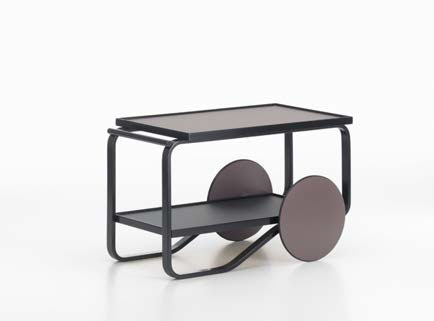 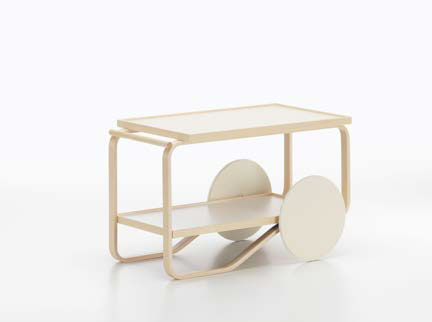