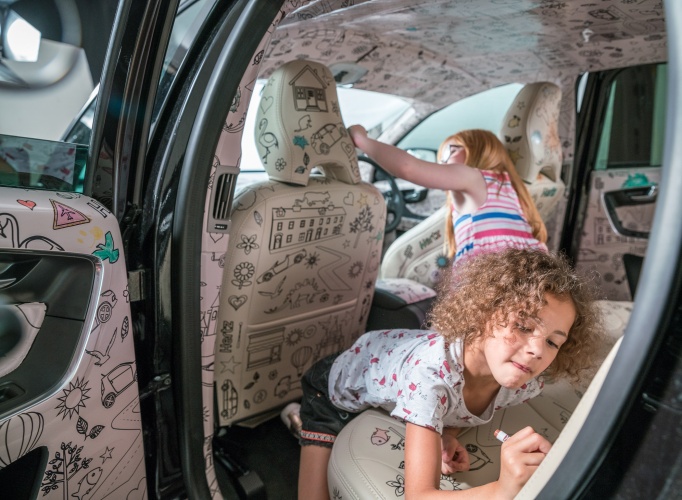 Car rental company Hertz has created a prototype car designed to deal with what it calls those “are we nearly nearly there yet?” moments on car journeys.

The car’s upholstery has been adapted into a “moving canvas”, says Hertz, with everything from the seats to the ceiling covered in colouring-in book designs such as animals, flowers and, of course, cars.

The concept car has been trialled at Hertz’ London Heathrow branch, and the company says it is considering rolling it out further in the future. 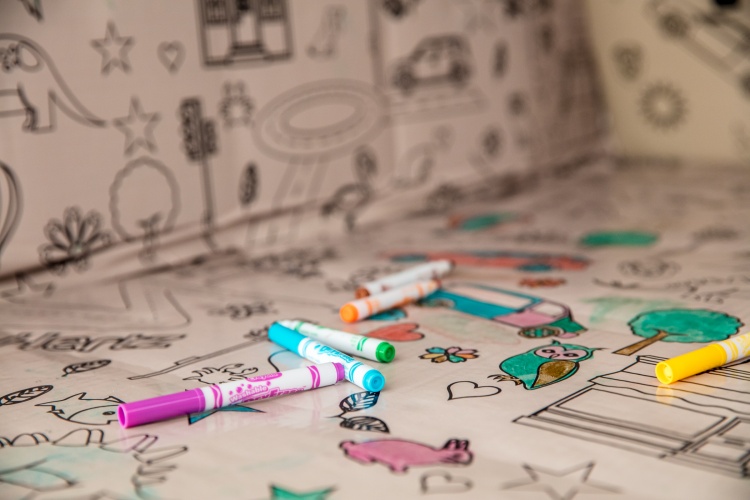 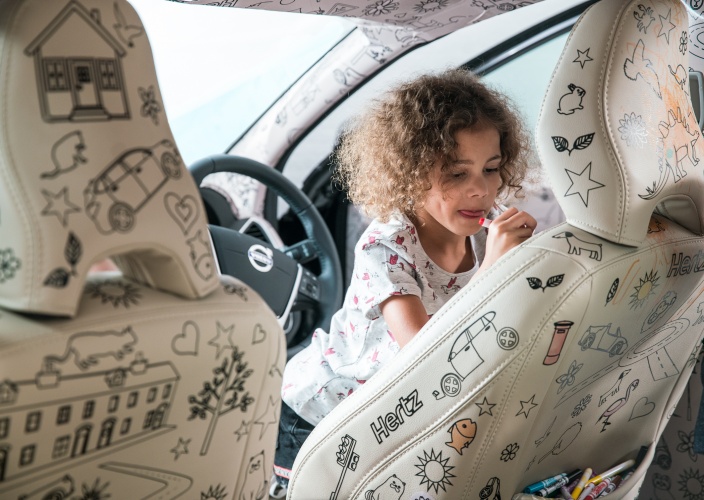