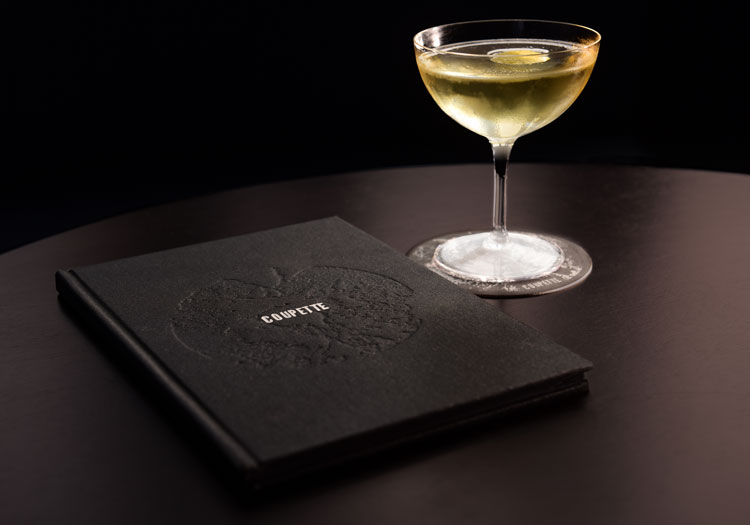 Coupette – which means to have a “cheeky one” in French – looks to bring lesser-known French drinks such as Calvados, cidre and poiré to London.

Hue & Cry’s identity for the bar is inspired by its French roots, including an abstract-patterned logo based on an apple – one of the key ingredients seen on the drink menus.

The design of the cocktail menu is based on the six borders of France – known as the French hexagon – with illustrations by Joe Wilson of six French antagonists, including architect Le Carbousier and anonymous photographer JR. 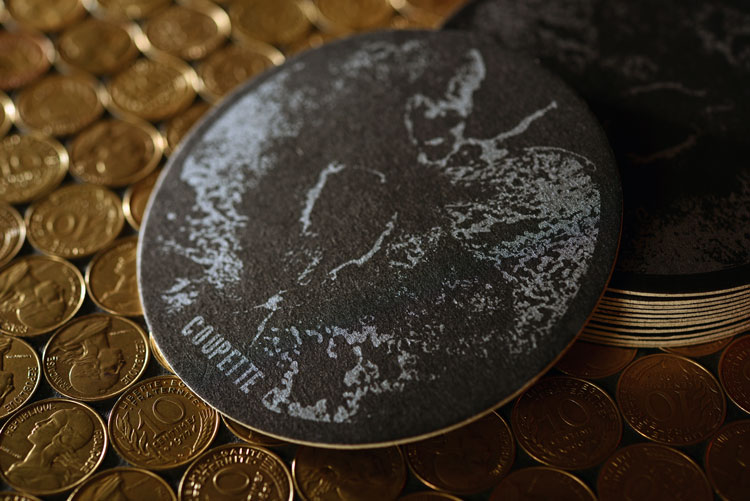 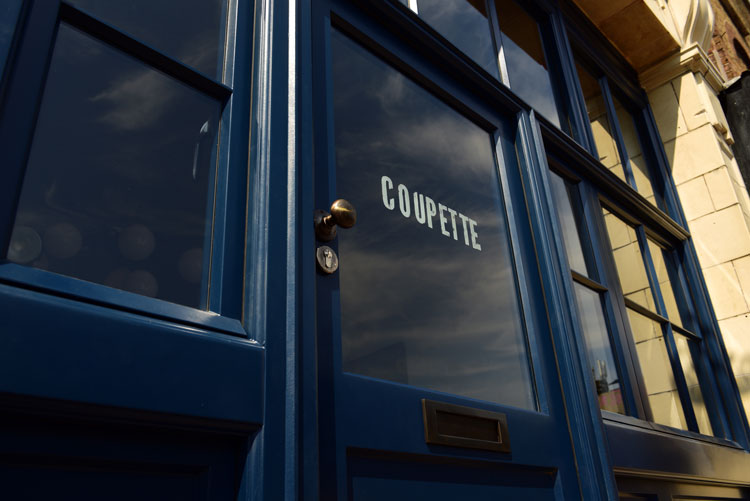 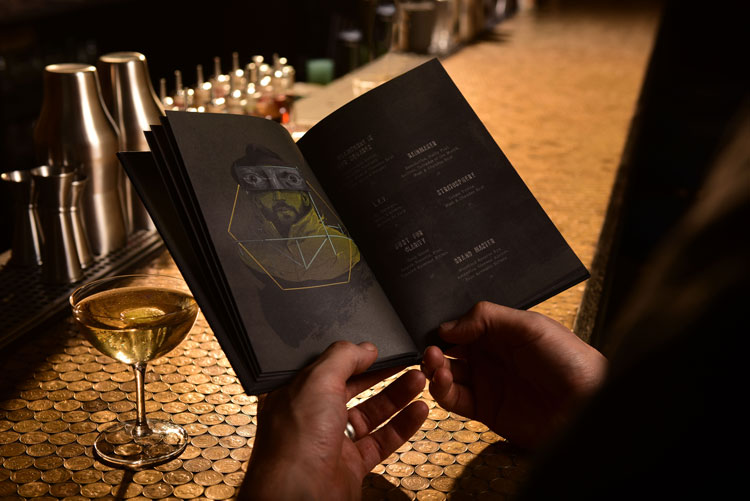 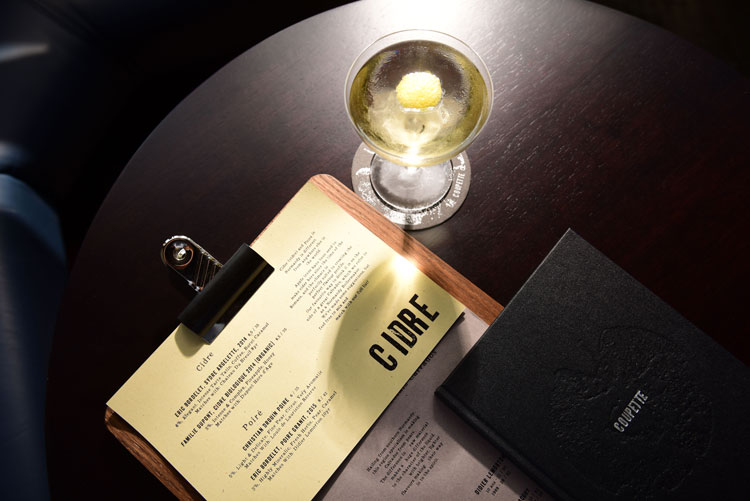 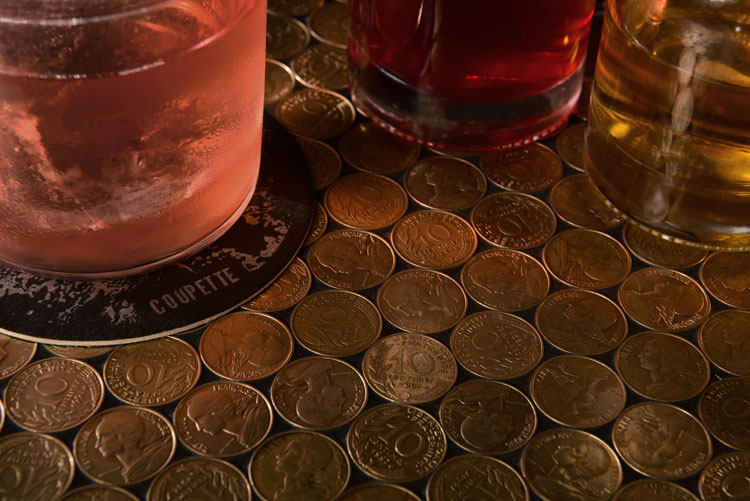