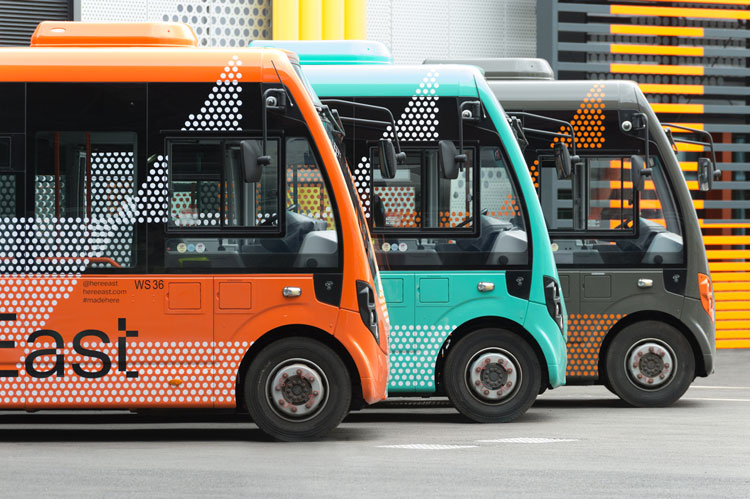 Dn&co has designed the livery for the new shuttle buses being used across Here East, a digital and creative campus in the Queen Elizabeth Olympic Park, East London.

The livery features the Here East visual identity, and all of the shuttle buses are covered in a series of dot patterns inspired by the Here East Broadcast Centre’s fritted glazing.

The bus interiors nod to the electric circuit-inspired wayfinding system that Dn&co created for the campus in 2016.

The shuttle service runs every five minutes between Here East and Stratford Station. 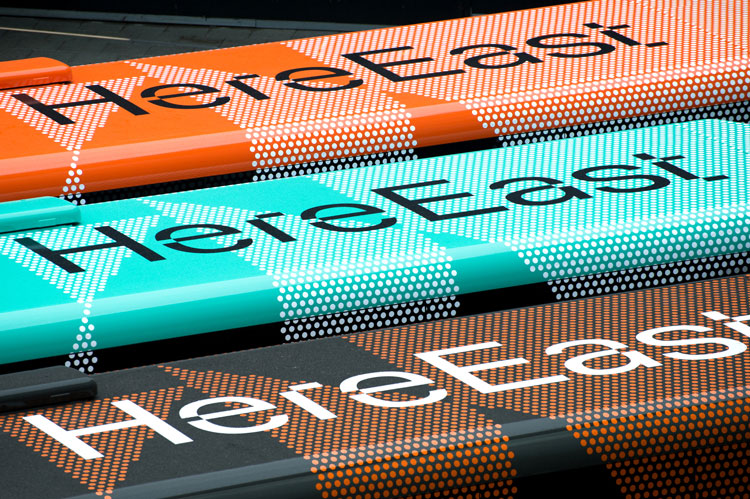 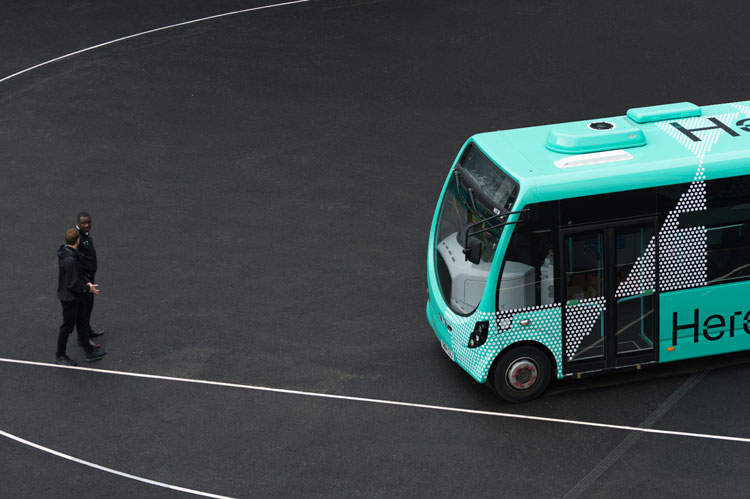 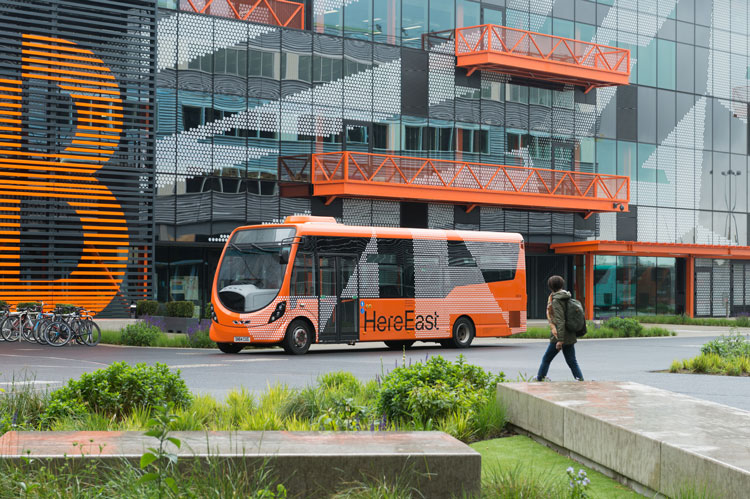 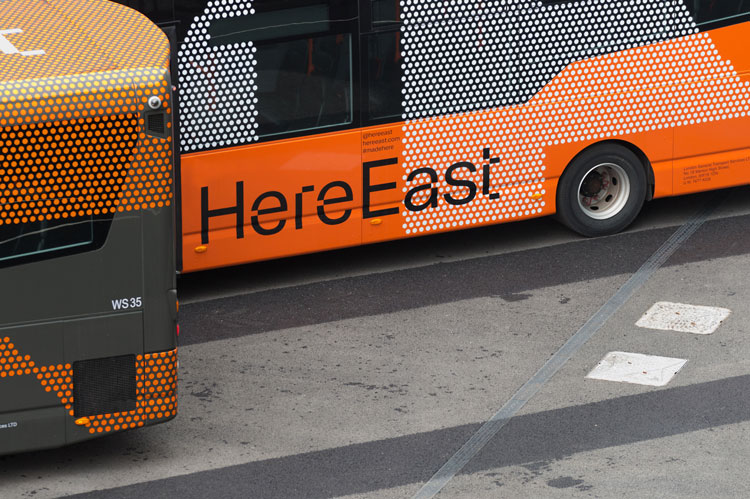 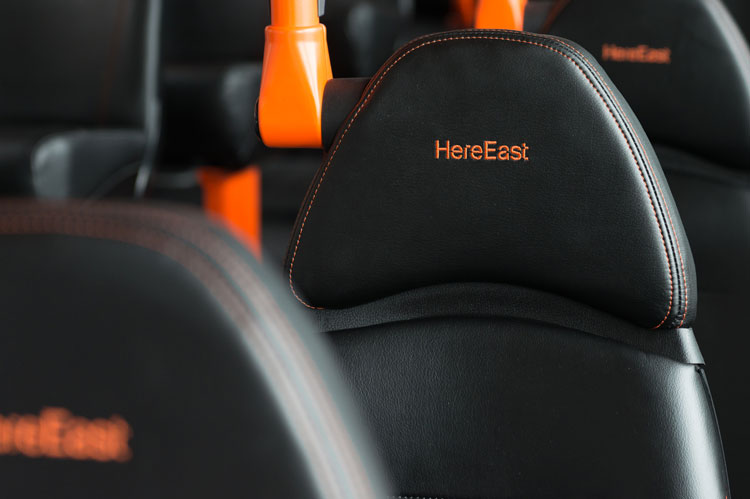