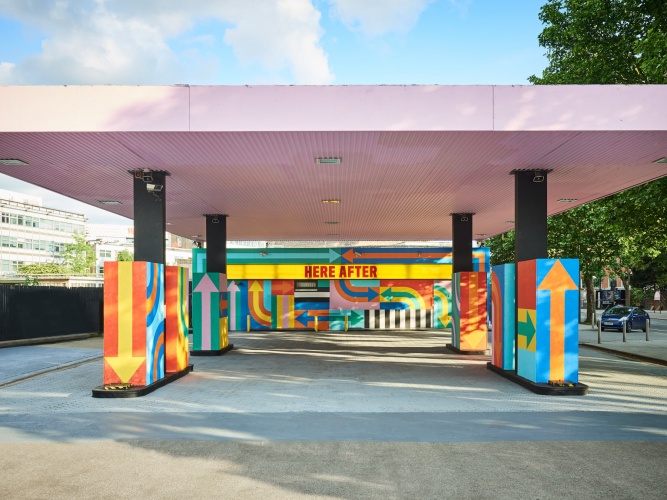 The brightly coloured design nods to the petrol station’s location between Television Centre, the BBC’s former headquarters and White City Place, the former BBC Media Village, with the selected colours being based on a television test card.

The project is the first stage of a wider regenerative scheme for the petrol station, which will soon be used as a venue for different pop-up events. 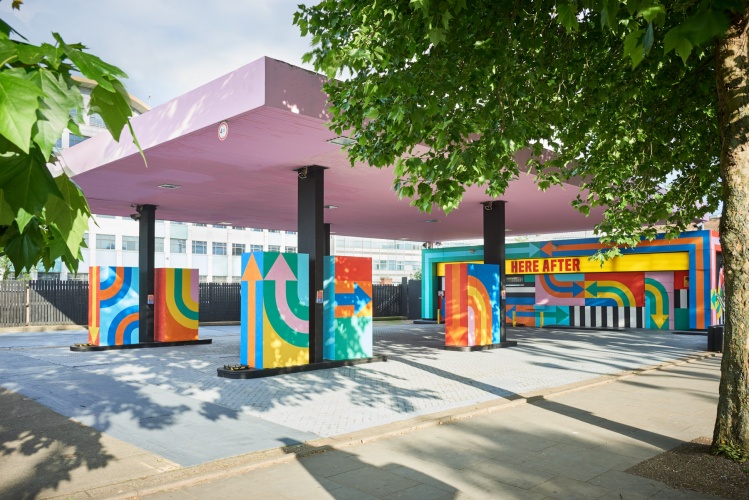 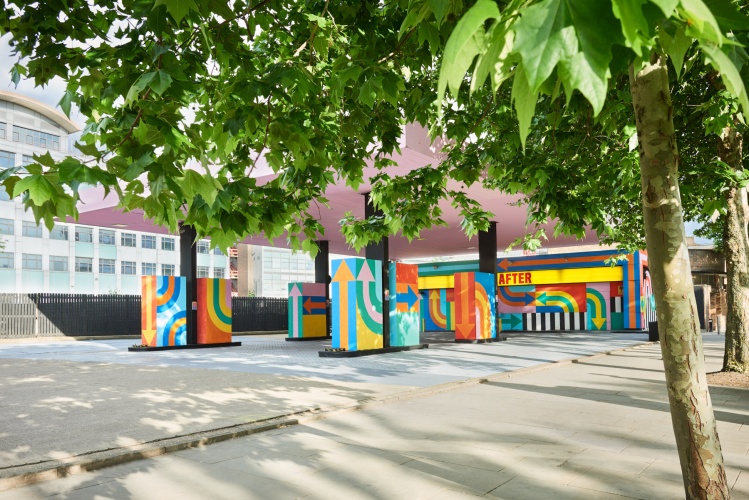 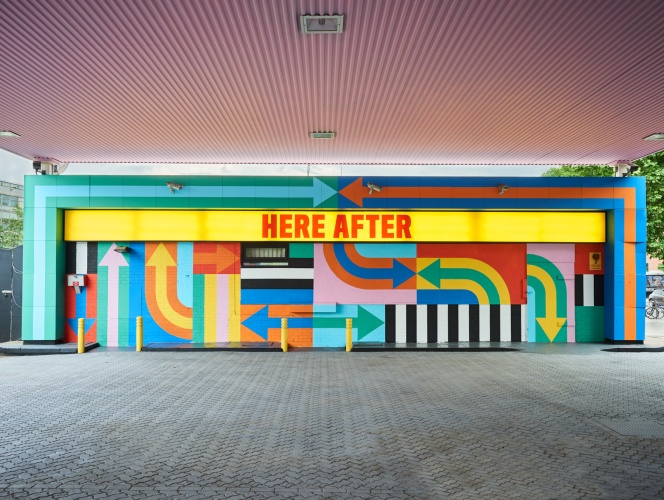 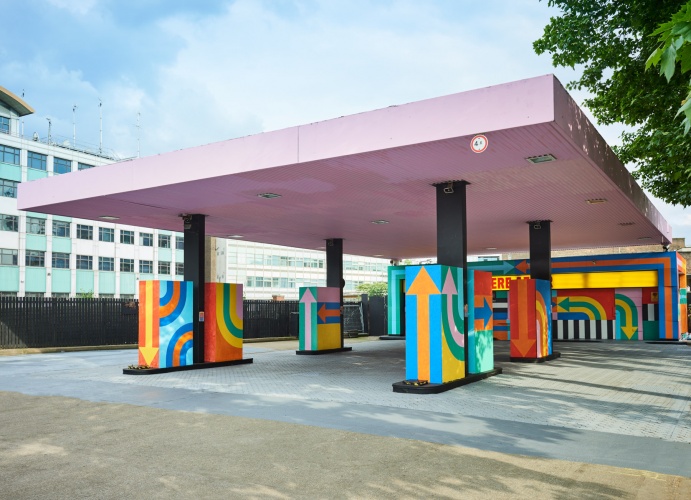