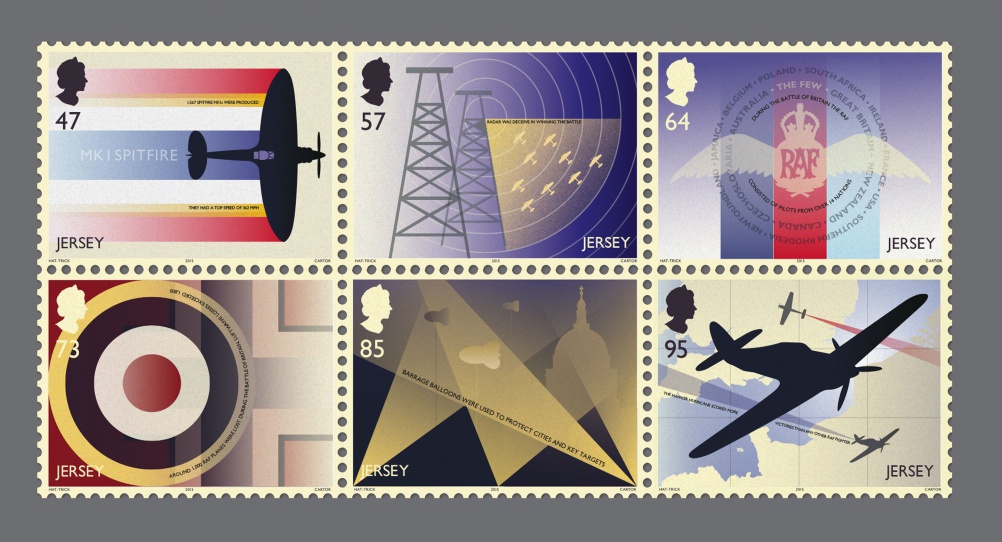 Hat-trick Design has created a new set of stamps for the Jersey Post commemorating the 75th anniversary of The Battle of Britain.

The stamps follow a previous Hat-trick-designed set released last month to celebrate the victory of Allied forces in Europe and the liberation of Jersey.

Hat-trick creative director Gareth Howat says: “Our inspiration partly came from the iconic poster designers of the time such as Abram Games (who I was lucky enough to meet many years ago) who designed such powerful and iconic images that resonate with that time.

“It helped start us thinking in terms of the strong compositions and graphic qualities that we wanted for both the Battle of Britain and the Liberation set designs.” 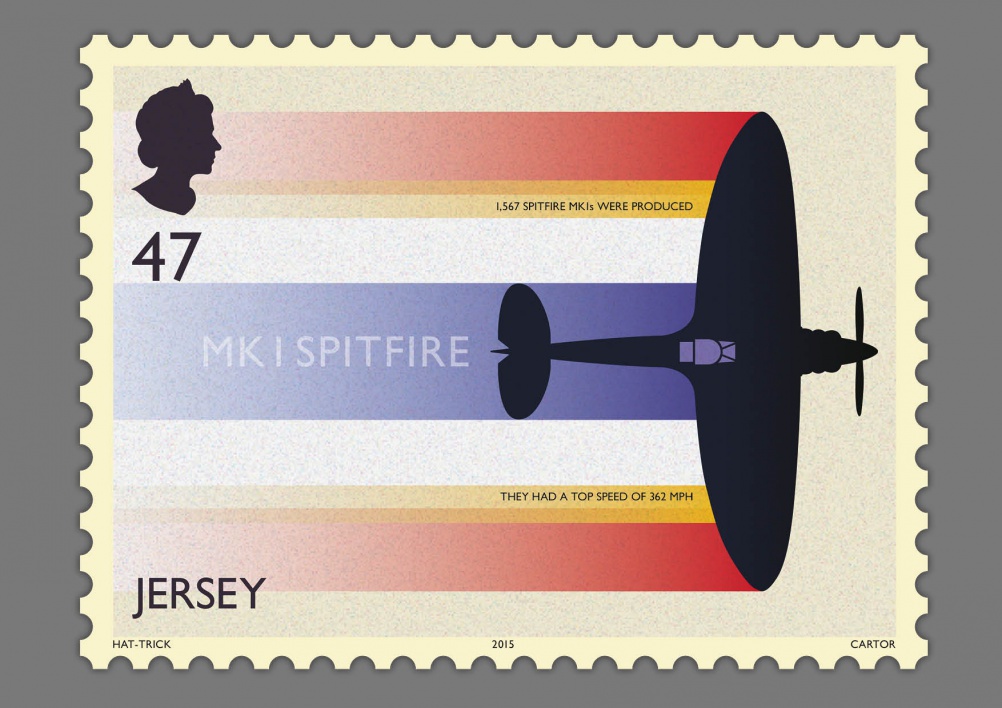 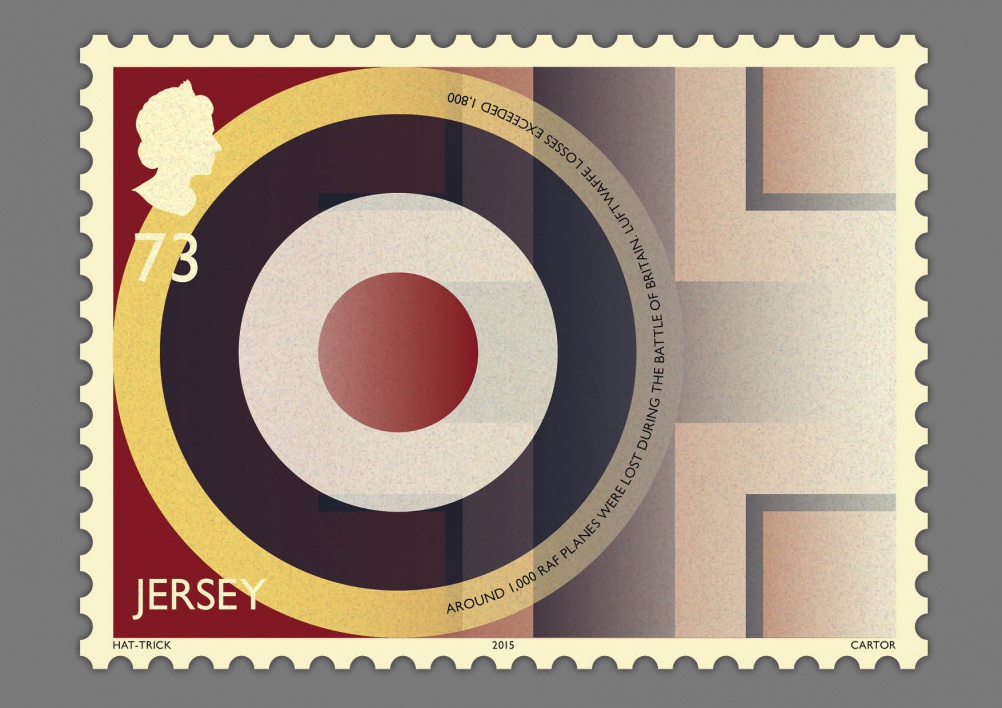 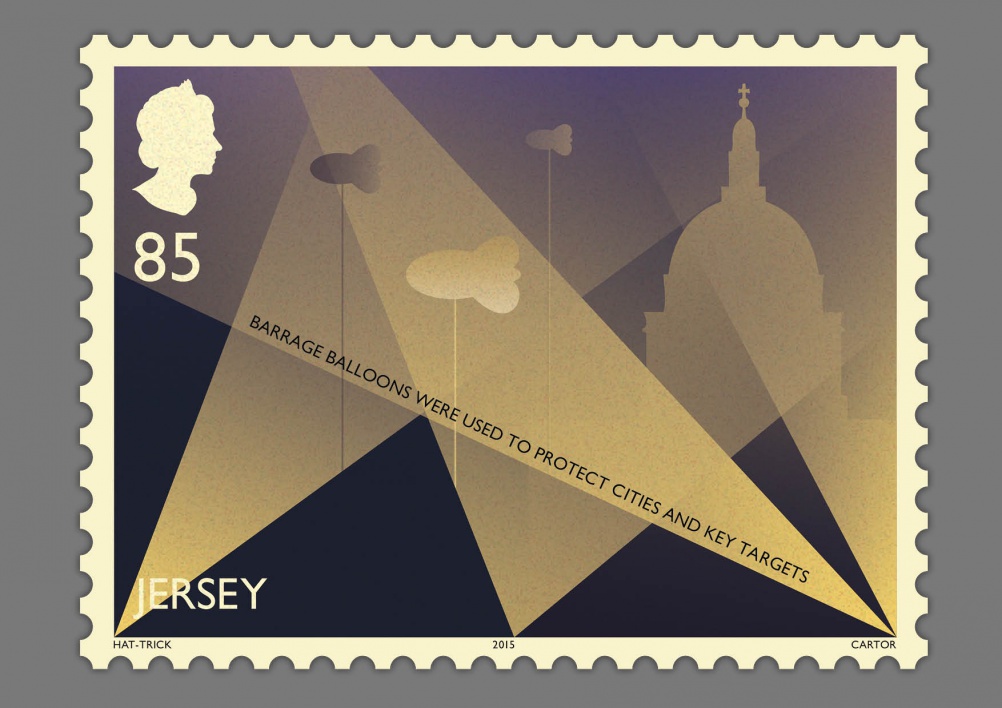 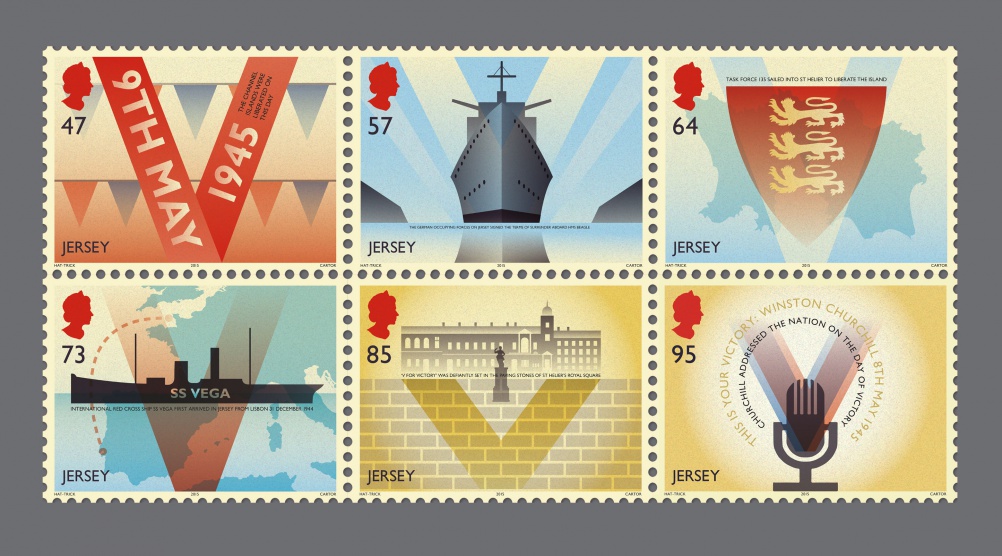