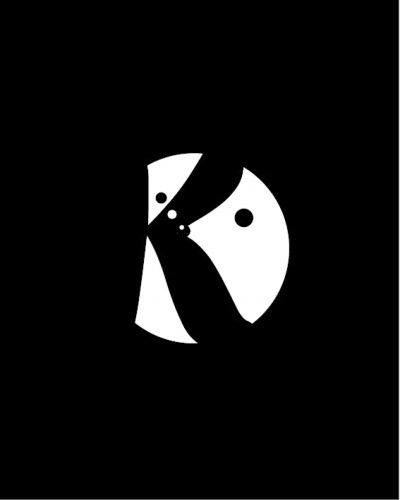 The new visual identity features a simple, black and white colour palette, while the new logo appears in red on the chef’s uniform as a reference to the red circle in the Japanese flag.

The logo design incorporates multiple circles within a “K” symbol as a nod to the name Kulu Kulu, which translates as “round and round” and reflects the conveyer belt seating inside the restaurant.

Sells has also created a text logo used on the restaurant exterior, featuring a simple, san-serif typeface and a sliced “i” in the word sushi to represent the “precision and accuracy” associated with the preparation of the dish, says the designer. 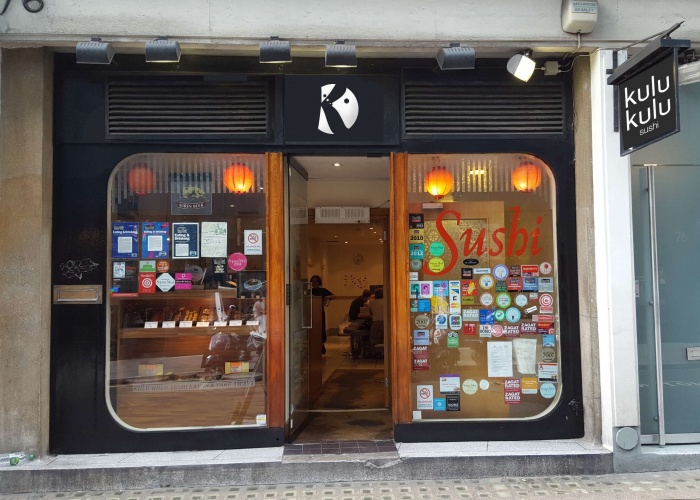 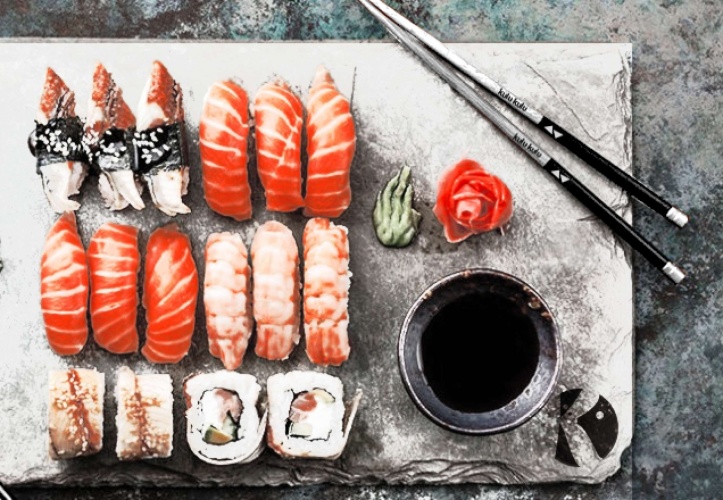 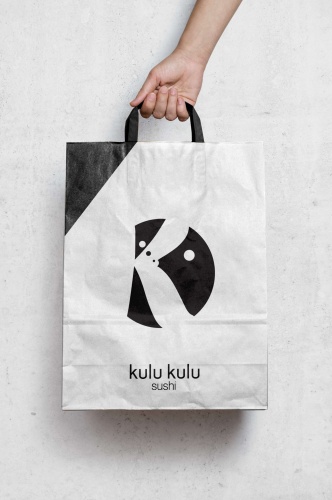 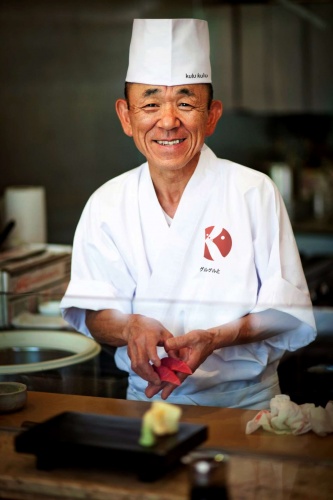