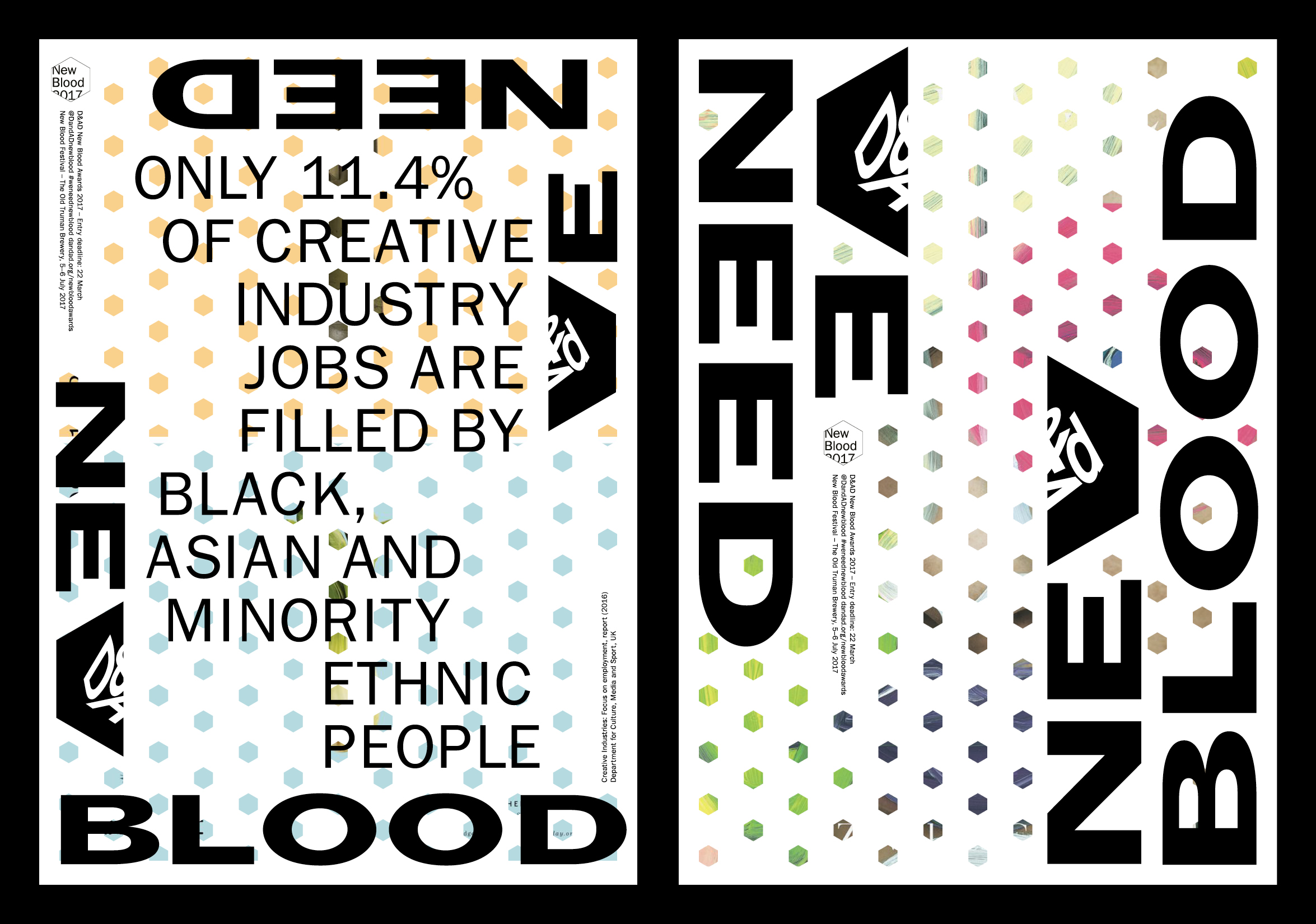 The Beautiful Meme has designed the campaign for D&AD New Blood 2017, We Need New Blood, which addresses various imbalances and inequalities in the industry, such as gender inequality and lack of ethnic diversity.

New Blood is a D&AD scheme for student and graduate designers. It dovetails with New Blood Awards and Festival events, which encourage students to showcase their work and make connections.

The fact that “one in four design workplaces are found in London” is also addressed and all of the slogans are designed to be confrontational and to encourage people to stop, think and take action, according to D&AD.

The Beautiful Meme creative director Ben Haworth says: “The energetic and visually distinctive hexagonal polka dot graphics conceptually represent controlled takeover while past D&AD winners are masked – as the past – to bring colour and texture. This is framed by a flexible ‘We Need New Blood’ lock up which in a trickster spirit tears up the D&AD logo.”

New Blood briefs are a range of imagined briefs set by real clients for young designers to tackle. Look at them in full here. 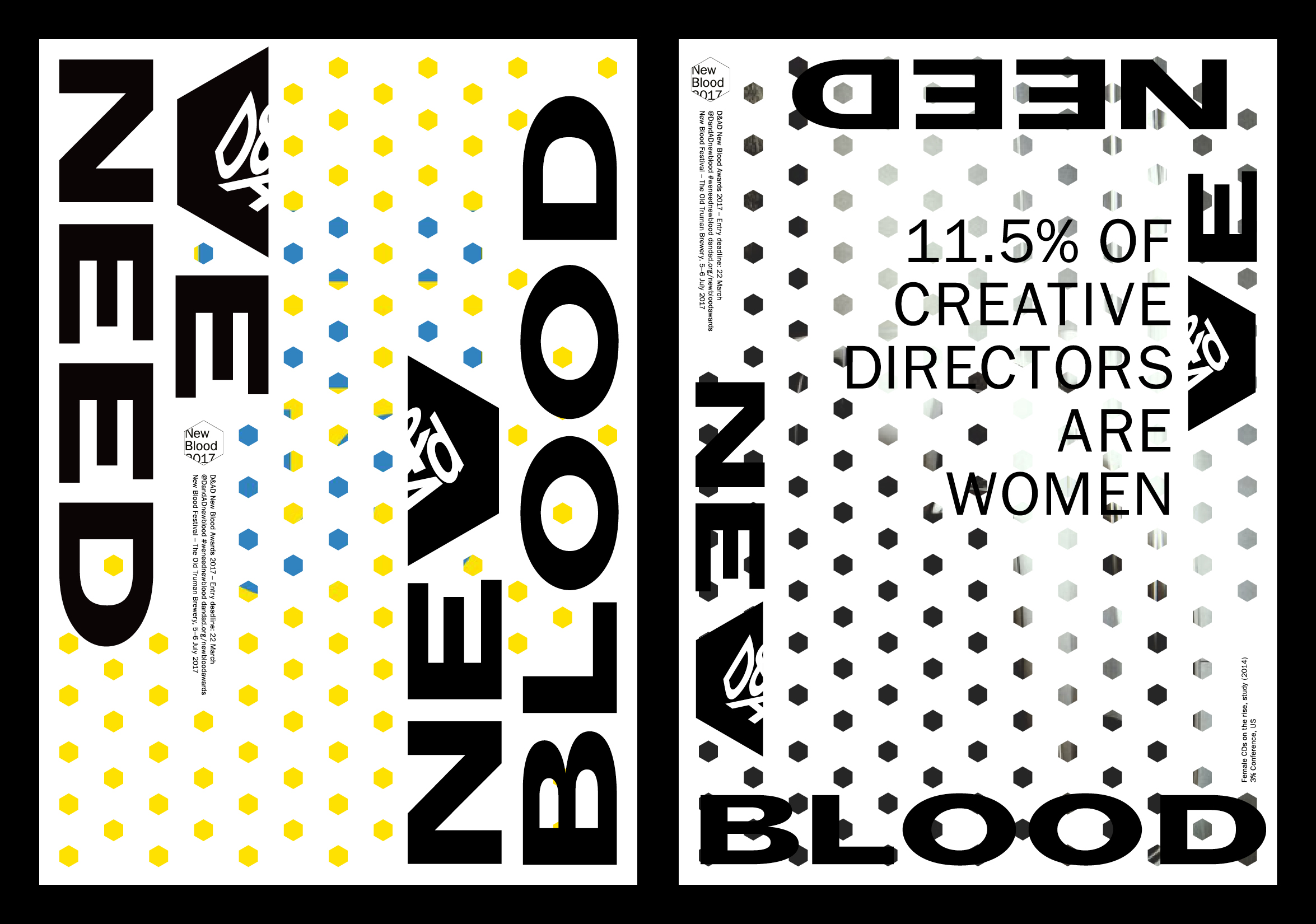 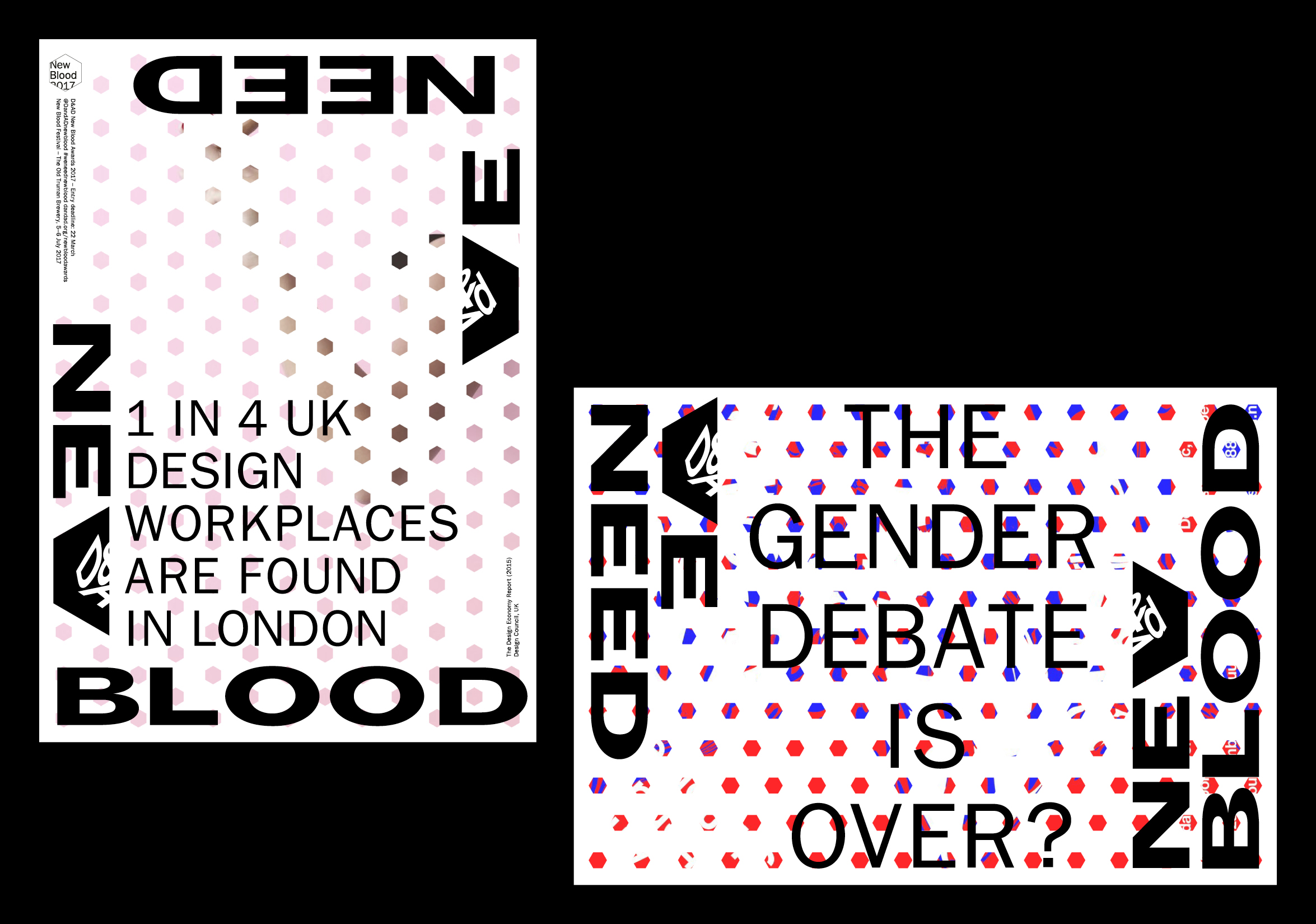 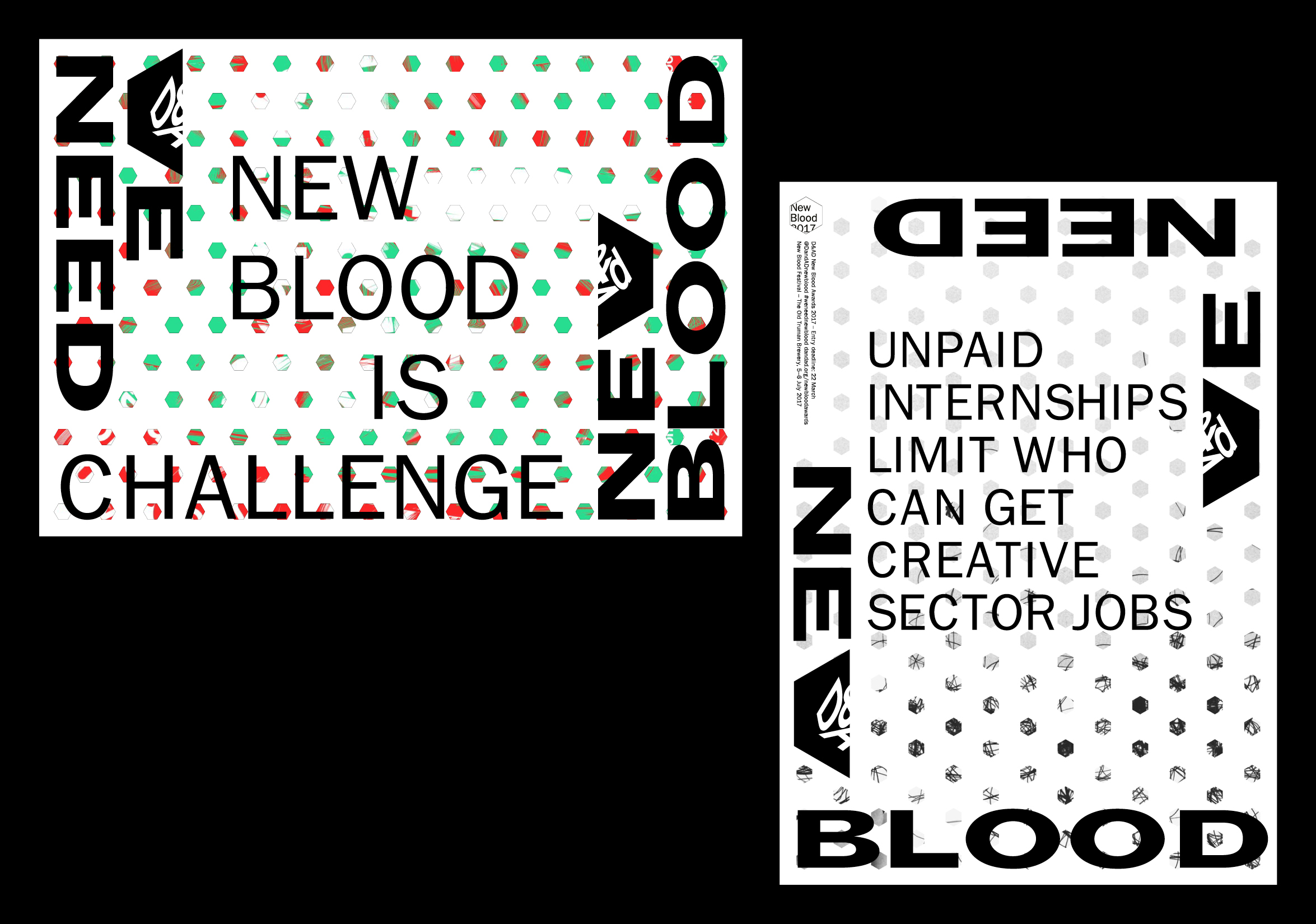 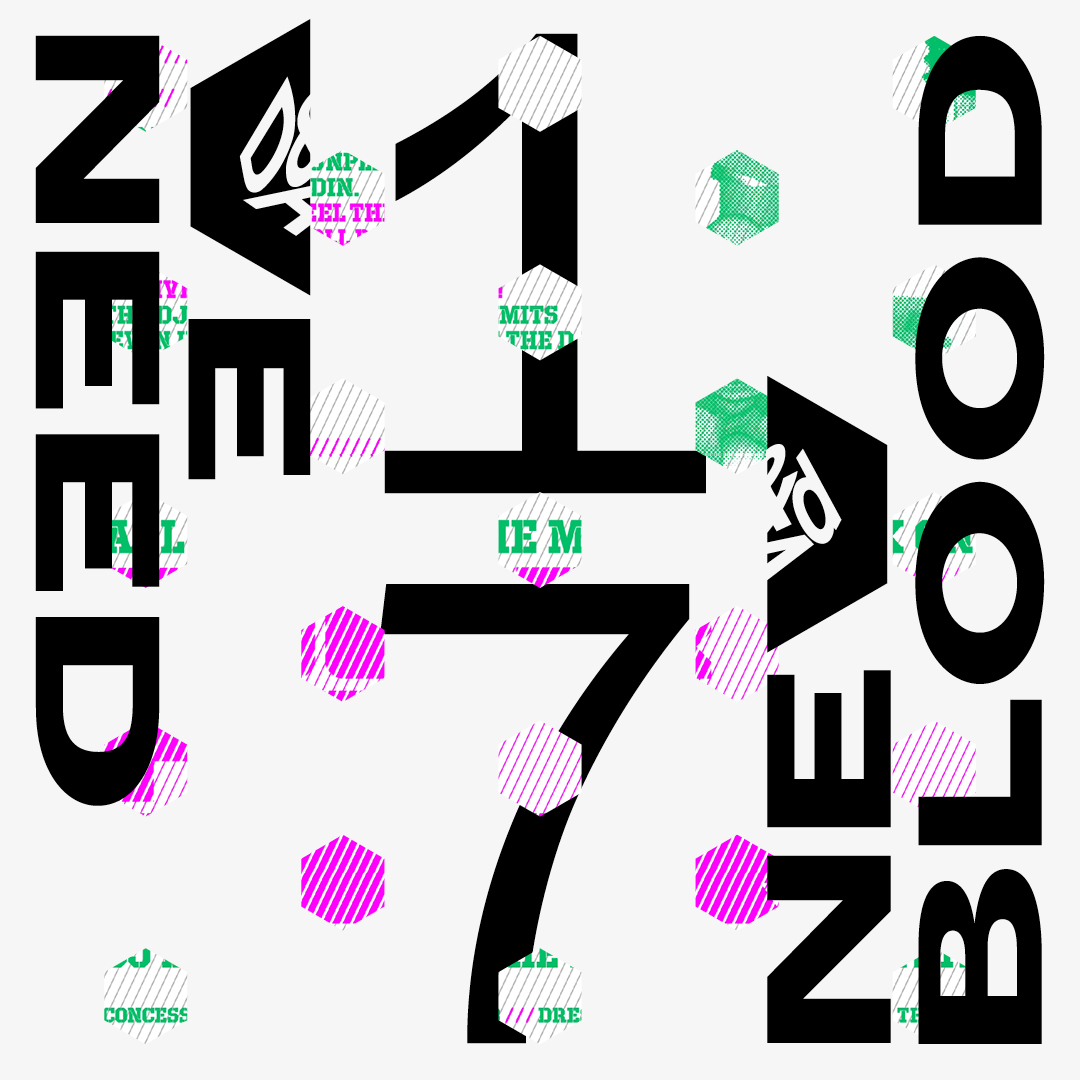