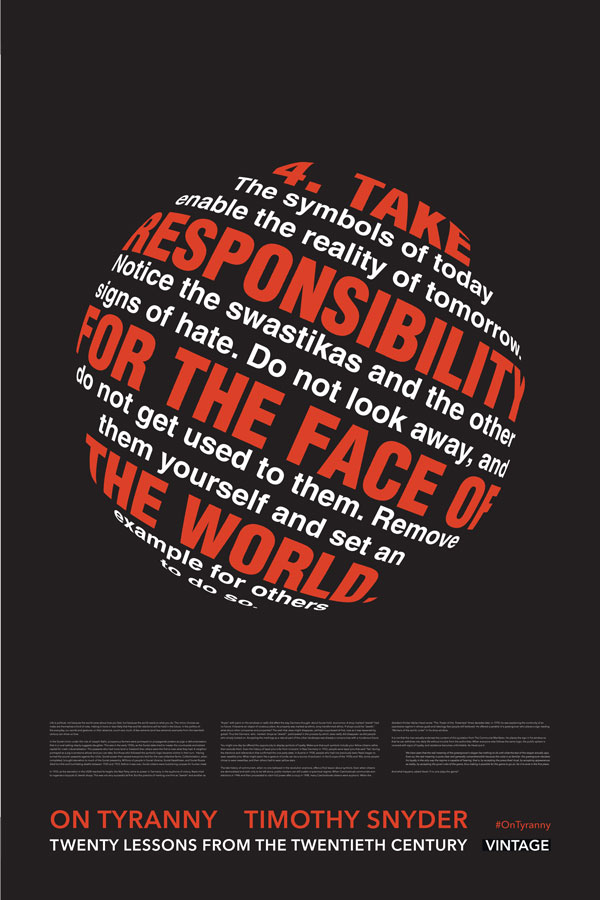 Publishing house Vintage’s in-house design team has collaborated with graphic design students from Kingston University to create a series of posters based on the book On Tyranny: Twenty Lessons from the Twentieth Century by Timothy Snyder.

Each chapter of the book – which looks to compare present day personality politics with the regimes of Hitler and Stalin – has been interpreted by a different designer.

The result is a mishmash of different typographic styles which look to give each poster its own “visual character”, says Vintage creative director, Suzanne Dean. A black, red and white colour palette used throughout.

The posters will go on display as part of an installation on Leonard Street, east London from 27 March – 3 April. 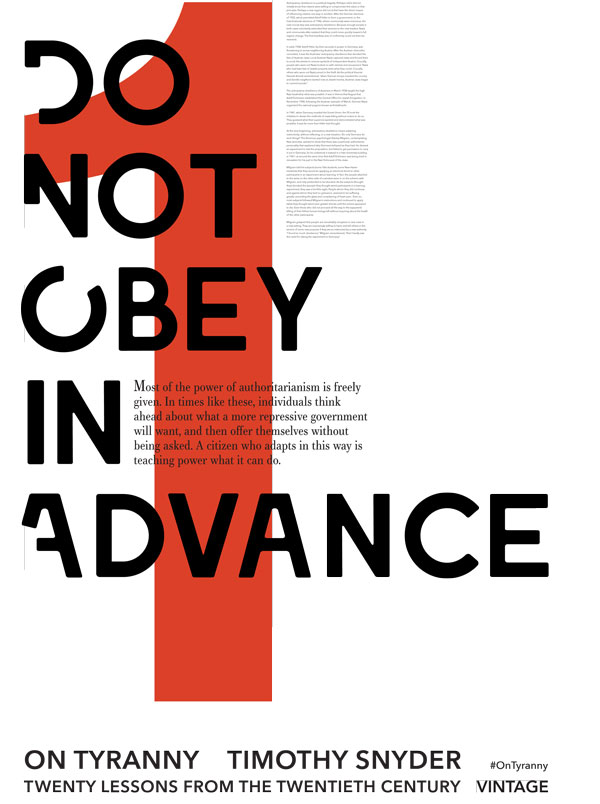 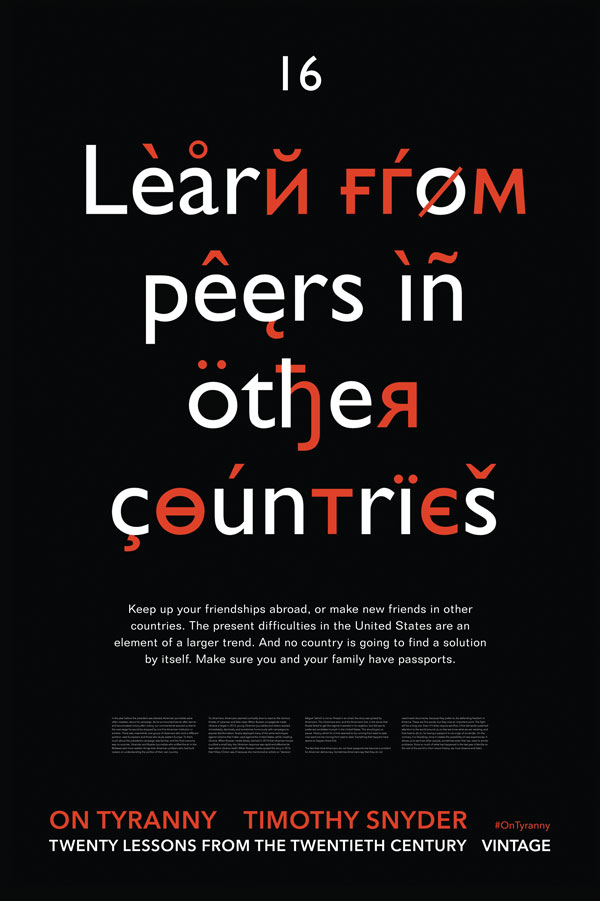 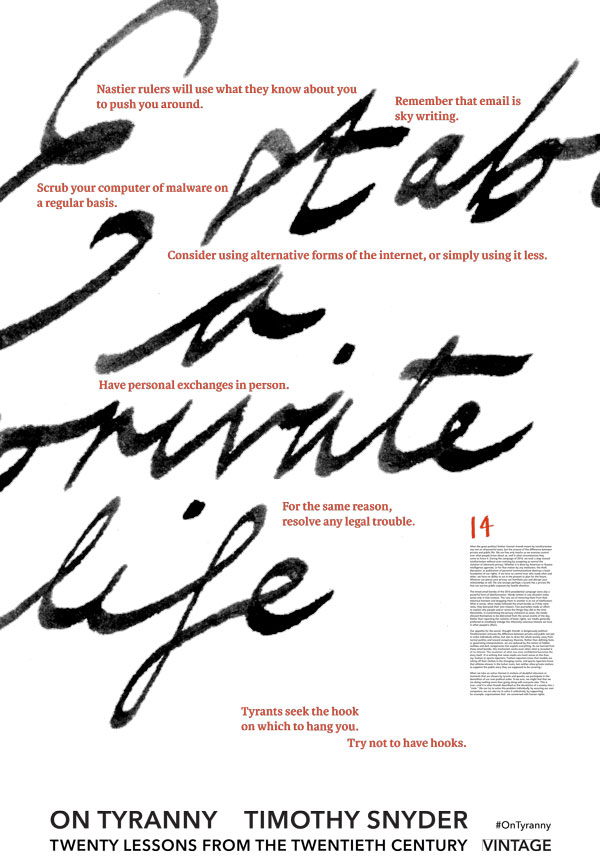 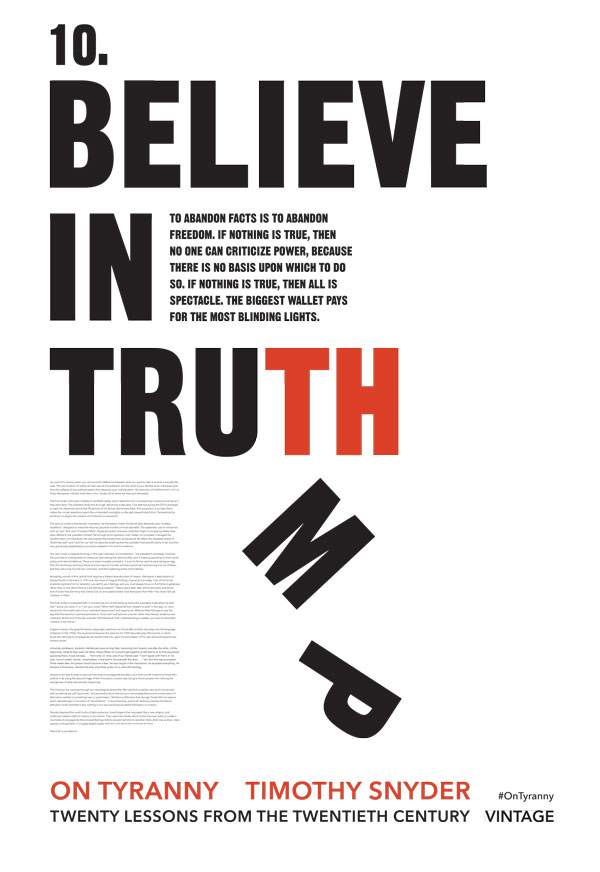 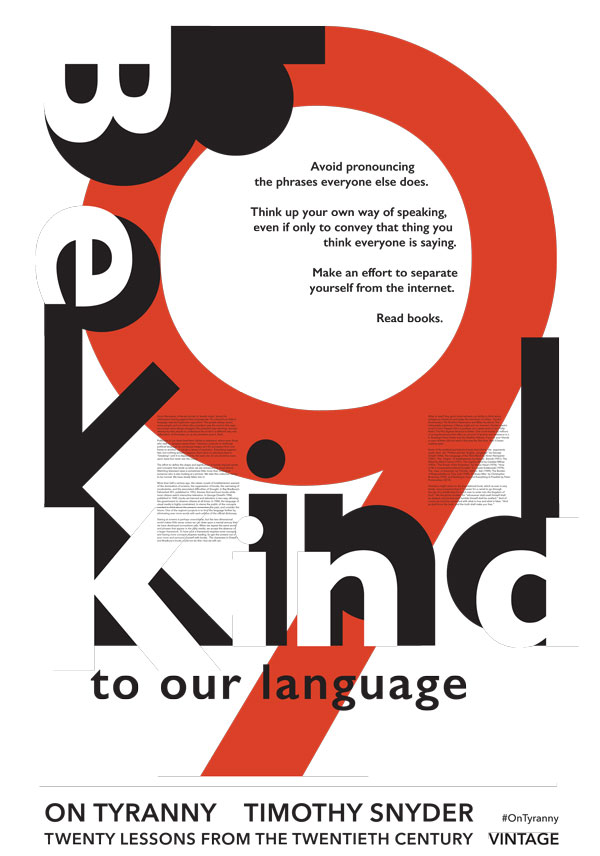