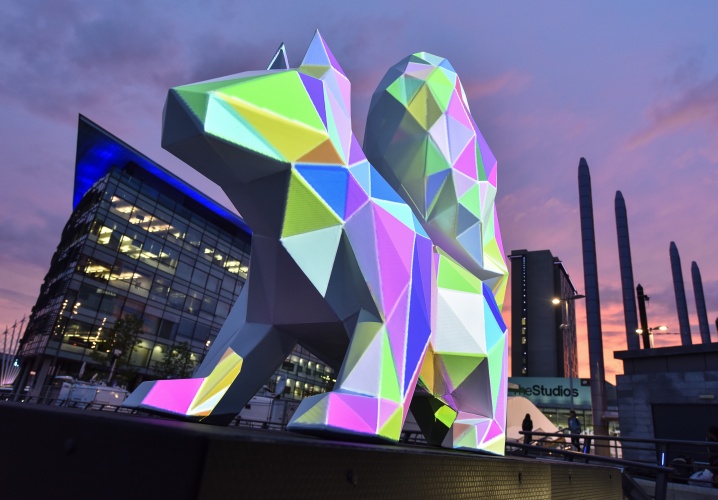 Designed by Netherlands-based studio Sober Industries, the idea behind the project is to raise awareness about the impact of human civilisation on the animal kingdom and the environment.

The sculptures include a geometric-shaped polar bear, whale, red squirrel and bee, which are illuminated at night using different projections.

Unnatural borders runs until 29 May. 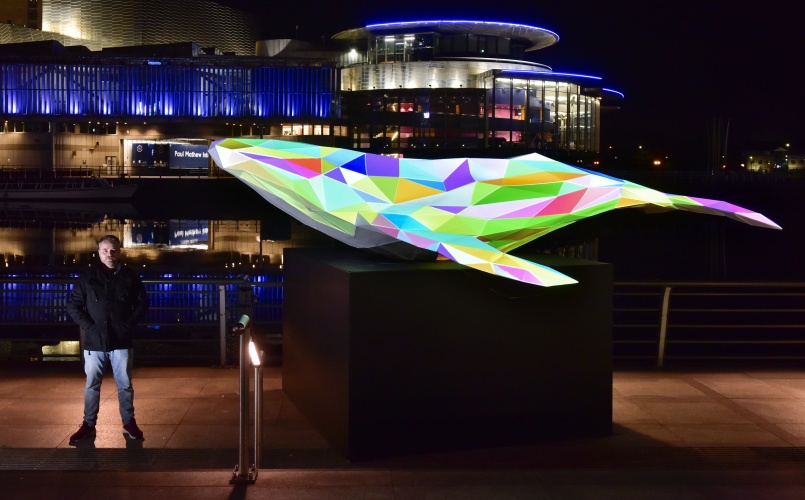 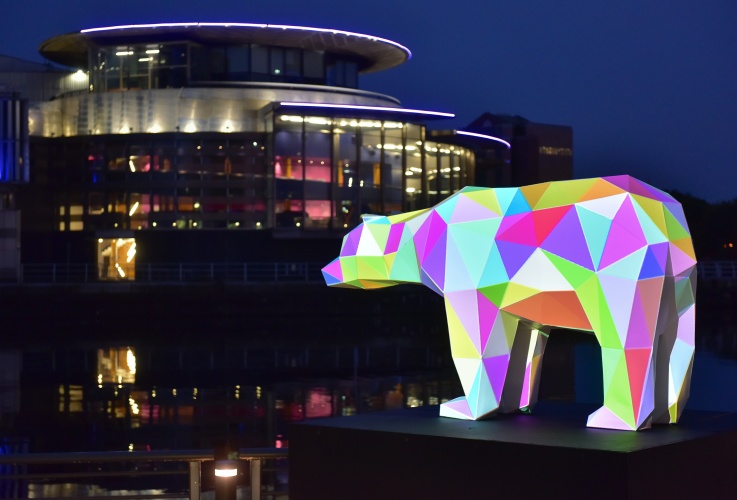 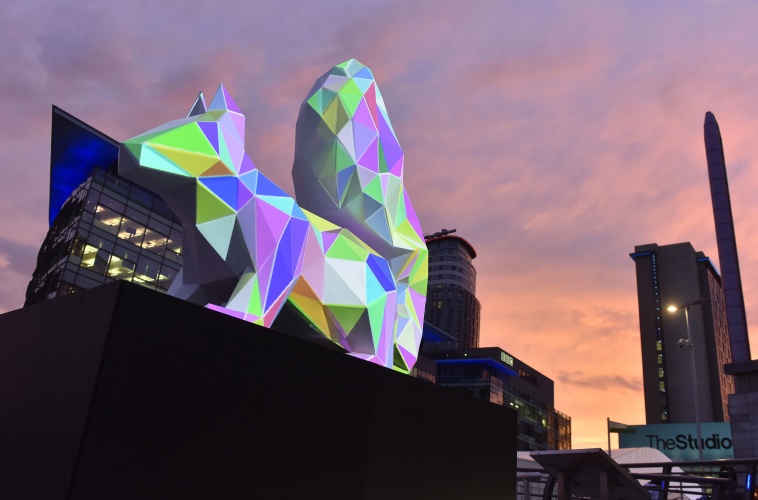 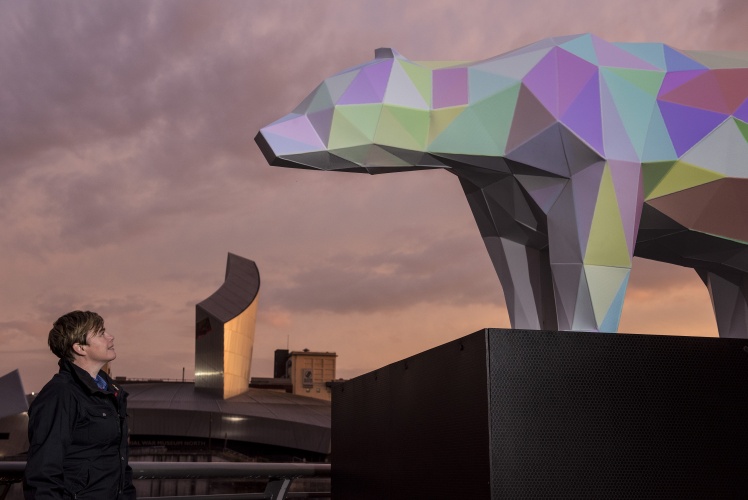 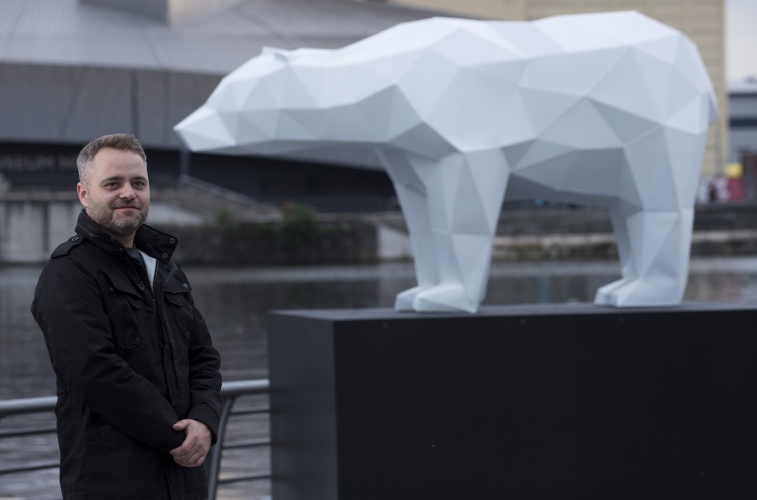