When we picture the future, it’s tempting to imagine a Blade Runner-esque universe with flying cars and holograms, but the reality might appear a lot more ordinary, according to Modem co-founder Astin le Clercq.

Take the case of those flying cars, much-discussed but still not available. “Electric cars are already mind-blowing,” he says. “But they still look like cars.”

Tech-enabled products – and in particular wearables – will likely follow the same trajectory, according to the designer. What they might look like is the inspiration for Modem’s self-initiated project, Patented Futures. It’s the latest in a future-looking series from the Amsterdam-based studio, which was founded by le Clercq and Bas van de Poel (previously creative director at Space10) earlier this year. Modem worked with Studio Bjørn Ibsen on the illustrations. 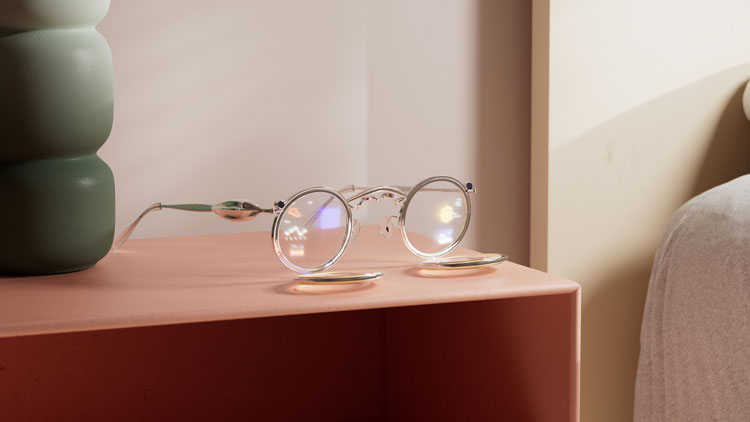 The duo has used non-descriptive patent filings from tech giants – like Facebook’s patent for AR-enhanced eyewear – as the basis for the concepts. Intellectual property is a murky area, and the team consulted with a lawyer in an attempt to avoid any costly lawsuits. The designers have tried to honour the publicly available patents rather than claiming them as their own. “We’re celebrating the innovation made up by big tech companies,” le Clercq says, pointing out that the designs rely on tech that doesn’t exist yet. Modem’s vision for a sleek pair of virtual glasses requires hardware that is so far not powerful or small enough.

Among the projects, glasses and earbuds are familiar territory for wearables. More of a “wildcard”, as le Clercq puts it, is the pair of motorised slippers which would allow people to walk endless distances in a virtual space. Modem worked from a Google footwear patent but added a fashionable and cosy spin – imagining a pair of tech-enabled house slippers. “You can slip into cosy slippers you wear inside your house and go into your virtual world to meet friends or do some work,” he says. 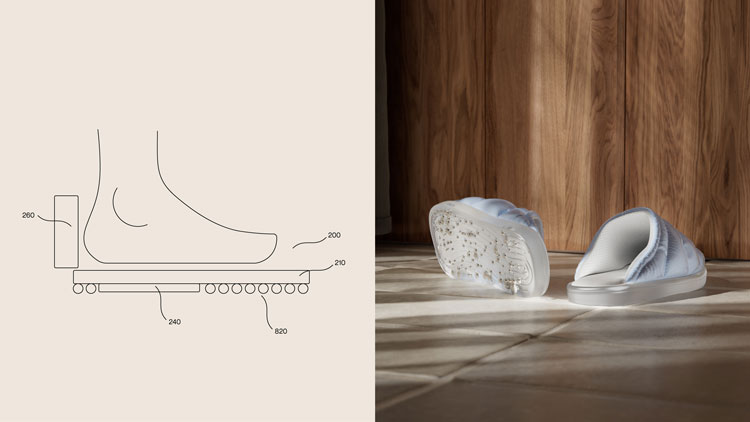 The slippers aim to solve some practical issues of these virtual worlds or – to use an increasingly popularised term – the metaverse. While virtual reality can be endless, physical reality isn’t: motorised slippers would allow people to explore worlds within a small space without bumping into real-world furniture. “They’re very tech-advanced versions of those human hamster balls,” le Clercq says, referring to the inflatable balls used for zorbing.

“Combining this super future tech with this really familiar piece of footwear would allow people to imagine what it would be like to actually own them, step into them, and go into your own virtual world,” le Clercq adds. 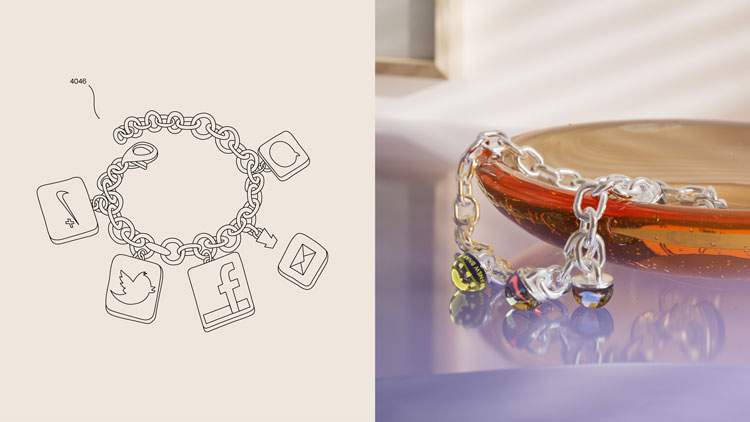 The slippers also point to another crucial contribution Modem sees for wearables: fashion. le Clercq believes you have to design fashionable, desirable products first and foremost and then build the tech into it. He points to Apple’s partnership with Hermès on the Apple Watch or a recent collaboration between Prada and American Express on a microchipped leather bracelet that allows contactless payment.

While wearable tech might play on the familiarity of accessories, it is also set to fundamentally change our expectation of these objects. Take the design based on AR start up Magic Leap’s patent – an AR-enhanced charm bracelet which aims to provide a more intuitive way to access apps in a virtual space. Putting on an AR headset would show a digital layer above the charms and the corresponding apps, such as Twitter, Facebook and iMessage. 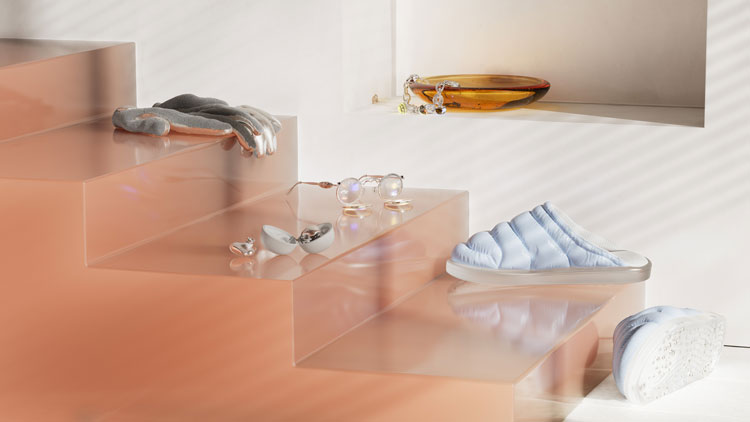 The bracelet clearly aligns with Modem’s fashion-forward vision for wearables, but it also raises issues around the separation between our real and digital lives. While there’s a need to stay connected, the pervasiveness of digital platform – and especially social media – is under constant scrutiny for its effect on our mental and physical health.

le Clercq believes that keeping tech closer than ever before could ease this tension. “This kind of 3D, digital layer on top of our physical layer will be less intrusive,” he says. For example, while we currently have to check a notification to see that a friend has said hello, in the metaverse that friend can just say hello. In this way, the different interfaces used by various platforms – which require “quite a lot of processing by your brain”, le Clercq says – may be a thing of the past. Notifications could also become more subtle – a charm with a vibrating motor could provide haptic feedback, the designer explains.

“We’re dreaming of the future by looking at the patents” 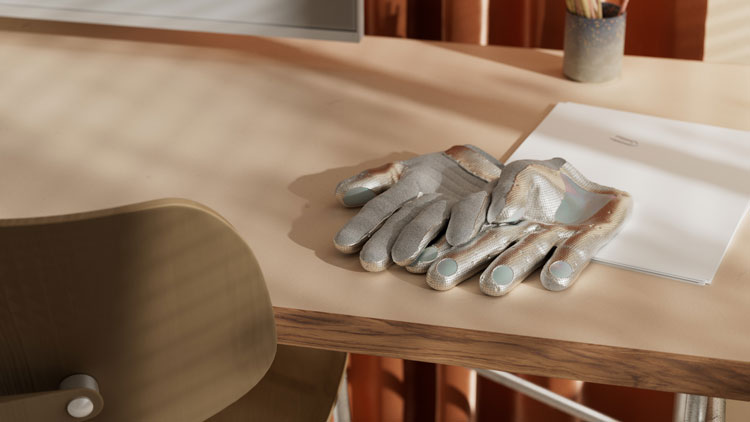 Two more projects are inspired by Apple patents. The more unusual concept takes the form of a pair of gloves, which lets people interact with virtual objects. Using smart fabric, le Clercq imagines these as providing haptic feedback for product designers or architects, for instance. He does a lot of 3D modelling and pictures a future where he could jump from the modelling software into real space – “actually gripping objects and building something by hand”, he adds.

It’s impossible to predict the future of these patents with much precision. The first patent drawing of the iPhone – filed years before the first phone’s release – gave very little idea of what the product would look like. Now iPhones are ubiquitous. For designers, that transition is tantalising. As le Clercq says of the process, “We’re dreaming of the future by looking at the patents.”