Apple has unveiled its new iPhone, which features face recognition and a glass screen covering the entire surface of the phone with no button.

The iPhone X is Apple’s 18th iteration of the smartphone, and comes alongside the launch of the iPhone 8 and 8 Plus. The iPhone celebrated its 10th birthday earlier this year.

The back of the phone is also entirely made of glass, meaning it can charge wirelessly when rested on a charging mat.

The Home button that sits at the bottom of all other iPhones to date has been scrapped and users now swipe up from the bottom of the screen to go back to Home. 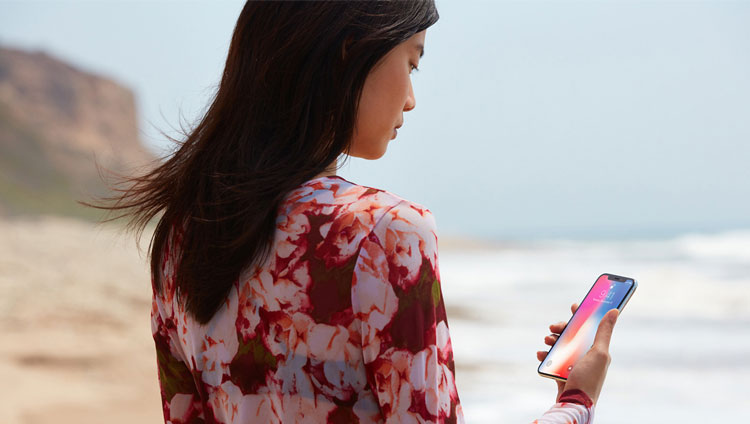 Face ID has been added, which allows users to unlock their phone and complete contactless payments via Apple Pay by scanning their faces. This is an adaptation of Touch ID, the technology that lets users complete tasks by scanning their fingerprint.

The phone features higher quality cameras than previously, with a 7-megapixel front camera for “selfies” and a 12-megapixel rear camera. Other features have been added such as automatically stabilising images, exposure control, wider apertures, a redesigned flash, and multiple lighting options for “better photos and videos”, says Apple.

The cameras have also been advanced so that developers and designers can use them to create games and apps with use of software ARKit.

Users can now also record themselves and create moving, personalised emojis mimicking their own facial expressions, in the form of Animojis.

The iPhone X runs 25% faster than the last iPhone, and has an extended battery life of two hours. It loads graphics 30% faster than the previous iPhone, aimed at developers and digital designers wanting to design augmented reality (AR) and three-dimensional games.

Along with the launch, Apple has released the iPhone 8 and iPhone 8 Plus, two iterations closer to previous iPhones.

They still feature the Home button and have an aluminium back, but also have better quality displays, higher quality cameras and wireless charging capabilities.

New software iOS 11 rolls out across all three devices, alongside new male and female voices for voice recognition technology Siri, as well as the ability to translate phrases spoken to Siri into Chinese, French, German, Italian and Spanish.

Apple has also launched a new version of its smartwatch, the Apple Watch Series Three, which has improved fitness tracking such as a personal trainer feature and better water resistance, and the ability to make calls and receive text messages without an iPhone present.

It loads graphics quicker than before, has faster wi-fi, can stream 40 million songs from Apple Music, has Siri and an all-day battery life.

The move to include greater fitness capabilities comes after fitness brand Fitbit launched its first smartwatch earlier this month, which also features a personal trainer function, water resistance and the ability to stream music.

Apple has also revealed AirPower, a new charging accessory which will go on sale in 2018 and will let users charge three devices wirelessly at one time.

The Apple Watch Series Three is available in gold, silver and grey aluminium, starting at £399, and is available to pre-order from 15 September.