Tinder has had a redesign, dropping its text-based logo and replacing it with a new interpretation of its flame symbol.

Tinder, founded in 2012, is a photo-based dating app where users swipe either left or right through other people’s profiles based on whether they find them attractive or not.

If two people swipe yes – or right – to each other, they are matched and can talk via the texting part of the app.

The app’s old logo featured a wordmark set in red in a lowercase, sans-serif typeface, with a flame symbol used to dot the “i”.

The wordmark has now been removed, and replaced with a revamped flame symbol designed by consultancy DesignStudio, which is wider and rounder than the last one and features a colour gradient of pink through to orange.

The logo change accompanies an app redesign, which is “cleaner” and “more seamless to navigate”, says Tinder, with more tapping functions. 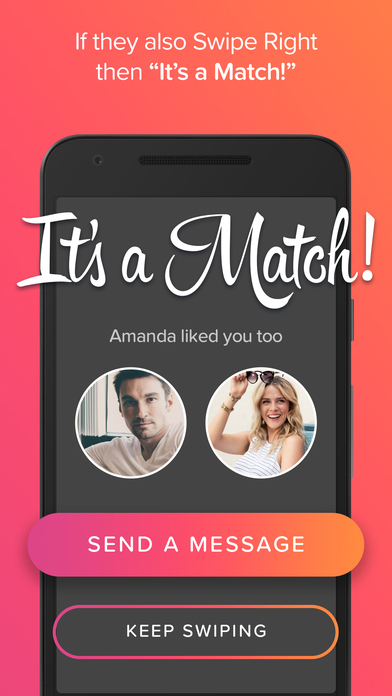 Tapping to the left or right of a user’s profile photo will now bring up more photos, and tapping at the bottom right will bring up their whole profile.

Alongside photos, a profile includes a user’s bio, any shared connections with the user swiping, their favourite artists based on Spotify and their Instagram Feed, if they have decided to share it.

Photos have been given more precedence in the new app by extending to the edges of the phone screen, and the symbols at the bottom of a user’s profile have been redrawn and refined with colour gradients.

Tinder’s new, “clean” look with a more minimal logo is part of a wider trend adopted by social media platforms and apps in the last year.

This includes Instagram, which dropped its vintage-style camera logo in 2016 for a more pared-back, flat graphic interpretation of the object with a colour gradient, and Twitter, which refreshed its app and desktop look in January with a greater emphasis on photography and redrawn icons.

The new look and logo for Tinder has rolled out across its app, browser version and social media platforms.

While DesignStudio created the new logo, it is not confirmed at the time of publishing whether the app redesign was completed in-house or by an external design studio.