Spotify has launched a platform for designers and artists to collaborate on its Canvas feature, a looping video that accompanies tracks on the streaming platform.

The videos last between 3-8 seconds and only play on the streaming service’s mobile app. High-profile artists who have used the feature this year include Taylor Swift and Lady Gaga.

The Canvas marketplace is available on Spotify’s SoundBetter platform, which is where artists, producers and musicians can connect for specific projects. A range of paid services are marketed here, from mastering engineers to sessions musicians and songwriters.

The addition of Canvas designers is a result of the feature’s rising popularity, according to Spotify. It is “becoming a new music industry standard for creative expression”, the audio company says.

From Kanye West to Katy Perry 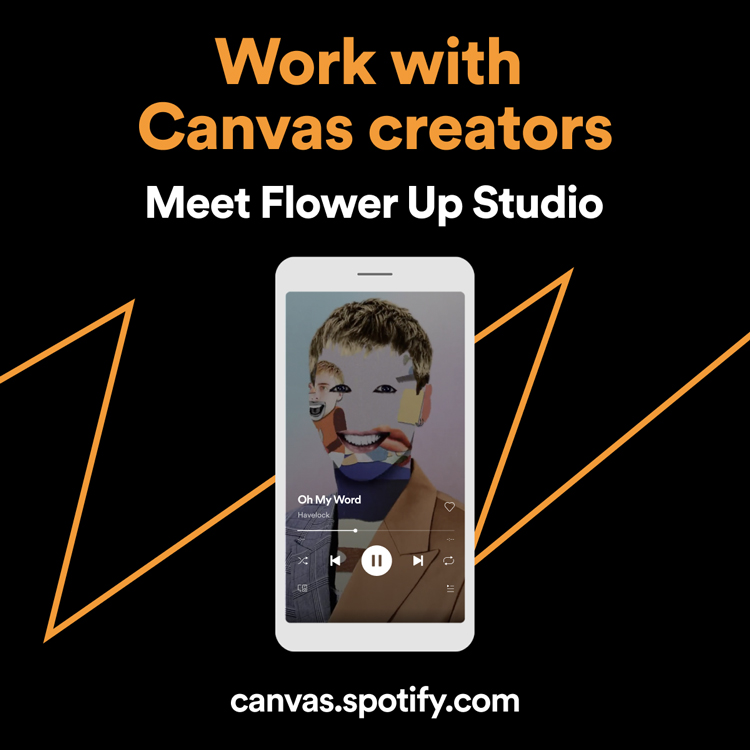 On the platform, artists can share details on new projects and designers can apply for these projects. Designers can also display their portfolio, the kind of work they create and set their prices, either by track or as an hourly rate.

The categories for Canvas visuals are split into 3D graphics, 2D graphics, mixed media and video.

There is a diverse list of designers on the marketplace so far, including New York-based Helen Ratner who has worked with FKA Twigs and Kanye West and Los-Angeles studio WEWRKWKNDS who has collaborated with Katy Perry and Billie Eilish.

Featured on the platform too is London-based graphic and motion designer Khush.co who has created visuals for Lewis Capaldi and Zedd.

Also based in London is motion designer and illustrator Patrick Blake who has previously worked with British independent record label Peacefrog Records on animated visuals.

A “unique opportunity to connect with fans” 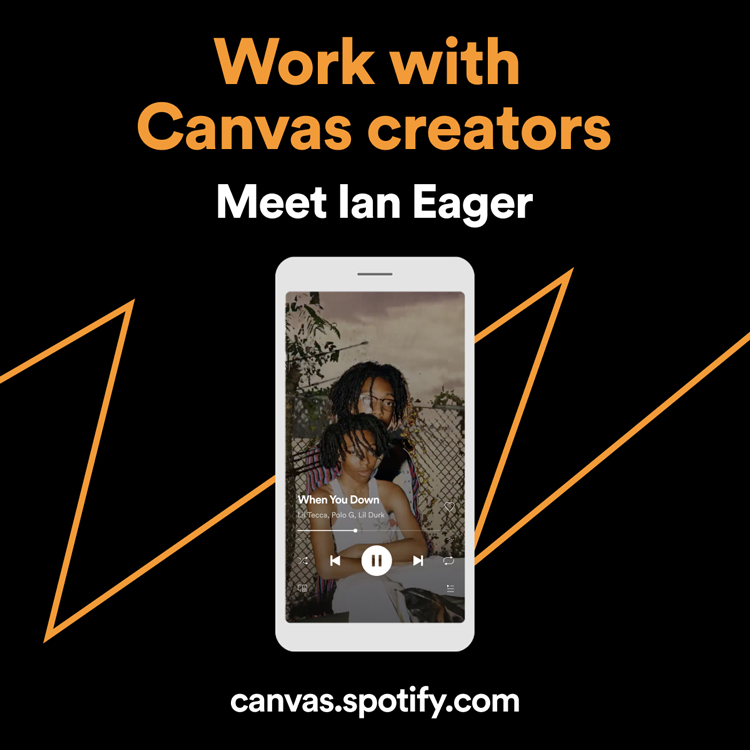 Spotify head of creator product marketing Sam Duboff tells Design Week that the feature also allows artists to “share their personality and point of view outside of their music on social media”.

He adds: “What artists love about Canvas is that it gives them the unique opportunity to connect with fans at the most important and emotional touchpoint: the moment of listening.”

Duboff says it’s as useful for a new listener experiencing an artist’s visuals for the first time or a “superfan living in the artist’s mind for a full album”.

An opportunity for an “artist to create a world” 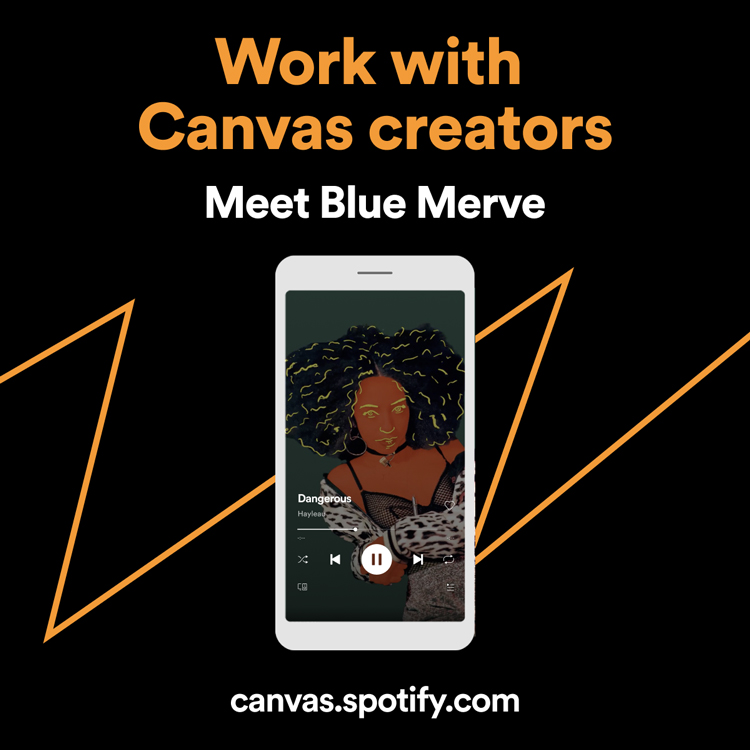 Spotify says it is the world’s most popular audio streaming subscription service with 320m users covering 92 markets. 144m of those are paying subscribers.

That means there’s a huge range of artists on the platform, from popstars to smaller independent acts. Duboff says that “artists at all career stages” have used Canvas during the beta period.

“There have been some amazing Canvases for singles that have a big marketing campaign behind them – but one of the great things about Canvas is that it doesn’t require a big budget to make one,” he says.

Canvas offers greater scope and more options for artists, according to Duboff. For those who might not be filming a full music video, Canvas could be the “core visual an artist makes to create a world around a track”.

He adds that it allows artists to “breathe new life” into an artist’s back catalogue by adding a Canvas to older songs. This can “re-energise songs” and “fans get really excited on social whenever a new Canvas pops up on one of their favourite songs,” he says. 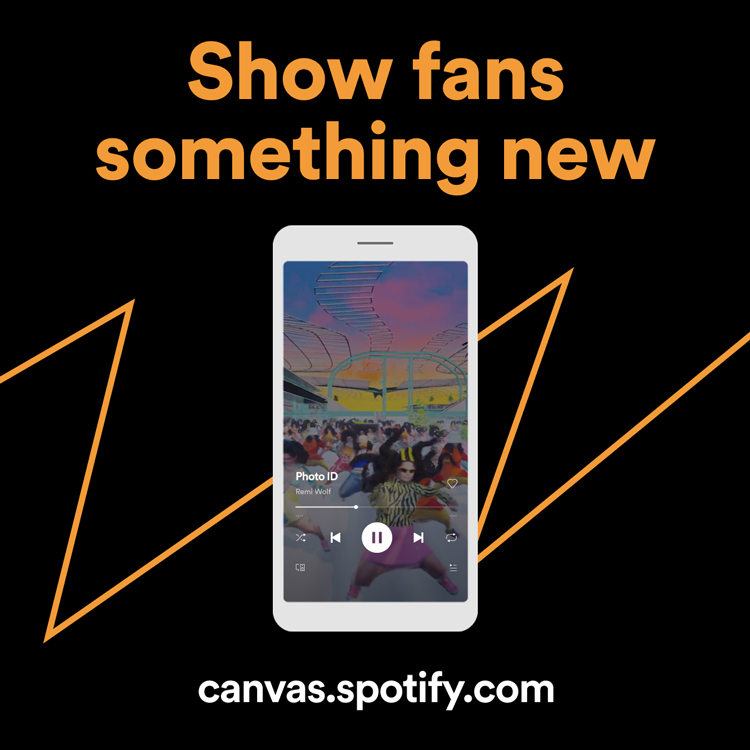 The intersection of design and music is a frequently explored topic. Design Week recently looked at the evolving concepts around vinyl’s renaissance, for instance.

American singer-songwriter Jeremy Zucker also uploaded vignettes in real time for his European tour. Grammy award-winning Beck even teamed up with NASA for the Canvas visuals for his latest album Hyperspace – the visuals were recorded on the space station.

“We think we’ve only seen the starting point of Canvas creativity,” Duboff adds.